Broadening the coordination which helped them deal a blow to Erdogan at 2019 local elections, the parties held a third meeting on Tuesday and plan weekly meetings to agree shared principles by year-end, those involved in the talks said.

“The opposition in Turkey is trying something that has never been tried before: getting united to confront the government,” political commentator Murat Yetkin said.

Support for Erdogan’s regime government is ebbing amid criticism of its handling of economic woes such as high inflation and unemployment, the COVID-19 pandemic and forest fires and floods.

The opposition talks aim to identify shared principles, rather than agreeing a presidential candidate, with the goal of ditching the presidential system of government introduced in 2018 and returning to a parliamentary system, participants said.

Opinion polls show the AK Party on around 31-33%, down from 42.6% in the 2018 parliamentary election, and its nationalist MHP ally on 8-9%, down from 11.1%, levels which would lead to Erdogan losing control of parliament at the next election.

IYI Party deputy chairman Bahadir Erdem said they agreed to focus on issues such as independence of the judiciary, media and academia, and laws concerning political parties and elections, with the aim of boosting the separation of powers and democracy.

“These six parties coming together is giving people hope. Instead of divisiveness, there is togetherness, uniting on common ground,” Erdem told Reuters, contrasting it with what he said was the polarisation under two decades of AKP rule.

CHP deputy chairman Muharrem Erkek, who also attended the talks, said Turkey was being “dragged to the edge of a precipice” by the presidential system, which puts far greater powers in the hands of the head of state.

“Citizens’ problems are worsening under this one-man system… A strengthened parliamentary system will inspire confidence,” he said.

An alliance of the right-wing IYI Party and the centre-left CHP led to Erdogan’s AKP losing control of Istanbul and Ankara municipalities in 2019, shattering his image of invincibility.

Since then, the government has faced growing economic and political challenges, and its handling of them has triggered rare expressions of concern in pro-Erdogan media.

Sabah newspaper columnist Dilek Gungor questioned the government’s success in communicating its achievements, such as major infrastructure projects over the last 20 years.

“Unfortunately, the government cannot even motivate its own base despite all these services and huge projects,” she wrote.

However the talks do not include the second biggest opposition party, the pro-Kurdish HDP, which has said it is not seeking to join any alliance.

“If the opposition does not look from the perspective of pluralism, it may win the election… but this change may create new and bigger chaos as it does not solve the country’s real social problems,” he told the T24 media outlet. 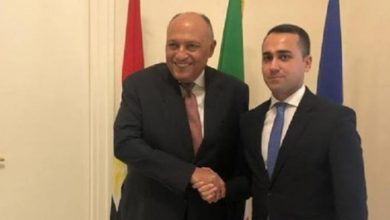 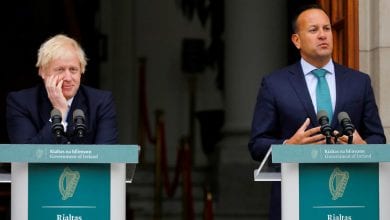 Brexit: ‘No backstop is no deal,’ Irish PM Varadkar says ahead of talks with UK’s Johnson 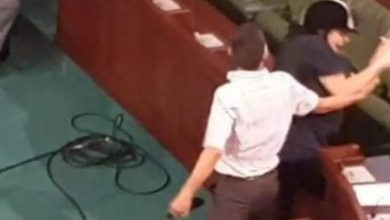 Abir Moussi: “I was beaten twice in the Tunisian Parliament”