Joe Biden on Friday outlined the foundations of his foreign policy in his first appearance on the world stage since becoming US president. While effectively rolling back years of Donald Trump’s isolationist approach to critical global challenges, he declared that America is back as a global leader. He stressed the importance of the transatlantic alliance through NATO and underlined the importance of working with the EU and other countries that share US values.

It was a largely humanitarian and optimistic message, focusing on shared global challenges like climate change, the coronavirus pandemic, the economic crisis, and approaching conflict resolution through multilateralism. He also stressed the role of diplomacy in ending wars and conflicts. Perhaps most importantly, he reaffirmed America’s reclaiming of its place in international institutions such as the World Health Organization (WHO).

Without mentioning the previous administration, Biden was determined to distance himself from Trump’s “America First” mantra, which distanced the US from the rest of the world and left the transatlantic alliance in shambles. The void left by the US was filled by Russia, especially in the Middle East but also in Eastern Europe. His commitment to working with other countries with which the US has shared values appears to be a cornerstone of the administration’s foreign policy. It is a message that stresses the importance of people’s rights and adherence to the rule of law. While underlining the need to push back against the Chinese government’s economic abuses and coercion that undercut the foundations of the international economic system, Biden recognized that the US and its partners see Beijing as a geopolitical threat that must be addressed. This position is not different from that of the previous administration.

However, unlike his predecessor, Biden did not shy away from criticizing Russia and its efforts to weaken the European project and NATO. He said President Vladimir Putin “wants to undermine the transatlantic unity and our resolve, because it is so much easier for the Kremlin to bully and threaten individual states than it is to negotiate with a strong and closely united transatlantic community.”

On foreign conflicts, Biden referred to Ukraine, Afghanistan, Iraq and Iran. On the last of these, he announced that the US was prepared to re-engage in negotiations with the P5+1 on Iran’s nuclear program, while also addressing Tehran’s destabilizing activities across the Middle East.

What matters here is that the US is once again assuming its leading role as a global power, while embracing multilateralism. This is important as the world struggles with the devastating effects of the coronavirus pandemic and a shrinking global economy. It matters that Biden has pledged $4 billion to support the WHO’s COVAX scheme to enable poorer countries to receive the vaccines. It also matters that the US will give diplomacy a chance in resolving global conflicts and that engagement will be through international institutions — Iran’s nuclear issue being a clear example.

But when it comes to the Middle East, President Biden and his team must admit that more than 20 years of military interventionism has not only failed to deliver peace and stability, but has actually exacerbated the region’s problems. While some analysts believe that Biden will embrace the pivot to Asia mantra of the Obama years, leaving the Middle East to fend for itself, others disagree.

World security is indivisible and the region’s predicaments have reverberated across the globe in the form of displaced refugees and waves of immigration that have flooded Europe from the Middle East, as well as homegrown terrorists and geopolitical shifts that have allowed countries like Turkey, Iran and Russia to extend their influence beyond their borders.

One cannot address Iran’s destabilizing activities without delving into the nuances of the Syrian civil war, Iraq’s inability to rid itself of sectarian divisions, Lebanon’s impending collapse, and Yemen’s horrific humanitarian catastrophe.

While the US today is less dependent on Middle Eastern oil, many of its partners in Europe and Asia are not. Even as Biden declares that the US will commit to promoting democratic values, he cannot ignore the region’s struggle and resistance to endorse such values.

His commitment to working with other countries with which the US has shared values appears to be a cornerstone of the administration’s foreign policy.

The US will continue to lead an international and regional coalition to fight Daesh and other terrorist groups, but it can only do so through engaging countries in the region.

America’s ties to the Middle East must go beyond the narrow boundaries of security and military partnerships. It must actively seek to de-escalate the region’s proxy wars and resolve its endemic conflicts — foremost of which is the Israel-Palestine question, which has polarized the region for so long.

Biden may not be able to achieve all this in the coming four years, but he can steer US policy toward achieving these goals in line with his Munich speech. The reality is that US leadership is sorely needed in these critical times in order to draw a road map toward ending the region’s terrible conflicts. 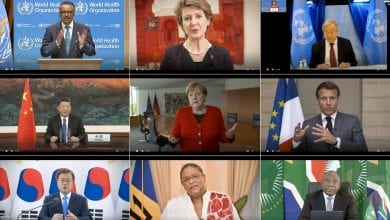 Global quandary over control of coronavirus vaccines and antiviral drugs 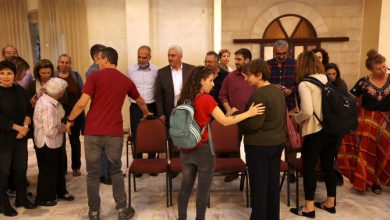 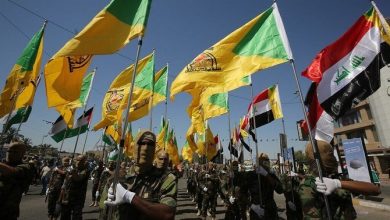