The anger sweeping along highways linking the humble hometown of Turkey’s leader and his plush lodgings in Ankara’s presidential palace is flashing a code red warning for Recep Tayyip Erdogan.

Tea growers, fishermen, small retailers, café staff and gas-station attendants — some of the typically low-paid, laboring Turks who have formed the backbone of Erdogan’s support over his two decades atop Turkish politics — are giving up on the ruling party as the cost of living surges.

An 800-kilometer (500-mile) journey this month along Turkey’s Black Sea coast and into its conservative hinterland showed how many are losing faith. Opposition parties control the major cities, meaning Erdogan and his AK Party must hold traditional bastions to stay in power at 2023 elections.

They have 18 months to win round disillusioned and wavering voters like Sahap Kardesler.

Emerging from a butcher shop in Iyidere, the 66-year-old pensioner had used credit to buy enough meat for several months. “I might not be able to afford it later,” he explained. “It’s not even clear what the price will be in an hour.”

His popularity waning amid pandemic-induced hardship, Erdogan has forced Turkey into a high-risk economic experiment. He’s leaned on the central bank to slash the cost of borrowing in search of the sunlit uplands of greater investment and better jobs, and lashed out at the power wielded by global finance.

Serving tea at his small Iyidere café, Selahattin Mete draws on his business acumen to accuse the president of being naive.

It’s his version of the path to export-driven riches followed in the past by some nations in Asia. Yet for now, the president’s divergence from orthodox economics is leaving people poorer — wiping more than 50% from the value of the lira currency this year and sending prices spiraling.

“You can’t say ‘I don’t accept interest rates’ when your economy is deeply connected to the rest of the world,” he said. Still loyal to Erdogan, Mete, 51, has had enough of the president’s Islamic-rooted Justice and Development Party, or AKP.

“They’re looking down at us,” he said. “At the beginning, they were one of us, ordinary people. Now they’re living in luxury.”

That’s a complaint you hear regularly in what are supposed to be AKP strongholds.

Iyidere is in Rize province, home to Erdogan’s father until he left to work in Istanbul and where the president spent some of his childhood.

That personal connection means many here refrain from directly criticizing Erdogan, who first as prime minister and, since 2018, as president with broad executive powers won support building highways, hospitals and ports — including one under construction near Iyidere — to lift up down-at-heel provinces. More than 800 pairs of presidential scissors used to cut opening-ceremony ribbons are on show in Ankara.

But members of the president’s party stand accused of cronyism and extravagant lifestyles that have left them out of touch.

In one recent example, Treasury and Finance Minister Nureddin Nebati drew criticism for comments on the economy that appeared insensitive.

“You have a salary. What would you lose at most? You will be crushed under inflation,” said Nebati, whose family own a chain of textile stores. “But I will lose all of my assets if this doesn’t work out. We have a thousand employees.”

Turkey’s central bank intervened in currency markets again on Friday to tame the lira’s fall after it surged past 17 to a dollar.

Erdogan has blamed rampant inflation, which reached an annual 21.3% in November, on global price spikes as well as local hoarders, and has sought to assure voters his government won’t abandon them. “While implementing our new economic program, we stand by all segments with support packages that will be needed,” he told AKP lawmakers. On Thursday, he announced a 50% increase in the minimum wage for next year.

Not everyone is listening. A November survey by Metropoll showed support for the AKP at 26% excluding undecided voters, its lowest in the party’s 20-year history. That drops to 21% among the section of society with the lowest incomes.

The president’s job approval is hovering around 39%, near record lows last seen in 2015, according to Metropoll. The opposition Nation Alliance was backed by 39.5% of respondents, it said, a sliver behind the Erdogan-led Republican Alliance on 40%. The leading pro-Kurdish party, HDP, is estimated to have more than 11% of the vote and could potentially back the opposition’s presidential candidate.

“The biggest concern among voters is clearly inflation,” Nomura Holdings Inc. said. “The worrying thing from the palace’s point of view is that it has seen a sharp drop in support” among low-income voters.

The AKP won more than 58% of ballots in the provincial council vote in Rize in 2019, and 67% in the last parliamentary election in 2018. But that solidarity is being tested.

“There’s no life for us amid back to back price hikes,” said 64-year-old pensioner Yildirim Mete as he enjoyed a stroll in the sun. Incomes from tea cultivation, the lifeblood of the local economy, had fallen, he said.

In May, Erdogan revived the idea for a multi-billion dollar canal, an alternative to Istanbul’s Bosporus strait, that would link the Black Sea with the Sea of Marmara and create thousands of jobs. So far, it remains just a proposal as Turkey seeks ways to finance construction.

Permanent work is top of Fatma Nur’s list of goals, yet the 21-year-old student of social work was waiting tables at a nearly empty fish restaurant in the coastal town of Arsin.

“I voted for the AK Party before but will certainly not support it in the next elections,” Nur said, admitting she was unsure who to back.

Her hair covered with a head scarf, she accused the government of failing to protect Turkish women after activists reported an increase in deadly violence. In March, Turkey withdrew from an international treaty that aims to protect women, arguing it clashed with the country’s religious values.

Nur had just two tables to tend and further west in Carsibasi, fisherman Osman Akkan, 43, had seen his income plummet as Turks cut back.

“I was selling 80-100 kilograms of fish a day, now I can barely sell half of that,” he said. “There’s less demand even for cheap horse mackerel.”

Not everyone was lamenting their luck. A few meters away from Akkan’s fish stall, 44-year-old driver Cengiz Kayas was praying on a green rug next to his newly purchased truck.

as praying on a green rug next to his newly purchased truck.

“Yes, there’s inflation but there’s demand for my services so I am able to reflect any price increases in my fees,” said Kayas. “If we join our forces, we shall overcome these economic difficulties. I don’t see anyone other than Erdogan” as leader.

Still, the mood along the route to Ankara was downbeat. In Ordu, baker Oner Tekin had fired two workers and was considering closing his shop as fast-rising flour prices ate into his income. And in Samsun, the largest city on Turkey’s Black Sea coast, Osman Haliloglu  had spent heavily to stockpile enough tires for next year, hoping he’ll be able to sell them at competitive prices.

“Many drivers who come here are cursing at frequent price increases in gasoline and diesel,” said Orhan, 27, with mutterings such as “may Allah break my hands if I vote for the AK Party ever again” commonplace.

Discount retailers have more customers than ever but even their prices are beyond women like Ayse Denizci, who was scouting for bargains in Delice, near Ankara. She left empty handed.

Denizci and her family typically vote for the AKP. “But we probably won’t support it anymore,” she said. “The knife has cut to the bone. We need change.” 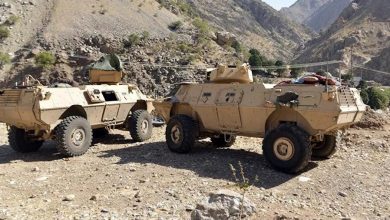 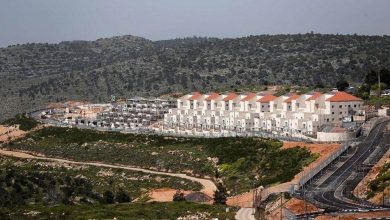 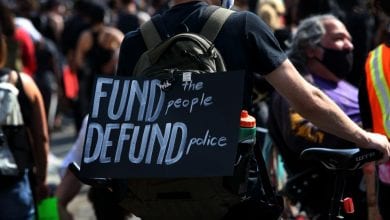