The threat of a nuclear war has been discussed since the conflict between Russia and Ukraine began in February but in recent days, fears that the threat might become reality have increased.

This week, in addition to action conducted by Ukrainian forces on Aug. 5, shelling took place on Aug. 8 at the Zaporizhzhia Nuclear Power Station, the largest nuclear power plant in Europe and one of the 10 largest in the world, which is currently controlled by Russian forces.

All aspects and developments related to the Russia-Ukraine conflict deserve special attention but the clashes at the power plant in particular represent a special danger due to the possibility of damage to containers of spent nuclear fuel. This could lead to a “catastrophe the scale of which will not be possible to manage,” as noted by the head of Energoatom, the Ukrainian state authority responsible for operating the power station. Could this be this a turning point in the nuclear arms race, and is the nuclear threat now closer than ever?

Frankly, the situation does seem very dangerous, not only for those involved in the conflict and nuclear powers, but also for the rest of the world. The complexity of the situation is increasing with each new development.

The short-term complexity involves the future status of the Zaporozhye area, after the Russian-appointed head of the region, Yevgeny Balitsky, signed an order to hold a referendum on its reunification with Russia. The order was signed, publicly, on Aug. 8 during an event held by the We Are Together With Russia movement in the city of Melitopol, with the unanimous support of more than 700 regional representatives.

This will clearly lead to further military escalations. In such conditions, how can the situation be managed? One possibility, as suggested by the head of Energoatom, is for the international community to create a demilitarized zone around the plant. Earlier, UN Secretary-General Antonio Guterres warned that attacks on the nuclear power station are a suicidal act, as he called for an immediate halt to the shelling and for international inspectors from the International Atomic Energy Agency to be granted access to the facility.

The situation is indeed complex as the threat of nuclear war is directly linked to the decisions of the great powers that have nuclear arsenals; it involves many strong and powerful actors.

At the international level, the situation is also complicated by escalating hostilities. In May, for example, Russian presidential spokesman Dmitry Peskov said that everyone wanted to avoid a direct conflict between Russia and NATO but in July, Russian Deputy Foreign Minister Alexander Grushko stated that NATO was starting a new arms race. Grushko also noted that Russia was taking the necessary measures to ensure its national security.

Similarly, on Aug. 1, US Secretary of State Antony Blinken said that Washington would consider the use of nuclear weapons, “in extreme circumstances,” to protect the interests of the country and its allies and partners. On Aug. 4, the director of the Financial Flow Supervision Department of the Chinese Foreign Ministry said that the “US nuclear arsenal is a virus and security threat.”

What is most concerning is that at the same time these comments were being made, the nuclear powers were also taking action.

On Aug. 8 for example, immediately after the shelling of the Zaporizhzhia Nuclear Power Plant, Russia officially notified Washington of its decision to temporarily suspend inspections of its nuclear arsenal by the US carried out under the terms of the treaty on Measures for the Further Reduction and Limitation of Strategic Offensive Arms.

This “New START” treaty, signed by US President Joe Biden and Russian President Vladimir Putin in 2021, was viewed by some as a positive development in bilateral relations and efforts to avoid a renewed arms race. Nonetheless, Russia’s decision to suspend cooperation rather confirms the words of Guterres, who declared on Aug. 6: “We are witnessing a new arms race. The disarmament treaties that were concluded in the last century are under threat.” This is both concerning and challenging.

To sum up, the nuclear threat within the global political framework has reached a new peak. The dynamics of the war in Ukraine, including the military escalations, and the growing diplomatic tensions between great powers amid geopolitical rivalries raise concerns for the future of all those involved. The role of diplomacy has increasingly failed.

Nonetheless, it seems that the only solution to the crisis lies in diplomatic actions and a commitment to international law. While the “big” states, with all their power and arsenals, compete over who is stronger and more powerful, perhaps it is time for smaller states, whose security concerns have always heavily relied on diplomatic efforts, to show the power of their wisdom. Maybe the key to preventing nuclear war is in their hands. 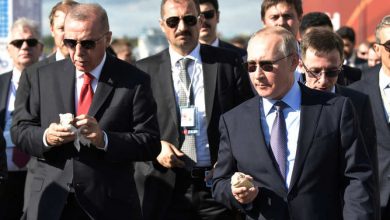 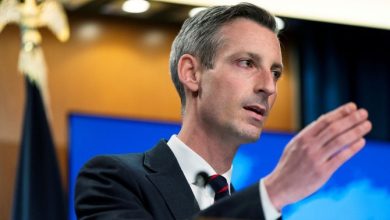 Why any new nuclear deal with Iran is destined to collapse 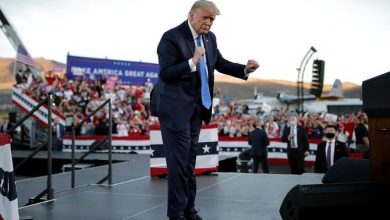 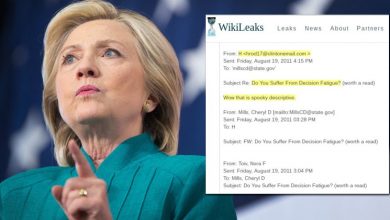