The event on the White House South Lawn, attended by Prime Minister Benjamin Netanyahu and the foreign ministers of Bahrain and the UAE, will be the first time Arab nations have established relations with Israel since Egypt in 1979 and Jordan in 1994.

US President Donald Trump on Tuesday will preside over the signing of historic diplomatic deals between Israel and the Gulf states of Bahrain and the United Arab Emirates that could herald a dramatic shift in Middle East power dynamics and boost his reelection hopes.

Hundreds of people are invited to attend, and a symbolic handshake between the Arab representatives and Netanyahu is not ruled out, the official said.

“Coronavirus (is) in the background of everybody’s minds, although everybody will have been tested,” he said. So “if they are to engage in any sort of physical contact that will be understood”.

For the Mideast, the deals dubbed the Abraham Accords mark a distinct shift in a decades-old status quo where Arab countries have tried to maintain unity against Israel over its treatment of the stateless Palestinians.

Gulf states normalise ties with Israel: ‘Netanyahu’s victory almost as much as it is Israel’s’

Feeling increasingly abandoned, Palestinian leaders on Sunday urged demonstrations in the occupied territories and outside embassies of the United States, Israel, Bahrain and the UAE to protest what they called “shameful agreements”.

But other, powerful forces are transforming the playing field in the region.

All four countries celebrating at the White House on Tuesday share a common hostility towards Iran, which Trump has put under crippling economic and diplomatic pressure.

The thaw will also give Israel and its two new Arab partners a big economic opening, just when they are looking to rebuild after the international slowdown triggered by the coronavirus pandemic.

Trump will enjoy the optics of presiding over a historic breakthrough less than 50 days before election day, which opinion polls show he is currently on course to lose.

After an often bruising, chaotic first term on the diplomatic front, Tuesday’s event is seen as a rare piece of good news that even some Democratic critics have applauded.

Netanyahu, a close Trump ally who faces a corruption trial and criticism over his handling of the coronavirus pandemic, could also use a dose of good news coverage.

“It’s Netanyahu’s victory almost as much as it is Israel’s,” said FRANCE 24’s correspondent in Jerusalem, Irris Makler.

The UAE, meanwhile, has been using the negotiations as part of its campaign to pressure Washington to override Israeli objections and sell it the cutting edge F-35 warplane.

Trump has keenly promoted weapons sales during his government and would clearly be happy to tout job-creating announcements before the election.

Details of exactly what’s in the Abraham Accords remain sketchy, with the documents yet to be published. The White House official said that there would be one common document and then separate bilateral agreements between Israel and the two Arab countries.

Another important element left unclear on the eve of the signing was whether the large crowd expected at the White House would respect anti-coronavirus protocols.

Israel is about to enter a new three-week lockdown to combat surging infections. And according to an AFP tally over the past two weeks, Israel is second behind Bahrain for the world’s highest coronavirus infection rate.

Trump, rarely seen in a mask, is leading a charge in the United States to lift restrictions, saying that the worst is over and Americans need to get back to normal life.

The senior administration official said mask wearing was encouraged but “we’re not going to require anybody to do so”. 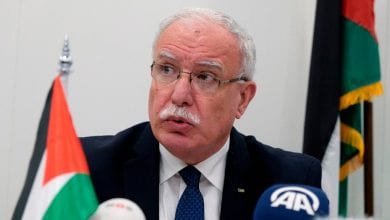 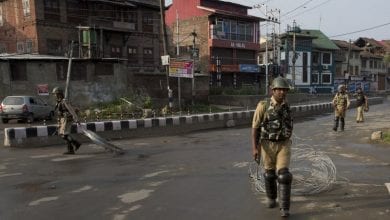 India arrests more than 500 in Kashmir as Pakistan suspends railway 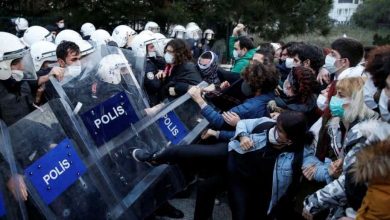 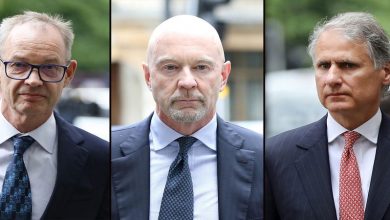