Top US administration officials were caught off-guard last week by President Joe Biden’s assertion that the country was ready to take military measures in defense of Taiwan if China tried to seize it by force.

This caused a great deal of confusion and raised questions about whether Washington has decided to change its consistently ambiguous policy on Taiwan.

During his visit to Japan, a reporter asked Biden if the US would be willing to get involved in militarily defending the island if it were to be invaded by China. The US president shocked his administration by saying yes without hesitation. “The idea that it can be taken by force, just taken by force, is just not appropriate. It would dislocate the entire region and be another action similar to what happened in Ukraine,” he added.

Beijing did not wait for further elaboration from the US before expressing its dissatisfaction and firm opposition to the president’s remarks. Foreign Ministry spokesperson Wang Wenbin stressed that there would be no room for compromise or concession regarding his country’s sovereignty and territorial integrity. He sent a message to the US and its allies by saying: “No one should underestimate the strong resolve, determination and capability of the Chinese people in safeguarding national sovereignty and territorial integrity. No one should stand in opposition to the 1.4 billion Chinese people.”

The White House, Department of State and the Pentagon quickly walked back Biden’s third unscripted remark on China, all of which have unnecessarily escalated tensions between the two world powers.

“As the president has said, our policy has not changed. The United States remains committed to our One China policy, which is guided by the Taiwan Relations Act, the three joint communiques and the six assurances. We oppose any unilateral changes to the status quo from either side,” said Secretary of State Antony Blinken. He reiterated that his administration does not support Taiwan’s independence, as it expects cross-strait differences to be resolved by peaceful means.

However, Blinken also emphasized Washington’s focus on the Chinese threat, which he described as the “most serious long-term challenge to the international order.” This statement did not sit well with the Chinese. Wenbin accused the secretary of state of spreading false information by exaggerating the Chinese threat and distorting the image of his government’s domestic and foreign policies.

At the World Economic Forum last Monday, former Secretary of State Henry Kissinger advised against a direct confrontation, stressing that Taiwan should not be at the core of the negotiations between China and the US.

Although a threat from China is inevitable, this is not the right time for the US to escalate tensions between the two countries.

Although a threat from China is inevitable, this is not the right time for Biden to escalate tensions between the two countries, with the US and its allies already engaged in opposing the Russian war on Ukraine, which threatens international stability. The Western world has learned a lesson from Russia’s aggression. But that does not mean Washington should stand still and wait for Beijing to act. It is better to be ready for the worst-case scenario, even if the chances of it happening are very slim.

During a phone conversation with John Rossomando, an independent defense policy analyst, he told me that the US has learned, through Russia’s invasion of Ukraine, how critical it is to be prepared for any surprise attack, highlighting that any Chinese attack on Taiwan would be sudden, without warning and likely under the ruse of military exercises. “Estimates suggest that China could invade within the next five years. It is imperative to ensure that Taiwan has adequate drones, anti-ship missiles, sea mines and defenses against Chinese cruise missiles and ballistic missiles sooner than later. The enemy decides when and where it will invade,” he said.

There is no comparison between the consequences of the war in Ukraine and a possible confrontation between Beijing and Taipei due to one fact: The latter would lead to a direct war with the US, which would require significant support from its regional allies like Japan, Australia, South Korea and Singapore.

According to Rossomando, the Chinese would likely immediately impose an air and naval blockade of the island, while retaliating by firing missiles at Guam and Okinawa, which host US military bases. He added: “The US would need to issue a formal declaration of war because China is a major power. Washington would need at least two carrier battlegroups and innumerable attack submarines near the island to intervene because the force would be needed on the first day of the war.”

Washington and its allies need to develop a defense strategy, increase their force commitment and prepare to go to war tomorrow to deter Beijing. Such a strategy would force China to calculate the risks and consequences of its actions.

A war between the world’s two superpowers would be far more dangerous and destructive than the current war in Ukraine and would force many other countries worldwide to get involved.

Biden should never forget what George Washington once said: “If we desire to secure peace, one of the most powerful instruments of our rising prosperity, it must be known that we are at all times ready for war.” 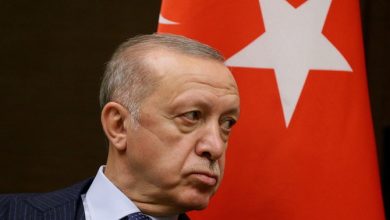 Turkey toying with idea of new military operation in Syria 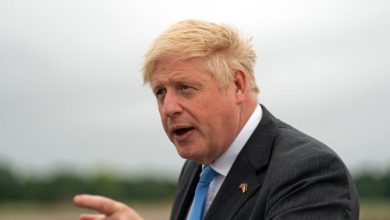 Dumping refugees: Johnson’s latest attempt to save his political skin 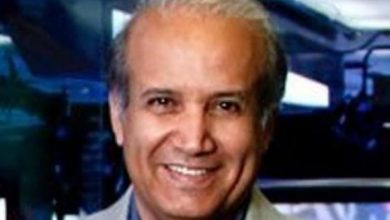 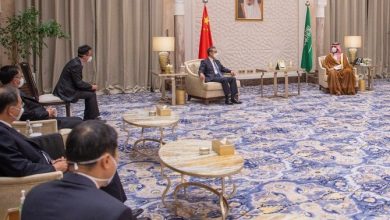