The United States on Friday accused the Russia of wanting to “freeze” Ukraine into submission since it has failed to triumph on the battlefield, as Moscow pushed ahead Friday with moving thousands of civilians out of the occupied Kherson region.

Since Kyiv’s forces have advanced against the invading troops in the east and south of Ukraine, Russia has repeatedly rained missiles and explosive drones onto Ukrainian infrastructure.

“President (Vladimir) Putin seems to have decided that if he can’t seize Ukraine by force, he will try to freeze it into submission,” US Secretary of State Antony Blinken said after G7 foreign ministers met in Germany.

The West vowed to assist Ukraine to rebuild after the damage by Moscow’s strikes.

The top diplomats from the club of rich nations agreed a structure to funnel aid to Ukraine to replace infrastructure targeted by Russia after they held two days of talks in Muenster.

The United States, which has already committed to more than $18.2 billion of security aid to Ukraine since the invasion began in February, is also examining options to address the damage.

Sullivan told a press conference in Kyiv that  Ukraine had an “acute need for air defense in this critical moment”.

The Pentagon announced  Friday it will fund the refurbishment of T-72 tanks and HAWK surface-to-air missiles as part of a $400 million security assistance package for Ukraine.

Ahead of a mounting Ukrainian counter-offensive, Moscow continued to pull civilians out of the Kherson region, with Putin saying residents must be “removed” from danger zones.

The Russian army said “more than 5,000 civilians” were being led across the Dnipro River every day, showing footage of soldiers directing lines of cars onto flotillas crossing over to the river’s eastern bank.

Moscow’s forces began urging tens of thousands of civilians to leave Kherson in mid-October, vowing to turn the region’s main city of the same name into a fortress.

Kyiv has likened the departures to Soviet-style “deportations” of its people.

“Those who live in Kherson should be removed from zones of dangerous fighting,” Putin said on Red Square as he marked Russian Unity Day, a patriotic holiday.

“The civilian population should not suffer from shelling, an offensive, a counter-offensive or other such things,” he said.

Western countries, meanwhile, have urged Putin to extend a landmark deal for the export of Ukrainian grain to avert a global food crisis, which is up for renewal on November 19.

Russia rejoined the UN-brokered deal on Wednesday, after suspending its participation for four days over a drone attack on its Black Sea fleet in Russian-annexed Crimea, but has threatened to pull out again.

On a visit to China, German Chancellor Olaf Scholz urged Putin to extend the deal.

“Hunger must not be used as a weapon,” he said.

“I urge the Russian president not to refuse to extend the grain agreement which ends in a few days.”

He asked China’s Xi Jinping — who has good relations with Moscow — to use Beijing’s “influence” to stop fighting in Ukraine.

“The Russian war in Ukraine is a dangerous situation for the whole world,” Scholz said.

In Moscow, Putin led patriotic celebrations on Unity Day — a holiday he instated in 2005 to celebrate fending off a Polish invasion in 1612.

Speaking to a handful of patriotic volunteers, Putin said 318,000 recruits had signed up since he announced a military call-up in September, which has since been completed.

That exceeded his target of 300,000 because “volunteers keep coming”, he claimed.

Of that number, 49,000 were taking part in active fighting.

Putin’s draft led to another wave of tens of thousands rushing to leave the country. Russia’s ex-leader Dmitry Medvedev on Friday called them “cowardly traitors and greedy defectors”.

The Kremlin chief said he wanted to restore historical monuments in the occupied territories so that those “who lived under crazy, idiotic propaganda for 30 years” would know “where their ancestors came from”.

He singled out the port city of Mariupol on the Sea of Azov, which was flattened by weeks of battles over its steelworks and fell into Russian hands in May.

“Mariupol is a very famous — an ancient, you could say — Russian city,” Putin said.

The war has dragged on into its ninth month, forcing millions to flee Ukraine and leaving thousands of troops dead on both sides.

He said Russian authorities had a “lot to work on” in reconstruction plans of the city. 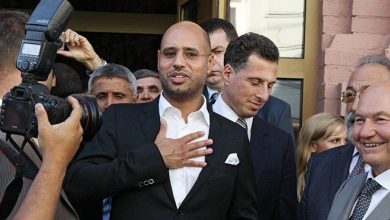 Is the return of Saif al-Islam Gaddafi to political scene in Libya a realistic option? 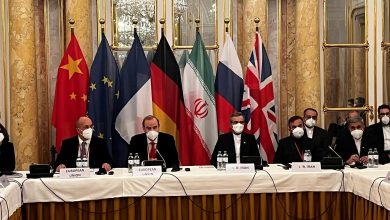