A Syrian peace conference in Russia was marred by discord on Tuesday as the Russian foreign minister was heckled and an opposition delegation pulled out after seeing the symbol of the congress featured only the Syrian regime flag.

Russia, a staunch ally of Syrian President Bashar al-Assad, was hosting what it called a Syrian Congress of National Dialogue in the Black Sea resort of Sochi that it hoped would launch negotiations on drafting a new constitution for Syria.
But in a blow to Moscow, which has cast itself as a Middle East peace broker, the event was boycotted by the main Syrian opposition coalition, while powers such as the United States, Britain and France stayed away because of what they said was the Syrian government’s refusal to properly engage.
Western countries support a separate UN-mediated peace process, which has so far failed to yield progress towards ending a war that is entering its eighth year.
That stance was reiterated on Tuesday by France’s Foreign Minister Jean-Yves Le Drian, who told French lawmakers that a solution to the Syrian crisis could only come about under UN auspices, and that “this must happen in Geneva, not in Sochi”.
Lavrov heckled
The Sochi gathering opened with Russian Foreign Minister Sergei Lavrov reading out a statement from President Vladimir Putin saying the conditions were ripe for Syria to turn “a tragic page” in its history.
But some delegates stood up and began heckling Lavrov, accusing Moscow of killing civilians in Syria with its air strikes. Other delegates shouted out their support for Russia.

The incident was broadcast on Russian state TV where two security guards were shown approaching one man in the audience indicating that he should sit down.
Several delegates, who declined to be identified, told Reuters that organisers had later been forced to suspend a plenary session due to squabbling among delegates over who would be chosen to preside over the congress.
Flag row
In a further setback, one group of delegates, which included members of the armed opposition who had flown in from Turkey, refused to leave Sochi airport until Syrian government flags and emblems which they said were offensive were removed.
Ahmed Tomah, the head of the delegation, said his group was boycotting the congress and would fly back to Turkey because of the flag row and what he called broken promises to end the bombardment of civilians.
Turkey, which supports Syrian rebels vying for Assad’s ouster, is co-sponsoring the conference along with regime-backer Iran. Its involvement has prompted authorities from Syria’s Kurdish autonomous region to also boycott the Sochi talks in protest at the ongoing Turkish offensive on the Kurdish enclave of Afrin.
No mention of Assad
Russian officials have complained of attempts to sabotage the Sochi conference, which was originally billed as a two-day event but was reduced to a one-day event at the last minute.
Lavrov said he would “not make a tragedy” of the fact “two or three groups” could not take part, adding: “Of course, nobody thought that here we would manage to bring together representatives of all various groups of the Syrian people without exception.”
In closing remarks, UN Syria envoy Staffan de Mistura said delegates had agreed to the formation of a committee to discuss the country’s post-war constitution. He said the UN would lead efforts to form the committee with government and opposition representatives, but did not specify how this would happen.
A copy of the final statement, seen by AFP in Arabic, did not mention the fate of Syria’s Assad. 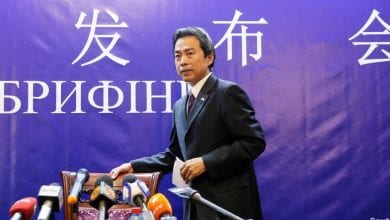 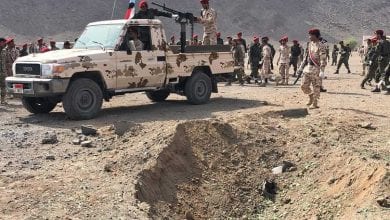 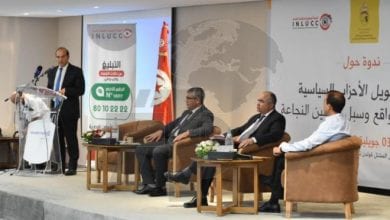