Ever since Queen Elizabeth officially appointed Liz Truss as prime minister of the UK on Sept. 6, she has endured a rocky ride, including the queen’s passing and her firing her chancellor in less than six weeks.

Truss has had some tough decisions to make on how to manage the UK’s debt now that the major threat of COVID-19 has passed. As with many nations post-pandemic, creating an economic solution to move forward is fraught with risk, both of economic failure and of political and public disapproval. There is no easy solution, and certainly none that will appease all stakeholders. The world is currently a very uncertain place. COVID-19 has left many countries with a huge financial deficit, which has to be recouped, but it is a matter of how and over what timescale.

In the UK, the costs back in 2020 were forecast to be about covering the support of healthcare and public services during the pandemic, including vaccine rollouts and household and business costs, such as furloughing staff to save a dramatic rise in unemployment. In reality, the costs have been much greater, increasing the need for public sector borrowing.

The government introduced several policies to aid individuals and businesses during lockdowns during the pandemic. These policies included business loans and grants, tax cuts and the furlough scheme. This was, of course, all on top of the UK’s Brexit settlement to the EU, rising fuel prices with warnings of electricity blackouts, logistics delays and increased wheat prices due to the conflict in Ukraine. All of these matters made for a very uncertain international playing field and an uncertain future.

Despite this, the Office for Budget Responsibility was showing very small improvements in projected economic growth of 3.8 percent, but at a slower rate than last October’s predictions of 6 percent. Inflation in March had also doubled to 8.7 percent, compared to October’s forecast of 4.4 percent, while borrowing was predicted to be £99 billion ($111 billion) over the next year, dropping each subsequent year in line with the government’s targets.

Following Boris Johnson’s resignation, Truss won her position by promising to hold off on the tax increases that would pay for the pandemic and, in fact, lower corporation tax and income tax, with the aim of encouraging international investment. Last month’s mini-budget composed by Truss and her Chancellor Kwasi Kwarteng also planned to limit public sector and household energy bills (at a projected public cost of £60 billion), as many people feared the vulnerable would have to choose between food and heating.

While admitting faults is a strong move, this U-turn weakens the PM’s position and her opponents will make the most of the opportunity

Truss and Kwarteng also hoped this would slow the rising inflation and encourage the public to continue spending, thereby benefiting the economy. This was in contrast to former Chancellor Rishi Sunak’s prime ministerial race proposal, which followed a hard-line Conservative approach to pay back what was owed now, rather than carry over large debt for a future generation to pay.

The effect was dramatic in both speed and effect, with investors lacking faith in the plan, showing their concern at the UK’s 3 percent 10-year borrowing rate and fearing it could rise as high as 6 percent, leaving the pound to plummet — its level against the dollar being the lowest since 1985.

Truss also faced heavy criticism from socialists, who said she was supporting the rich and leaving the poor and low-income homeowners to suffer further economic hardships due to vastly increasing interest rates and inflation. The latter reached 10.1 percent in the 12 months to September, higher than the likes of Germany, France, Italy and Canada.

She has now taken the bold step — but possibly the only one open to her, considering the strength of her critics and the investors flooding out of Britain — to backstep on her economic plans, including those that would have revoked a 6 percent rise in corporation tax. Her other major action of firing Kwarteng may seem unfair, considering it was these budget plans that initially got her selected as PM.

New Chancellor Jeremy Hunt has political experience but none with running the country’s economy. However, his decisions to reverse most of the mini-budget’s plans have been successful, with the pound growing against the dollar and the bond price sweeping upwards. Interest rates for next year are also predicted to be lower at 5 percent, which should slow inflation and help homeowners. What will be less popular with UK citizens is the decision to limit the fuel price cap to only six months, although this will at least cover the cold winter months.

Truss and Kwarteng’s plan was a bold one — looking to the future, aiming to attract and maintain international investors in the UK and not to struggle along paying the debts of COVID-19 and Brexit, but to blow away the doubts and fears, to stand tall and show the world that the UK was ready to take risks, welcome investors and rebuild, all the while shielding the nation from rising energy costs until those investments matured. But amid the world’s current great uncertainty, investors are less willing to take unorthodox risks and Truss’s roll of the dice did not produce a favorable result.

While admitting faults is a strong move, this U-turn weakens her position and her opponents will make the most of the opportunity, as she now has to move closer to Sunak’s proposals. Truss and Hunt may be helped by the latter’s creation of an independent Economic Advisory Council, which perhaps would have been the better choice as soon as Truss came to power, to allow more consideration before making the huge changes the country so badly needs.

We do not yet know the effect of the UK’s earlier decision to tax sovereign wealth funds, but the U-turns on maintaining corporation tax levels and lowering income tax for high-earning individuals could seriously impact investment in the UK, although inflation must also be managed to limit the impact on the most financially vulnerable.

We will see how confidence in the economy and in Prime Minister Truss fares in the coming days and weeks as the UK enters its most important retail season in the run-up to Christmas. 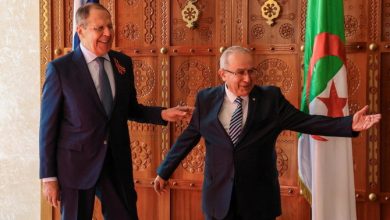 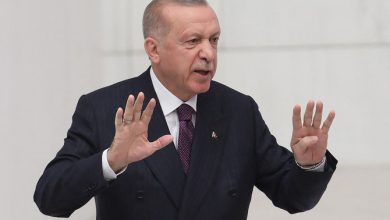 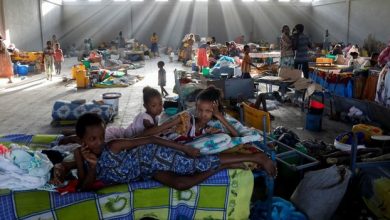 Belarus joining the war in Ukraine could be risky, even for Putin