Thousands of potentially vulnerable inmates were set free or sent to home confinement to reduce the risk of large-scale outbreaks. Visitation was halted, and isolation wards were designated for those who would be exposed.

As the coronavirus storm was making landfall in the USA, prison and jail officials across the country anxiously braced for the onslaught.

Detention authorities are deep into managing hundreds of infected and quarantined inmates, whose numbers have been changing by the day.

Chicago’s Cook County Jail, one of the largest in the country, reported 251 prisoner infections and one death as of Thursday. After announcing its first infection more than two weeks ago, the federal Bureau of Prisons had 284 infected inmates and eight deaths as of Thursday morning. At least 169 sick inmates were in medical isolation Thursday in Texas, and more than 28,000 have been assigned some form of medical restriction limiting their movements because they may have been exposed to COVID-19.

“Due to the sheer size of our system, when you add one more thing to the equation, it’s going to be a challenge,” said Jeremy Desel, spokesman for the Texas Department of Criminal Justice, which operates the largest state prison system in the country with 140,000 offenders. “But the management of this is going as well as could be expected.

The mission has been increasingly complicated in some systems because of a rising number of workers who have become ill.

“There is no playbook for something like this,” said Cook County Sheriff Thomas Dart, who converted a former boot camp facility to accommodate up to 500 sick inmates and others who exhibit symptoms of the virus.

“It’s like a darn Rubik’s Cube,” the sheriff said, referring to the hand-held puzzle game. “You turn up the pressure one way, and see what you get.”

Amid mounting infections in the federal Bureau of Prisons last week, Attorney General William Barr announced a plan to expedite the release of especially vulnerable prisoners to home confinement from three prisons where authorities scrambled to contain outbreaks.

Get the Coronavirus Watch newsletter in your inbox.

“We are experiencing significant levels of infection at several of our facilities, including the Federal Correctional Institution Oakdale (Louisiana), Danbury (Connecticut) and Elkton (Ohio),” Barr said. “We have to move with dispatch in using home confinement when appropriate to move vulnerable inmates out of these institutions.

“Given the speed with which this disease has spread through the general public, it is clear that time is of the essence,” the attorney general said.

Ohio Gov. Mike DeWine, noting three deaths at the federal prison in Elkton, ordered the temporary deployment of National Guard medics this week to assist with prisoner medical care there.

“Providing state help for this federal prison is the right thing to do,” DeWine said.

Outbreak is ‘ravaging the facility’

Since March 26, when Barr issued his first memo calling for an expansion of home confinement, federal prison officials said they have moved nearly 800 inmates from across the 122-prison system to serve out the remainder of their terms at home.

“Given the surge in positive cases at select sites and in response to … Attorney General Barr’s directives, the BOP began immediately reviewing all inmates who have COVID-19 risk factors, as described by the CDC, to determine which inmates are suitable for home confinement,” the agency said.

The low-security Oakdale compound, where five federal inmates have died, has been hardest hit.

This week, six chronically ill Oakdale inmates sued for their release, claiming in a class-action lawsuit that authorities have been unable to manage an outbreak that is “ravaging the facility.”

In court: Prisoners sue for release from prison where coronavirus has killed 5 inmates

The lawsuit, filed Monday on the inmates’ behalf by the American Civil Liberties Union, asserted that Justice Department efforts to expedite releases have not moved fast enough to identify medically compromised and other vulnerable inmates.

“We recognize these are challenging times for the Bureau of Prisons, but the situation at Oakdale … is unacceptable,” Republican Rep. Mike Johnson said this week. “The BOP must take decisive action to protect the health and safety of the staff, officers, prison population and surrounding community.”

Communities could be affected, too

Sen. John Kennedy, R-La., said the threat inside the prison could expand to the outside community of about 8,000 residents.

“What goes on at this federal prison affects inmates, staff and the broader Oakdale community,” Kennedy said. “We need answers about what happened in Oakdale and how the Bureau of Prisons is going to mitigate this outbreak.”

Ronald Morris, president of the union that represents Oakdale prison workers, said four hospitals have been treating the most seriously ill inmates. At least three, Morris said, were on ventilators.

At the Oakdale complex, where officials said 35 prisoners and 13 staffers had tested positive as of Thursday, Morris said 713 had been quarantined.

Morris said tempers flared Wednesday evening when officers sought to return some inmates to a general population unit from quarantine.

“They (general population inmates) were scared that they could be infected,” Morris said, adding that the scuffle lasted about 10 minutes and resulted in no injuries to staffers. He said four inmates from the general population unit were placed in isolation.

“They panicked,” Morris said of the inmates. “These have been long days.”

Federal prison officials said the inmates being moved from quarantine “were not a health risk,” though other prisoners “were confused about their status and began objecting.”

“The matter is under review,” the agency said in a statement.

In Texas, prison spokesman Desel said an “emergency command center” has been operating since early March to help track the extent of the outbreak within the system.

By last week, Desel said, the turnaround time for virus testing had been cut from up to five days to 12 to 36 hours. He said all of the tests were run through the University of Texas Medical Branch in Galveston.

In a further effort to control the spread, the state’s prison system stopped accepting inmates from some county jails, including Dallas and Houston counties, where there have been reported cases of the virus.

Still, the virus has proved formidable.

Tuesday, the state system reported what it believed to be its first virus-related inmate death.

Officials said Bartolo Infante, 72, a sex offender, suffered from a number of “preexisting medical conditions” and had been hospitalized for pneumonia when he tested positive for COVID-19 on April 3. 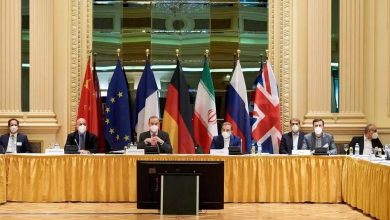 Fifth round of US-Iran nuclear talks to start in Vienna 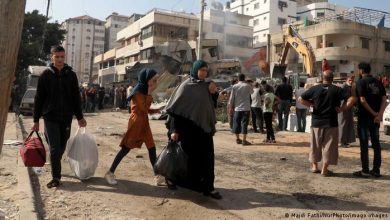 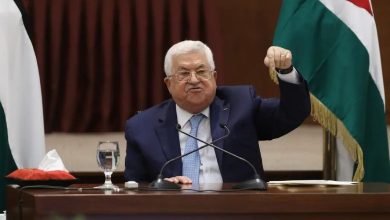 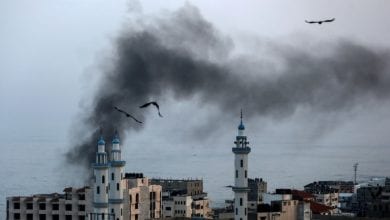