The life expectancy of Daesh’s “caliphs” gets ever shorter. The group has been forced to acknowledge the second death of a leader in just a few months. Militants are not even particularly grieved about these losses because they know nothing about either the new or the old leaders; they simply blindly pledge cult-like loyalty to these shadowy figures.

In Iraq and Syria, Daesh’s murderous activities mercifully appear to be in terminal decline, with sharply reduced numbers of attacks confined to a dwindling number of localities — in particular, areas like Kirkuk, Nineveh and Salahuddin, where Iran-backed Hashd paramilitaries appear happy to turn a blind eye. Daesh sees these Tehran-affiliated paramilitaries as its most promising route back to preeminence, given their unceasing efforts to destabilize the Iraqi state and trigger sectarian tensions. Hezbollah and the Hashd never tire of demonizing all Sunnis as Daesh supporters, despite the group’s actual presence in Lebanon being vanishingly small.

Despite daily reports of the arrest and killing of extremists, Daesh’s demonic predecessors have rebounded from strategic defeat in the past. Dazzled by their millennial worldview, they believe that history is on their side and, if they are on the back foot today, victory is assured in five, 20 or 100 years. The confused and unresolved situation in Syria, where parties like Turkiye, Iran, Russia and a confusing spectrum of extremist groups jostle for control, is ripe for a Daesh comeback in the near future, particularly if the group succeeds in its ambition of “breaking the walls” of vast camps where tens of thousands of militant suspects are held.

In Afghanistan, Daesh’s “Khorasan Province” has gone on the rhetorical offensive, improbably denouncing the Taliban as sellouts to the West who have massively compromised on their Islamic principles. By staging bloody attacks against Shiites and other minorities, Daesh cynically claims that the Taliban has made itself the protector of “apostates” and “infidels.” Such narratives may be paying off in conservative tribal areas on the Afghan-Pakistan border, where many erstwhile Taliban supporters question why they have not benefited from the group’s return to power. Just in the last couple of days, Daesh tried to assassinate Pakistan’s ambassador to Kabul.

However, it is in Africa where Daesh is most conspicuously and aggressively expanding. In 2018, more than 80 percent of Daesh’s activity was concentrated in Iraq and Syria, now the majority of its attacks are staged in Africa. Its extremists dominate vast regions of central Mali, northern Burkina Faso and Niger, with attacks reaching as far as Benin and Togo. Because these forces have focused on recruitment along tribal lines, they have been able to expand rapidly, with devastating attacks featuring hundreds of motorcycle-riding fighters deployed against other tribes, self-defense militias and state forces.

Some of the biggest battles have been between Daesh and Al-Qaeda personnel, both groups seeking to dominate these vast ungoverned spaces. In recent weeks, Daesh published grizzly images of dozens of Al-Qaeda fighters it had killed.

Meanwhile, Daesh franchises in Mozambique and the Democratic Republic of the Congo continue to flourish, carrying out almost daily attacks against Christian-majority villages, slaughtering dozens of people at a time. The group claimed about 300 attacks in these two states during 2022. In northern Mozambique, scarcely a month goes by without the group boasting of expansion into new areas.

Daesh’s largest and best-established branch dominates vast territories throughout the Lake Chad region, particularly in northeastern Nigeria, with the group claiming about 500 attacks in 2022. In propaganda videos, the group has demonstrated how it is training and indoctrinating new generations of young fighters, while engaging in vigorous campaigns of preaching, propaganda, taxation and outreach to win over local communities in remote areas outside state control. Those accused of collaborating with the military are brutally slaughtered.

Throughout 2022, Daesh has embarked on an ambitious initiative to expand to new areas of central and western Nigeria, with a succession of attacks in areas where the group has never been seen before and an ambitious prison break near Abuja in July that freed hundreds of extremists.

Such is the scale of these gory achievements that Daesh’s victory-starved leadership in Syria and Iraq has been heavily promoting its African victories in its worldwide propaganda, glorifying its African territories and encouraging extremists to migrate.

One of the biggest “success” stories for militants is in Somalia, much of which is dominated by the Al-Qaeda-affiliated Al-Shabab. On the back of a continuous string of high-profile attacks, Al-Shabab fighters last week targeted a popular hotel next to Mogadishu’s presidential palace, killing nine people.

Despite all this, Western states have been disengaging from the Sahel region and surrendering influence to Russian Wagner Group mercenaries. One could be forgiven for thinking “better Russia than nobody” — yet these Wagner forces have made a bad problem worse through grotesque massacres of civilians that further drive communities into the arms of extremists. Moscow’s efforts to exploit vulnerable states for countering Western influence further fuels a climate of instability, disinformation and chaos.

Throughout the 1990s, the Clinton administration shortsightedly ignored the expansion of Al-Qaeda and related groups in Sudan, East Africa, the Maghreb and Afghanistan, setting the scene for 9/11 and two decades of the “war on terror.” We are still living with the consequences of these mistakes, including with Joe Biden’s ignominious retreat from Afghanistan, surrendering the country to the Taliban, Al-Qaeda and Daesh.

I am frequently shocked in conversations with Western officials about governments’ lack of bandwidth for dealing with more than one crisis at a time; as if the Ukraine crisis makes it impossible to focus on comparably momentous developments in Iran, Afghanistan and Palestine. Yet, without urgent attention, extremist expansion throughout Africa will erupt in all our faces.

As these malignant forces consolidate their positions to the south of Europe’s frontiers, the predictable next step is for militants to exploit this strategic depth by staging attacks against Europe, America and the Middle East. Must we really watch history repeat itself? 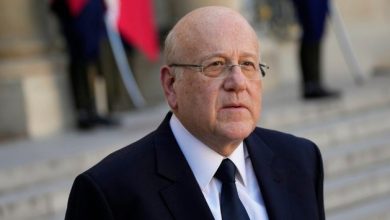 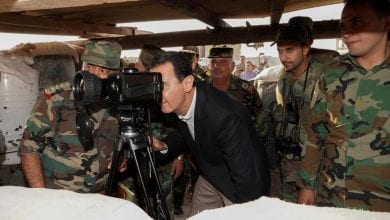