Foreign ministers from Egypt, Ethiopia and Sudan have agreed to meet in the Democratic Republic of the Congo this Saturday to discuss the Grand Ethiopian Renaissance Dam (GERD), after Egyptian President Abdel Fattah el-Sissi reiterated his country’s concerns about the project.

The three-day meeting in Kinshasa will be hosted by Congolese President Felix Tshisekedi, who is also the chairman of the African Union. Egypt and Sudan had previously urged the Congolese government to help mediate talks on the dam, as they seek to settle their years-long dispute over the project.

Ethiopia views the Nile dam as necessary to meet its energy needs, while Egypt sees the project as a threat to its water supply further downstream. Nile water is ‘untouchable,’ el-Sissi warns

The meeting comes after el-Sissi on Tuesday made a veiled threat towards Ethiopia on the dam, saying his country’s share of the Nile River is “untouchable.” During a press conference, el-Sissi said there would be “instability that no one can imagine” if the GERD is filled and operated without a legal agreement between Nile Basin countries.

“No one can take a single drop of water from Egypt, and whoever wants to try it, let them try,” the former general el-Sissi said. “No one imagines that it will be far from our capabilities.”

The Sudanese government has previously warned Ethiopia against unilaterally filling the dam, claiming such a move would threaten Sudan’s national security.

The Ethiopian government did not respond to el-Sissi’s remarks, but Prime Minister Abiy Ahmed recently said “Ethiopia doesn’t have any intention to cause harm to Sudan and Egypt. But we also don’t want to live in darkness.”

What’s the current status of the GERD project?

Construction of the 145-meter-tall (475-foot-tall) dam in Ethiopia began in 2011. The operation to fill the reservoir behind the dam began in July 2020.

When it is completed, the dam will become not only the largest hydroelectric plant in Africa but also the seventh largest in the world. It will take 4 to 7 years to fill the reservoir behind the dam. 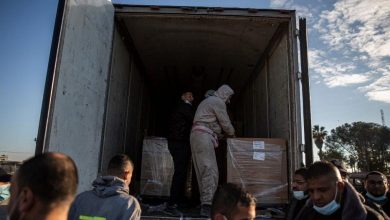 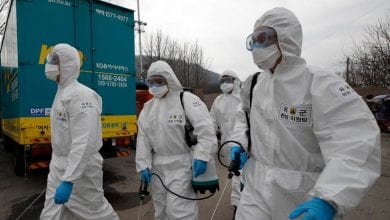