Recordings at the core of a recent New York Times report on efforts by Egyptian officials to press media figures to tacitly support the recognition of Jerusalem as the Israeli capital have been released online — and castigated as fake by authorities.
The article, published on December 6, describes phone calls between an Egyptian intelligence officer and, separately, three journalists and a famous actress, urging each to persuade the public to accept the decision.
In the recordings, a man identified as intelligence officer Captain Ashraf al-Kholi says that publicly Egypt would continue to denounce Jerusalem being recognised as Israel’s capital, but that the journalists, all hosts of influential talk shows in Egypt, should encourage viewers to accept it, arguing that opposition would only result in more Palestinian deaths.
Conflict with Israel was not in Egypt’s best interest, al-Kholi said on one of the calls. “We don’t want to go to war. We have enough on our plate as you know.”
Pro-Islamic State group militants in the Sinai region have been battering Egyptian forces there and Egypt has alleged that Hamas supports them. Unrest in Gaza could further hamper Egyptian efforts to gain control of Sinai.
“The point that is dangerous for us is the intifada issue,” Captain al-Kholi elaborated. “An intifada would not serve Egypt’s national security interests because an intifada would revive the Islamists and Hamas. Hamas would be reborn once more.”
One of the hosts contacted by al-Kholi, Azmi Megahed, confirmed the authenticity of the recording to The Times. Journalist Mofid Fawzy said such a call never took place and talk show host Saeed Hassaseen did not comment. The fourth person, an Egyptian movie star known as Yousra, could not be reached.
Swift denials
The Egyptian State Information Service (SIS) was quick to respond, issuing a three-page statement saying that Fawzy and Hassaseen are not active journalists and that both Megahed and Hassaseen denied knowing al-Kholi. Yousra has no relationship to journalism, the statement said.
The SIS also said that The Times article didn’t provide any proof that al-Kholi is, indeed, an intelligence officer.
The security service noted that Egypt has articulated a clear and consistent position on Jerusalem and submitted a resolution to the UN Security Council demanding that Trump reverse his decision to move the US embassy there.
The SIS followed up with another statement the next day to “reaffirm the invalidity of The Times’ allegations and deny flatly and categorically the existence of a person by this name working with the Egyptian Intelligence Service”.
The Islamist Mekameleen satellite channel posted the audio recording on YouTube the day after The Times article was published. In each of the four phone calls the man identified as al-Kholi argues the merits of not opposing the Jerusalem decision.
Despite the government’s swift renunciation of the article, The Times has not issued a correction, indicating that it stands by its report.
Support for Jerusalem as the capital of Israel is sacrilege in the Arab world, but with a changing power dynamic in the region that position may be recalibrated.
White House senior advisor Jared Kushner and Saudi crown prince Mohammed bin Salman are growing ever closer in their mutual opposition to Iran, a stance they share with Israeli prime minister Benjamin Netanyahu. With a common enemy, alliances in the region are shifting, and Arab states such as Egypt are increasingly finding themselves on the same side of issues as Israel.
For the public, though, support for the Palestinians remains inviolable, so Egyptian authorities will be loath to be seen as anything other than entirely committed to their cause.
A history of interference
While the stance of the Egyptian government on Palestine may be murky, its willingness to influence media coverage is crystal clear.
Sherif Mansour, Middle East and North Africa program coordinator for the Committee to Protect Journalists said that his organisation has documented many instances of journalists being warned or threatened by military or government security officials.
“It’s something that happens on all levels of the government,” Mansour told our reporters.
And it is widely known.
“The basic point that there is communication between security services and media personalities isn’t something that is particularly controversial for someone to say,” H.A. Hellyer, non-resident fellow at the Atlantic Council and associate fellow at the Royal United Services Institute, told our reporters.
The incident reported in The Times is not the first time audio about media manipulation has been leaked.

In January, 2015, Mekamaleen posted a recording of Abbas Kamel, head of the president’s office, directing Ahmed Ali, the former spokesman of the Armed Forces, as to how he should recruit media figures to encourage the public to support President Abdel Fattah al-Sisi. 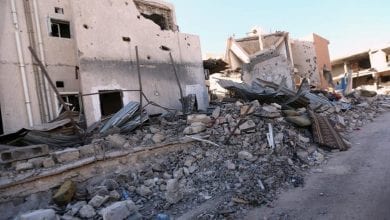 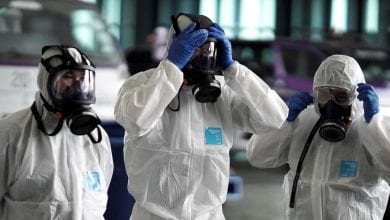 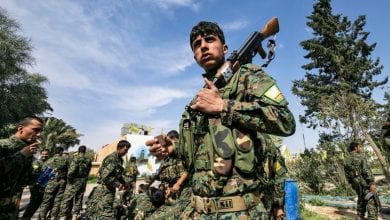