The heads of the International Energy Agency (IEA) and the European Union’s executive branch have said that the 27-nation bloc is expected to successfully weather an energy crisis this winter.

Speaking at a news conference on Monday, IEA Executive Director Fatih Birol cautioned that the bloc needs to speed renewables to the market and take other steps to avoid a potential shortage next year in natural gas needed for heating, electricity and factories.

“This winter, it looks like we are off the hook,” Birol said, despite “some economic and social bruises”. However, he added that “the crisis is not over and next year may well be … much more difficult than this year”.

Even after Russia cut most natural gas to Europe amid its war in Ukraine, EU countries largely were able to fill gas storage for the winter heating season by tapping new supplies, saving energy and benefiting from mild weather and low demand from China amid COVID-19 lockdowns.

But those reasons could evaporate next year, making it critical that the EU focus on ramping up energy efficiency efforts, easing the way for renewables and continuing to conserve energy, Birol said during the joint news conference with European Commission President Ursula von der Leyen.

According to the IEA, the EU faces a possible natural gas shortfall of up to 30 billion cubic metres (bcm), citing the potential of losing the rest of Russian pipeline supply and a tight market for liquefied natural gas, or LNG, that comes by ship if Chinese demand rebounds. Total EU gas consumption was 412 bcm in 2021.

Though the EU has been able to “withstand the blackmail” from Russia and taken actions to lower prices and build up supply, von der Leyen said “more is needed”. Ahead of an EU energy ministers meeting Tuesday and a European Council gathering on Thursday, she urged the bloc to make joint purchases a reality, saying “every day of delay comes with a price tag”.

Plus, “nobody can guarantee that next year’s temperature is as mild is this year”, Birol said.

Von der Leyen also hoped for a “political agreement” in the coming days on a stalled gas price cap that is meant to ease the pain of high energy costs. Countries from Poland to Spain are demanding cheaper gas to ease household bills, while Germany and the Netherlands fear a loss of supply if European nations can’t buy above a certain threshold.

“The issue is to find the right balance that we cut off the price spikes and manipulation and speculation,” she said. “And on the other hand, that we do not cut off supply coming to the European markets.”

Von der Leyen also called for an acceleration of renewables and increased investment in the energy transition from both the national and EU level. She said the commission will propose boosting the EU’s framework for investing in clean technology. She also suggested forming an EU “solidarity fund” to raise cash for energy investments.

“We have come quite a long way, but we know that we are not done with our work until families and businesses in the European Union have access to energy that is affordable, that is secure, and that is clean,” she said.

While Europe has seen prices fall from summertime peaks and winter storage was filled far ahead of schedule, it’s still in an energy crisis after the war in Ukraine led to a massive cutback in natural gas supplied by Russia, from which the EU had been receiving about 40 percent of its supply. Now, it’s competing for more expensive LNG that comes by ship from places like the United States and Qatar. 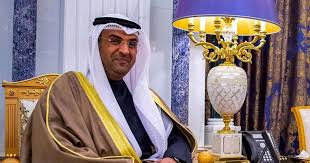 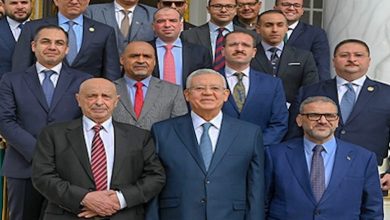