Police fired tear gas at protesters in Nantes on Saturday as skirmishes broke out on the fringes of a demonstration and tributes to a young concert-goer who disappeared and drowned in the western French city.

The death of Steve Canico has become a fresh focal point for protests and scrutiny over policing methods in France. The 24-year-old disappeared in late June at a concert where police clashed with late night revellers by the riverbank in Nantes.

His body was found in the Loire River earlier this week.

Tributes to Canico planned for Saturday morning coincided with calls for a broader march to denounce police brutality. That was attended by several hundred people.

Small groups of people, wearing bandanas on their faces and masks, used chairs to erect barricades in a square, set fire to piles of debris and hedges, and threw rocks at police, French television showed.

A handful ripped up a street sign and used it to try to bash in the door of a building, according to the footage.

By mid-afternoon, around 40 people had been arrested, local authorities said.

Some parts of the city centre were declared off limits to demonstrators ahead of time, amid concerns there could be unrest if so-called black bloc hooligans joined the march.

“Yellow vest” demonstrators, who have led anti-government marches for several months across France, had also called on social media for people to join the protest.

Canico went missing on the night of June 21 to 22, when he attended a late-night open-air techno concert. The exact circumstances and timing of his disappearance are still unclear.

Police fired tear gas to disperse party-goers and end scuffles after the event ran over its allotted time. Fourteen people fell into the river.

Prime Minister Edouard Philippe released a report on Tuesday saying no link had been found between the police intervention and Canico’s disappearance.

The disappearance – which prompted five weeks of protests and calls of “Where Is Steve?” on social media until his body was found – has become a fresh rallying cry for anger in France at police tactics.

Authorities had been already criticised by rights groups for excessive use of force and crowd control weapons during the height of the “yellow vest” movement.

Canico’s family distanced itself from Saturday’s demonstrations and did not take part in gatherings, fearing they might descend into violence, their lawyer Cecile de Oliveira told France Info radio.

“Steve was apparently someone who was particularly peaceful, calm and gentle,” she said. “These types of violent flare-ups were totally unlike him, and he hated them.” 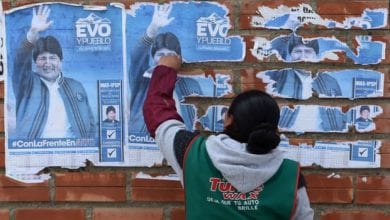 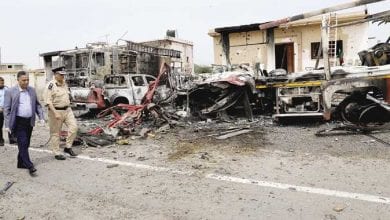 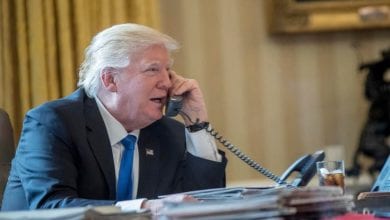