A week-long French prison strike sparked by a spate of inmate attacks on guards looks set to enter a second week after unions on Saturday rejected proposals to end the standoff.
A solution to the crisis had looked to be inching closer after two of France’s three major prison unions– CGT and Ufap-Unsa — suspended a protest action to put fresh proposals on security and employment to staff after a week of tension.
But by Saturday evening both those unions said their members had rejected the proposals as they called for a “total blockage” of prisons on Monday.
The strike has seen guards across the country down tools following a string of attacks by inmates and scuffles at jails, including Europe’s biggest, Fleury-Merogis just south of Paris.
A third major union, FO, did not join the talks and called for an even tougher stance after rejecting a draft agreement proposing the creation of 1,100 guard jobs over four years, “including a first tranche of 100 jobs from 2018”.
Currently, the prison service employs 28,000 guards in 188 establishments holding about 78,000 prisoners.
The CGT said it would not sign up to the floated proposals it dubbed as “falling well short” of their demands and called on members to follow its call to blockade all prisons from Monday.
They were later backed by Ufap-Unsa, the biggest union representing some 40 percent of prison staff.
The draft proposals text, which was sent to Justice Minister Nicole Belloubet, included measures to improve security for guards and a defined regime for “terrorist and radicalised detainees”, allowing for a “total lockdown on the management of most dangerous detainees”.
FO fiercely opposes the proposals, with the union’s deputy secretary general Yoan Karar labelling them as “window dressing”.
Reforms promised
On Friday in Borgo on Corsica, three inmates, including one under surveillance for Islamic radicalisation, attacked two guards with a knife, wounding one of them seriously.
On January 11, German convict Christian Ganczarski, a former top Al-Qaeda militant, attacked three officers with scissors and a razor blade at a high-security prison in northern France.
Two other attacks followed in less than a week, prompting guards to launch a nationwide strike calling for improved security at often overcrowded prisons.
Prison authorities said the strikes were affecting 80 of France’s facilities.
French guards have long complained of low pay, insufficient staffing and overcrowding — the Fresnes prison near Paris is currently at 200 percent capacity.
And they increasingly warn they are endangered by inmates under the sway of Islamic extremists.
President Emmanuel Macron has promised to outline plans for an overhaul of the prisons system by the end of February, expected to include facility renovations and expansions to house an additional 15,000 inmates. 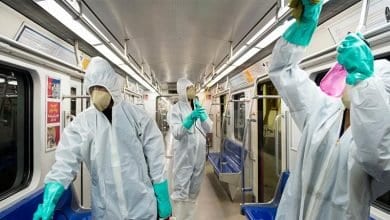 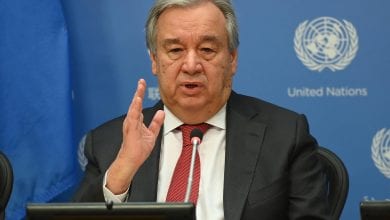 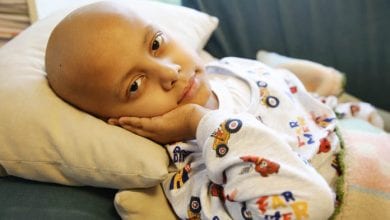 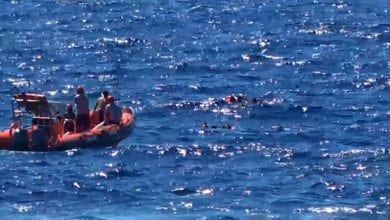