West Germany became world champion in Switzerland in 1954, ending a record streak of 31 unbeaten matches for Hungary over four years, after a final known as the “Miracle of Bern”, overcoming the shock of Uruguay’s coronation that stunned the candidate Brazil four years ago.

In the shadows of the Alps, it was a surprise the size of the mountains. The Germans, returning after a forced and punitive exclusion following the loss of the Nazis in World War II, compensated for a resounding fall against Hungary 3-8 in the first round with an incomplete squad, to a surprise 3-2 victory, so that the football world absorbs a historical lesson: Never exclude the Germans.

Before the final of the “Wanckdorf Stadion” in Berne in front of 60,000 spectators, the sky turned dark and it rained, it was time for a Bavarian shoe maker named Adi Dassler, who later turned into an international giant in the sports supplies industry (Adidas). He had devised the removable nails, and as the rains got intensified, Germany coach Sepp Herberger asked him to put the nails in.

There was doubt about the participation of the deadly left-footed Hungarian star Ferenc Puskas in the final, with an ankle injury that kept him out of two matches, but coach Gustav Špisz took a risk and pushed him from the start. The “General” did not disappoint his coach, so he opened the scoring after only six minutes, before his colleague Zoltan Zibor doubled the yield after two minutes, taking advantage of de Manschaft’s defensive confusion, so everyone thought that the scenario of the first match would inevitably be repeated.

The Germans, who are known to not surrender until the final whistle, had another opinion, as Max Morlock managed to reduce the difference in the 11th minute, and Helmut Ran, the electrician originally who was called at the last moments when he was playing an international tournament in Uruguay, added the second in the minute. 18, goalkeeper Gula Grosic nets. Four goals in less than a third of an hour!

“They looked angry after the first half, they started yelling at each other and their game became disorganized,” recalled German striker Otmar Walter.

As the field turned boggy in the second half, Dassler’s nails did their job. Despite a stand and a crossbar for Hungary, Ran himself dealt the knockout blow, six minutes before the time expired, by scoring the winning goal to the astonishment of everyone, to win Germany its first world title, after canceling the equalizing goal of Puskas for offside. Since that time, the sports shoe industry has witnessed limitless development.

After the third goal, the famous radio announcer Herbert Zimmerman was silent for eight seconds, before he could comprehend the magnitude of the great achievement.

“All over the world, we have not been recognized politically, economically and sportingly,” said German winger Horst Eckel. “After this victory, we had an entity again.. We were proud to contribute to the rebuilding of West Germany.”

In 2010, a university study indicated that a large number of German players had injected methamphetamine, which was given to German soldiers in World War II, and it is a stimulant.

“My body was full of shrapnel.”

Captain and attacking midfielder Fritz Walter, described by Kaiser Franz Beckenbauer as “the player of the century in Germany without any doubt”, raised the Jules Rimet Trophy as he handed over the beautiful gold sculpture. Walter, a former prisoner on his way to execution in Siberia during World War II, was rescued by a football match with the Russian army.

The spearhead of Otmar, Fritz’s younger brother, was among the 29 survivors when his ship was ambushed near Sherpur. Rescued by German support ships, dozens of his colleagues drowned around him.

“My body was full of shrapnel,” recalled Otmar, who had recovered in Brest where the Americans had landed on the nearby Normandy coast. He returned in late 1946, after two years in a prisoner of war camp.

After the victory, the players were shocked to hear the banned German anthem “Deutschland oper Alice” (Germany Above All) from the crowd, and the diplomatic justification was that they had not yet memorized the new version. But the justifications were negated after the president of the German Football Association, Beko Baufens, delivered a chilling speech to the players in Munich, which was immediately cut off by Bavarian broadcasters. He considered Herberger and his men to be “representatives of all German” and was quoted as using the word “Fuhrer Prinzeb” (Fuhrer’s Principle).

On the fiftieth anniversary of FIFA, the World Cup was held in Switzerland, the headquarters of the International Federation.

The beautiful nature was chosen to host the 1954 World Cup due to its neutrality in the World War and therefore its economy was not affected. It was held in the summer with the participation of 16 teams, including 12 from Europe, and was the highest scorer in history with an average of 5.38 goals. And Austria’s 7-5 victory over Switzerland in the quarter-finals, was and still is the most prolific goal-scoring in the history of the World Cup.

The group system was abandoned in the final round, and the playoffs returned, starting from the quarter-finals, after a first round that did not witness the confrontation of the first two seeded in each group. It was the first version that most of its matches were filmed on television.

The Hungarian national team, led by scorers Puskas and Sandor Kocic (best scorer in 1954 with 11 goals, including six with his head) and mastermind Nandur Hidikouti “The Old Man” (due to his light hair), was unbeaten between 1950 and 1954 and defeated the prestigious England 6-3 at Wembley Castle in London a year ago.

He swept Germany 8-3, South Korea 9-0 and Turkey 7-0, then beat the strong Brazil 4-2 in the quarter-finals in a match known as the Battle of Bern, due to the roughness that continued until the dressing rooms and witnessed the expulsion of Brazilian and Hungarian players, and then beat Uruguay 4-2 in the semi-finals, while Germany beat Austria 6-1 in the last box. 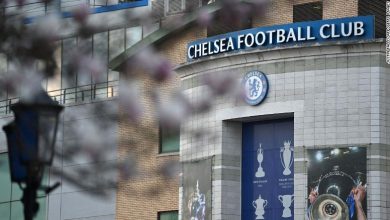 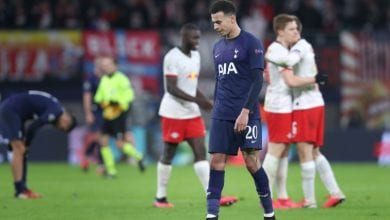 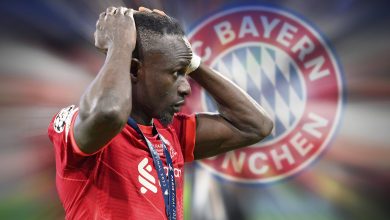 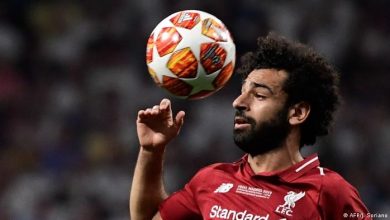