Is it possible we are on the brink of peace in Libya at last? Do the warring parties there have a sincere desire to end the country’s political and military crises, and for life to return to its pre-2011 normality?

The latest developments might lead to that but they might also lead to nothing, especially if the most recent steps — the ceasefire in particular — are simply a strategic maneuver and not a sincere attempt to resolve the dispute. History teaches us we must wait and see the final results, not judge outcomes prematurely.

The Libyan National Army (LNA), led by Field Marshal Khalifa Haftar, and the speaker of the Libyan House of Representatives, Aguila Saleh, reached an agreement this week with the Government of National Accord (GNA), led by Fayez Al-Sarraj, for an immediate and complete ceasefire. This was followed by an announcement that elections will be held throughout the country in March next year.

The development was applauded by Cairo, which is geographically the closest state to the conflict zone and so has a strong vested interest in Libya’s stability, in statements issued by the Ministry of Foreign Affairs and President Abdel Fattah El-Sisi. It was also welcomed by a large number of western and Arab governments, which support an agreement that might pave the way to ending the violence.

Did Egypt’s recent actions succeed in defusing the crisis? Time will tell whether peace breaks out, and the sincerity of intentions on all sides will be key, but the GNA announced the ceasefire two months after El-Sisi unveiled the so-called Cairo Declaration, an Egyptian initiative to resolve the crisis. So far, certainly, this appears to be a victory for Egyptian diplomacy.

The Turkish-backed GNA endorsed the declaration, and it even received Ankara’s approval. Turkish President Recep Tayyip Erdogan’s spokesman, Ibrahim Kalin, stated clearly that Turkey does not want to enter into a confrontation with any country on Libyan territory, and expressed his appreciation for Egypt’s constructive role in the crisis.

The Presidential Council of the GNA also said that it looks forward to Egypt playing a “positive role” during the next stage of the process, and hopes it will lead to stability and peace.

Cairo has suffered greatly recently from the effects of terrorism, and fears that neighboring Libya might turn into a militia state given the mercenary groups the GNA has been cooperating with to extend its control over the west of the country, and the territorial advances made by these groups with clear Turkish support.

The crisis might be permanently defused by the intervention of other concerned international parties, including Russia. Georgy Borisenko, the Russian ambassador to Egypt, said his country is making great efforts to work with the Turks to avoid crossing the “red line” in Libya set by El-Sisi. The Egyptian president said in June that any attempt by Turkish-backed forces to attack the strategic city of Sirte would cross a red line and trigger military intervention by Egypt.

Borisenko also said Moscow supports the Cairo Declaration, which paves the way for a peaceful solution to the conflict. He added that Russia is continuously engaged in discussions with Turkey to reach a permanent ceasefire agreement and halt the movement of GNA forces.

The envoy said his country understands the concerns of its Egyptian partners about national security, especially given the presence of many terrorists in eastern Libya, which poses a threat to Egypt, Russia, the US and the world at large. He added that the current situation was the result of the destruction of state institutions in 2011, as Libya, which was prosperous nation, descended into civil war.

The GNA’s Presidential Council met at the start of this week, a day after announcing the ceasefire, in preparation for the launch of the political peace process. It subsequently issued a statement that, to say the least, pours poison into the honey.

The council thanked Turkey, Qatar and what it called the “brotherly and friendly countries” that had supported the position of the reconciliation government and the Libyan people during the crisis. It affirmed that a modern civil state is an “irreversible option,” and stressed its firm rejection of “the militarization of the state.” This is a worrying phrase, despite its apparent decent intention in the eyes of the world.

Certainly, most would welcome the establishment of a civil state and reject militarization. But how, for example, will the armed militias that have been supporting the GNA be dismantled? How will the mercenaries, who came in their thousands to Libya to support the GNA in its conflict with the LNA, be expelled?

The process of reversing the facts and presenting the GNA to the world as an innocent party continued as the Presidential Council also emphasized the importance of resuming the political process in an environment “where there is no place for those whose hands are stained with the blood of Libyans, and whoever committed violations that amounted to war crimes and crimes against humanity. No waiver of applying justice to them.” This implies a desire to hold accountable the leaders of the LNA, who they believe committed crimes against the Libyan people.

Could all of this apparent peace effort be no more than a tactical maneuver? The GNA ceasefire announcement coincided with a statement by Gen. Ahmed Al-Mesmari, spokesman for the LNA, in which he said that its forces had detected Turkish ships advancing toward Sirte and adopting an offensive posture.

He said: “There is a military mobilization and transfer of equipment to target the LNA in the city of Sirte,” which the militias of the Tripoli government have been trying to capture. He added: “The recent military move confirms that the plan is greater than the Al-Sarraj government, which signed the ceasefire” and that “the initiative signed by Al-Sarraj is for media marketing.”

He continued: “The initiative is a red herring and the truth on the ground confirms the intention to attack the LNA.”

Certainly, most would welcome the establishment of a civil state and reject militarization. But how, for example, will the armed militias that have been supporting the GNA be dismantled?

These claims, if true, are frightening, especially since they were not denied by the GNA.

The situation in Libya cannot endure any further maneuvering or attempts to mislead. Peace will not be achieved until the mercenaries leave the country, the militias are disbanded, foreign interference ends, and the GNA agrees that the elections scheduled in March will be held under African and international supervision. Then, the real bet will be on the decision of the Libyan people.

Until all of this happens, I will consider the GNA move to be a strategic maneuver by it and its Turkish backers to gain time and prepare for taking control of all Libyan territory, and even the internationally recognized institutions. 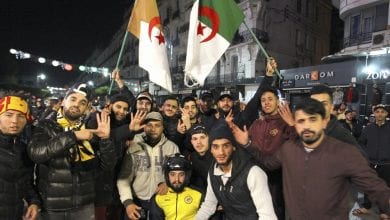 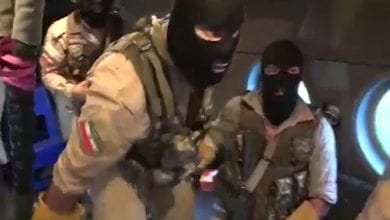 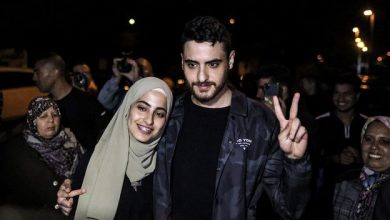 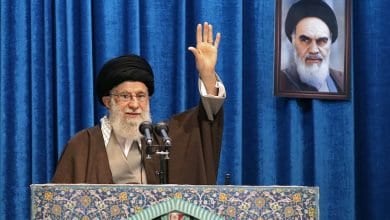