With at least 30 dead and hundreds injured in clashes in Baghdad last week, Iraq is on the threshold of civil war. With the country’s survival as an independent nation in the balance, civil society protesters took to the streets pledging renewed mass demonstrations and chanting that “Iran will not rule Iraq.”

Iraqi intelligence warns of further assassinations by Iran-backed paramilitaries as factional strife escalates and rival militias attack each other’s offices. In Basra, meanwhile, there are bloody clashes between the same combination of rival militia forces. The largely Tehran-aligned Al-Hashd Al-Shaabi paramilitary coalition alone comprises about 160,000 men at arms, illustrating the volatile ramifications of this crisis.

Tehran and its acolytes believe they won the latest round of this high-stakes political grudge match when their principal rival, Muqtada Al-Sadr, shocked everybody by withdrawing from politics. Such developments take Iraq a step closer to Iranian preeminence and weaken hopes for preserving Iraq as an independent and sovereign nation.

When Al-Sadr withdrew his MPs from parliament this summer, Tehran’s proxies saw the perfect chance to stage a coup against the choices of Iraqi voters by flooding parliament with their allies and asserting their right to choose a government. Al-Sadr thwarted that move by filling Baghdad’s Green Zone with his supporters and staging a mass sit-in. Iran responded by advancing to the next phase of its coup machinations.

In its efforts to liquidate Al-Sadr as a rival, Tehran believed it held an ace card in the form of Ayatollah Kadhim Al-Haeri, the Qom cleric originally designated by Sadr’s own father as the religious authority for the Sadrist movement.

Al-Haeri named Al-Sadr as his deputy on the eve of the 2003 US invasion, allowing the latter to acquire notoriety as the foremost challenger to American occupation. However, a year later, when Tehran was struggling to control Al-Sadr in the aftermath of bloody Sadrist uprisings, Al-Haeri was coerced into issuing a fatwa repudiating Al-Sadr and instructing followers not to pay their taxes to him — a precise precursor to what happened in recent days.

All Iraqis should be out demonstrating their refusal to allow their country to be governed by paramilitary mafiosi, acting at the behest of a hostile neighbor.

That 2004 split was also the point at which Tehran began sponsoring splinter militia forces within the Sadrist movement, which mutated into entities such as Asa’ib Ahl Al-Haq and Kata’ib Hezbollah — forces that today are engaged in armed skirmishes with Sadrist supporters.

Al-Sadr later retreated to Qom and mended his relationship with Al-Haeri, but because of Al-Sadr’s own shaky religious credentials he continued to rely on Al-Haeri as his source of legitimacy. This is what the Iranian regime exploited last week by compelling Al-Haeri to retire, and to order Sadrist supporters to cease paying religious taxes. Worse, Al-Haeri instructed them to transfer their loyalties to the Sadrists’ principal enemy — Ayatollah Khamenei. Sadrist officials are certain that the ailing Al-Haeri’s life was threatened.

The billions of dollars that devout Shiites pay in khums taxes mean that these questions of allegiance have profound import in enriching institutions under premier religious authorities. This blows a major hole in Al-Sadr’s theological legitimacy and the prestige of institutions under his control, just when he was seeking to position himself as the foremost Shiite powerbroker.

Al-Sadr’s seventh “retirement from politics” since 2013 is merely the latest gambit in a career littered with U-turns. He will lick his wounds and come back fighting as soon as he feels himself on stronger ground. In a statement that hardly sounds like a vanquished force that has withdrawn from politics, Al-Sadr’s spokesman accused the pro-Iran Coordination Framework bloc of rushing to form a government “when the blood of peaceful protesters who were killed treacherously by its militias has not yet dried.”

The demand of fealty to Khamenei is a continuation of efforts by Iran’s agents to brainwash Shiite citizens into believing that they are primarily neither Arab nor even Iraqi. Such propaganda has repeatedly failed in Iraq, fueling Shiite anger toward symbols of Iranian hegemonic ambitions.

Protesters last week defaced images of Khamenei, Qassim Soleimani, Abu Mahdi Al-Muhandis and other pro-Iran heavyweights, and burned Iranian flags, so they clearly have no illusions about who is responsible for their predicament. Sadrist protesters are among the most impoverished demographics in Iraq, but they weren’t demanding electricity and jobs — they were chanting “Iran get out!”

Tehran canceled flights and instructed its citizens to avoid travel to Iraq, knowing the nationwide anger its actions would arouse. Militia commander Qais Khazali ordered the closure of the offices of his hated Asa’ib Ahl Al-Haq and its Tehran-beholden allies, knowing that Iraqis would once again blame them for the chaos and attack them accordingly. These groups were also targeted during mass protests in 2019, and retaliated by massacring hundreds of demonstrators and assassinating leading democratic activists.

Khazali began as a junior aide to Sadr before rising to prominence as a gangster, murderer, terrorist, and sectarian loudmouth — only later seeking to reinvent himself as a legitimate politician. These are the kind of criminals who aspire to rule Iraq if protesters fail to stop them.

Instead, politicians must be compelled to hold fresh elections, while Iraqis organize themselves across sectarian lines to prevent foreign ayatollahs and corrupt special interests from again deciding the composition of the next government in a manner that flagrantly contradicts the choices of the electorate.

This is not a struggle about religious authority, but a war for the survival of Iraq as an independent and sovereign nation in which Sunnis, Kurds, liberals and various minorities all have an equal stake. All Iraqis should be out demonstrating their refusal to allow their country to be governed by paramilitary mafiosi, acting at the behest of a hostile neighbor.

This is not and must not be an intra-Shiite battle, or a trivial stand-off between rival Shiite militias, but rather a battle between those who desire to protect their nation’s identity and independence and those content to see their country becoming an appendage of the Islamic Republic of Iran. The real revolution starts now. 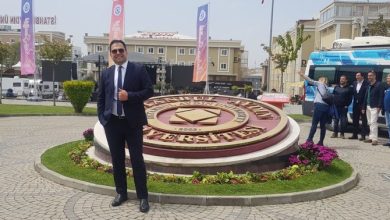 World must stand up to Iran over its extraterritorial assassinations 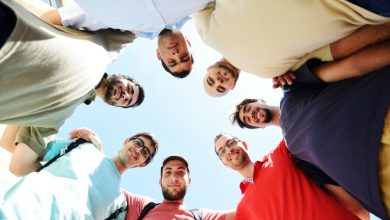 Give the ‘children of conflict’ their seat at the table 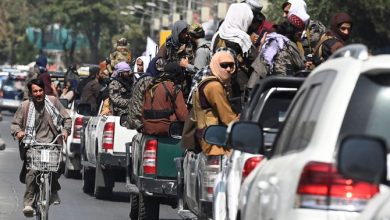