Most political careers start with much razzmatazz and end with a whimper. Benjamin Netanyahu’s time as Israeli prime minister seems to follow this very same pattern. After four elections in two years, Israel is on the brink of forming the first coalition government in 12 years that Netanyahu will not head.

By end of Wednesday the Change bloc, led by Yair Lapid’s Yesh Atid and Naftali Bennett’s Yemina, managed to dot the i’s and cross the t’s over one of the most complex and unlikely coalition agreements.

Under Israeli election laws, Lapid’s 28-day mandate to forge a majority by allying with rival parties was to expire at midnight. However, he informed the president he had succeeded, effectively bringing down the curtain on Netanyahu’s premiership, and on the career of one of the most divisive politicians in the country’s history — though not one without achievements.

For a brief moment it looked as if the most recent conflict with Hamas in Gaza, and the clashes with Palestinians inside Israel and in East Jerusalem, had played into the hands of Netanyahu.

It appeared briefly that those rightwing parties, especially Yemina, which in the name of replacing him were prepared to share power in government with bitter political rivals, got cold feet.

Over two periods, first between 1996-1999 and the second since 2009, Netanyahu fashioned himself, with considerable success among large parts of the Israeli society, as the sole defender of the country and its foremost statesman, with no one else in Israeli politics possessing similar qualities to replace him.

In the mythology he has built around himself, with the unwavering and obedient support group of his followers, Netanyahu has been the bulwark against Iran, Hamas and even the coronavirus pandemic, and the mastermind behind the country’s economic prosperity, with no questions asked.

However, what has gradually been his undoing is precisely this arrogance coupled with a detachment from reality regarding his own political prowess and immortality.

Netanyahu has done what most politicians who stay in power cannot resist: Encouraging a cult of personality around him, becoming more authoritarian and manipulative in his obsessive desire to remain indefinitely in power, and in the process instead of developing and grooming a potential successor, he banished any potential successors from his political vicinity.

On top of this, his sense of invincibility morally corrupted him, while his unchecked yearning to retain power ended with obsessive relations with the media, trying to manipulate it in his favor.

Not surprising then that a number of those who are at the center of the negotiations to form a coalition without Netanyahu, are the very people who worked closely with him, but when the Israeli prime minister and his family perceived them as a threat to his leadership, they did their very best to politically eliminate them.

Naftali Bennett was Netanyahu’s chief of staff in opposition, while his senior political partner in Yemina, Ayelet Shaked, was Netanyahu’s office director. Similarly, Gideon Saar was a member of Likud and cabinet member, and Avigdor Lieberman, of Israel Beitenu, was Likud’s director general and close confidant of Netanyahu.

All ended being belittled and ridiculed by the Netanyahus and pushed out of his close orbit. Others like Yair Lapid and especially Benny Gantz, endured the excruciating experience of forming coalition governments with Netanyahu, only to face his lies and broken promises.

Unless the unexpected happens in the next few days, the web of lies, deceit and paranoid fear of political rivals and the media, will have caught up with Netanyahu, and a new government will be sworn in.

If a new Bennett-Lapid government restores some stability and rationality in Israel, it will be nothing short of a small miracle. But it is the Holy Land after all.

Yet, the government constellation formed at present is a sad testimony to both the paralysis of Israeli politics and the harsh legacy left by Netanyahu.

Consequently, even if it passes the first hurdle of gaining the confidence of the Israeli parliament, the Knesset, it is doubtful whether it will be able to endure long enough to leave a mark, let alone survive a full term.

This is not to argue that this move is not necessary for Israel, if only to end the tenure of a prime minister facing a trial for three cases of corruption.

Nevertheless, considering the challenges confronting Israel, this is only a necessary condition, but not a sufficient one for Israel to move on.

If Netanyahu’s legacy is one of divisiveness — with his rather crass, cynical and shameless exploitation of differences within a very diverse society, stoking fear for his own political gain — the new government, out of necessity, is comprised of almost all of the ideological and value-system cleavages in the society.

This has the potential to be its strength, but is more likely a recipe for its downfall.

In the course of the last few months some of Israel’s major challenges as a society and as a state have surfaced. Hostilities with Hamas demonstrated that despite the power asymmetry between the two sides and the 14-year blockade on Gaza, the Palestinian militant group is still capable of launching thousands of rockets deep into Israel.

The myth of a united Jerusalem under Israel’s sovereignty has been dispelled, and in Washington the new president does not read from the same hymn sheet as Netanyahu, like his predecessor did.

Consequently, Israel’s excessive and disproportionate punitive reaction to rockets from Gaza is leading to pointed criticism in Washington. Moreover, the coronavirus pandemic and the disaster in Mount Meron exposed that the ultra-Orthodox have become a society within a society and basically a law unto themselves.

Crime levels in Palestinian-Israeli towns and villages, where the government and police have demonstrated little interest, and the recent clashes in mixed Jewish-Arab cities brought to the surface the magnitude of the marginalization of the Palestinian-Israelis who are citizens of Israel, some of which was provoked by the rise of the right and far-right in Israel.

A quick glance at the brewing Change government leaves lingering doubts about its ability to pursue radical meaningful policies, especially on this most crucial and urgent issue.

After all, this is a coalition comprised of the right and the left; two-staters and those who would like to annex at least parts of the West Bank; religious and secular; pure free-marketers and social-democrats; and will also be supported by an Arab Islamist party.

Its main article of faith — to replace Netanyahu — is not enough to keep it together without a clear direction, as well as accepting the limitations of what it can and cannot do. They can work through their differences, or call another general election.

It is a tall order, but if successful might provide some stability and will serve to heal the society from years where the country has become subservient to Netanyahu’s power hunger and his relentless and immoral attempts to escape justice.

There is no precedent of a government consisting of parties with such diametrically opposite views successfully running a country.

As soon as the Cabinet meets for the first time, this government will have to form policies on issues such as containing Iran; of a possible American return to the Iran nuclear deal, or JCPOA; de-escalation with Hamas in Gaza; and elimination of the tensions in Jerusalem and between Jews and Palestinians living in Israel. Not to mention post-pandemic recovery and healing the society also from years of divisive fragmentation.

It will take a momentous effort, restraint and reflection by every single member of this coalition and its leaders; something that is almost beyond human capacity, especially in the case of politicians whose own aspirations will not be fulfilled by this government.

More likely than not, voters will go to the polling stations long before this 24th Knesset sees out its full term. Yet, if in the process a new Bennett-Lapid government restores some stability and rationality, it will be nothing short of a small miracle. But it is the Holy Land after all, and miracles do happen there. 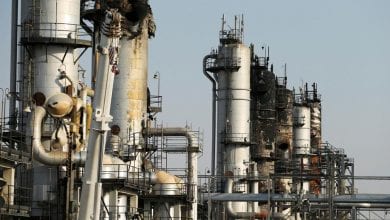 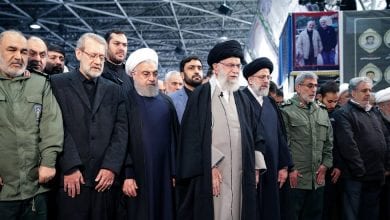 Wisdom required if US is to avoid conflict with Iran