In a normal country, and in normal times, the decision to designate certain nongovernmental organizations as terror groups would be accompanied by damning evidence, revelations from official inquiries and corroborating proof from multiple, credible foreign sources.

But Israel is not a normal country and its decades-long, illegal occupation of Palestinian lands, and the effects of its actions on the people who live there, must never be normalized or accepted by the international community.

It was a shock to everyone — including Palestinians, the US, the EU and international human rights organizations — when Israeli Defense Minister Benny Gantz signed an order last Friday declaring six Palestinian civil society organizations in the West Bank to be terrorist groups. A statement by the Defense Ministry said that they “operate in a network run by the Popular Front for the Liberation of Palestine terror group.”

That claim has been contested by the organizations that were targeted, the Palestinian Authority, and international human rights organizations. The Israeli decision was a surprise to the US and the EU, who were not consulted or informed in advance, and they have demanded more information.

The move also angered Merav Michaeli, the head of the Labor Party and a member of Israel’s coalition government, who said the decision to classify the organizations as terror groups was hasty and harmful. “The manner in which this classification was carried out has caused great damage among our greatest and most important friends,” she said during a Labor Party meeting this week.

The Palestinian groups targeted include Addameer, a human rights organization that offers legal support for prisoners, collects data about arrests and administrative detentions, and works to end torture and violations of prisoners’ rights. Another is Defense for Children International, which monitors killings of children and the well-being of children arrested in Israel. The others include a women’s rights organization and an agricultural labor association.

While evidence of direct links between the six organizations — most of which receive funding from the EU and the US — and the PFLP was not provided, it is true that the Popular Front, a Palestinian nationalist organization with a Marxist mandate, has been classified by the EU, the US and Israel as a terrorist group.

It is a member of the PLO and its candidates have contested Palestinian legislative elections in the past two cycles. One prominent member is Khalida Jarrar, an activist recently released from Israeli incarceration. In principle the PFLP, which has little influence in the West Bank, has ideological differences with Fatah and the Palestinian Authority, and does not recognize the State of Israel.

These groups expose Israeli violations on an almost daily basis against Palestinian civilians, children, women, and farmers and landowners.

As noted, the move by Gantz raised eyebrows in the EU and the US, not to mention within the ruling Israeli coalition.

In a clear and strong rebuke on the same day Gantz made his announcement, US State Department spokesperson Ned Price told journalists: “We believe respect for human rights, fundamental freedoms and a strong civil society are critically important for responsible and responsive governance.”

He added that the US will “be engaging our Israeli partners for more information regarding the basis for these designations,” and stressed that Israel did not give the US any advance warning of the announcement.

Equally important, the EU said that it “takes very seriously” the labeling of the six Palestinian rights and civil society groups as terror organizations. It added that the EU “exercises maximum diligence” to avoid financing or supporting terrorist groups, and previous accusations that Palestinian civil society groups had misused EU funds remain unsubstantiated.

Amnesty International and Human Rights Watch, who have worked closely with the targeted organizations, said in a joint statement: “The decades-long failure of the international community to challenge grave Israeli human rights abuses and impose meaningful consequences for them has emboldened Israeli authorities to act in this brazen manner.”

The motive behind the controversial move by Gantz is easily explained. These groups, which have strong ties with international organizations and key state funders, expose Israeli violations on an almost daily basis against Palestinian civilians, children, women, and farmers and landowners. They provide detailed information to international human rights groups such as Human Rights Watch and Amnesty International, among others. This information and data is included in reports by the UN and other international bodies on the experiences of Palestinians under occupation, including atrocities and possible war crimes against civilians committed by Israeli occupation authorities.

In the absence of punitive measures being taken against Israel by individual states or groups, the only viable record of the daily human rights violations Palestinians endure is provided by Palestinian groups associated with international human rights organizations. A stark example of the way in which Israel treats reports of human rights violations happened a few days ago at the podium of the UN General Assembly, when Gilad Erdan, the Israeli ambassador to the organization, tore to pieces the Human Rights Council’s yearly report.

In hopes of redefining the Palestinian question, Israel is trying to “downsize” the conflict and impose a new reality on Palestinians under occupation. But to do this it is not enough to clamp down on Palestinian nongovernmental organizations; Israeli authorities also need to silence the UN’s Human Right Council and other international human rights organizations. Even for an abnormal and emboldened Israeli state, this will prove to be an impossible task. 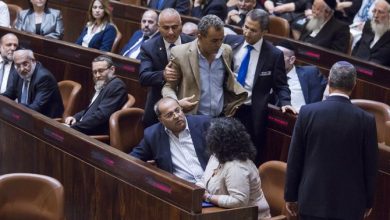 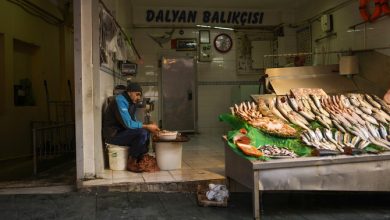 Turkey flies in the face of economic orthodoxy