For the sixty people from Tripoli, who decided to test their luck by trying to escape by sea to Europe in search of a better life, death and hardship was a calculated risk they were ready to take. Yet the tragedy that unfolded Saturday evening as their boat was capsized by the Lebanese navy while in pursuit left the whole country in shock.

While the coast guard rescued 45 passengers, the search parties continued to look for the rest, but at least eight were confirmed dead. It led to a state of rage within the city’s inhabitants, some of whom tried to storm an army barrack.

Since 2011, the start of Syria’s revolution, many Syrian refugees have tried to escape through Tripoli towards the West. While their numbers started to dwindle, it was replaced by Lebanese from the poverty-stricken city of Tripoli and the North in general. Many have failed in their quest to reach Europe, with some meeting the same tragic fate as their compatriots.

These migrant vessels, referred to as death boats, are not novel. Other crafts have sunk off the Lebanese coast under similar circumstances. But this time, the tragedy will have dire repercussions on the Lebanese Armed Forces and make an already volatile political and economic crisis even more treacherous.

So far, many of the survivors of the sunken vessel claimed that the Lebanese navy boats which were in pursuit were directly responsible for the sinking of the ship, as its captain rammed the hull and later the bow, which led to its almost immediate sinking.

The commander of the Lebanese navy, and ironically a native of Tripoli’s city, justified his men’s actions by blaming the victims. He indicated that the ship’s condition, an excessive number of passengers, and refusal to comply with the warnings led to the tragedy, not the navy’s excessive use of violence.

The tragedy of the death boats is an indicator of the abysmal situation of the inhabitants of one of the poorest cities in the Mediterranean. Tripoli has been abused time and again by its political elite, many of whom are billionaire club members.

Coincidently, the current Prime Minister Najeb Mikati, a native of the city and one of its eight parliamentarians, is ranked fourth on the top ten list of wealthiest Arabs. There are claims they have a combined fortune of over $6 billion with his brother.

Following the sinking of the migrant boat, the Lebanese started to share pictures of Mikati yachts parked in the South of France, with each estimated to cost over $100 million. Mikati’s supposed philanthropy usually surfaces around the time of elections. Given that he is not running for office, he has done nothing, both as a politician and as a native, to soothe the people’s suffering.

Yet the crux of the problem is not that Mikati or his fellow politicians are corrupt or careless when tackling the plight of the Lebanese people. It is that the political establishment has used the issue of illegal immigration to twist the arm of the West and Europeans for continued support to the establishment as a whole.

The Lebanese should understand the navy’s violent use of force through a lens. Mikati and his cabinet will use the tragedy of the immigrant boats for fundraising and using this money from the international community and the International Monetary Fund to subjugate those in dire need.

What is further alarming is how the political elite, in coordination with the local media, have labored to portray the victims of the migrant as criminals. Yet, the leaders of the human trafficking ring benefitting from these death cruises are allowed to roam the streets of Tripoli and enjoy the protection of Mikati and his kind.

One only needs to think of the extent that desperate people are willing to take to escape the inferno of the Lebanese crises and what it takes for a father to risk his children to escape poverty and starvation.

The people of Tripoli, like much of Lebanon, are victims of their own choice. By remaining silent to the reckless endangerment of their lives by refusing to reform and instead replenish their criminal hold over the reins of power. Lebanon, as it stands, is one big death boat, piloted by a breed of politician that are less forgiving and deadlier than a raging sea. 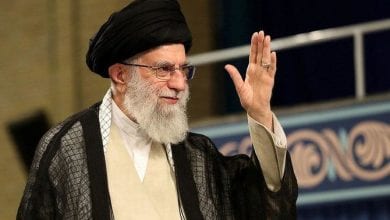 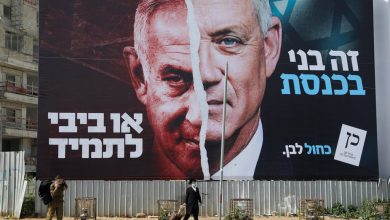 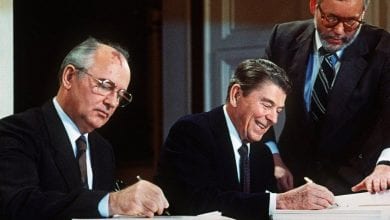