RB Leipzig warmed up for their Champions League last 16 tie at Tottenham Hotspur next week with a routine 3-0 win over strugglers Werder Bremen to regain top spot from Bayern Munich in the Bundesliga on Saturday.

With Bayern playing Cologne away on Sunday, Leipzig took the chance to usurp the defending champions and establish a two-point lead.

Leipzig’s sporting director Markus Kroesche praised his team for preserving energy with the Spurs tie looming in London on Wednesday.

“The boys know we have some heavy weeks coming up, so they knew not to burn things up and score six or seven goals in the process,” he said.

Kroesche said the victory keeps the pressure on Bayern after Leipzig earned a goalless draw at the Allianz Arena last Sunday.

“I don’t know whether we are the hunter or the hunted, it’s just important that we win these games and see what the next few weeks bring.”

Klostermann broke the deadlock when he tapped home on 18 minutes when Schick had nudged the ball back from the far post after a free-kick.

Schick then grabbed his sixth Bundesliga goal of the season just before the break when he headed home a corner by Spain Under-21 playmaker Dani Olmo.

Leipzig goalkeeper Peter Gulacsi made a great save to prevent an own goal just before halftime after defender Dayot Upamecano had stretched to block a shot. France Under-21 midfielder Mukiele put the matter beyond doubt with Leipzig’s third goal early in the second half.

The defeat piles the pressure on Bremen coach Florian Kohfeldt after 10 losses in 12 league games and his side second from bottom.

Having scored two late goals within 82 seconds of each other in last weekend’s 4-3 home win over Borussia Dortmund, Peter Bosz’s Leverkusen again left it late.

With the scores locked at 2-2 after 90 minutes, Bellarabi finished a move he started to send the ball rolling over the line just before the whistle.

The win left Leverkusen fifth by the end of the evening. They are two points behind Borussia Moenchengladbach who later posted a 4-1 romp at relegation-threatened Fortuna Duesseldorf.

Gladbach lag three points behind Leipzig with a game in hand because last Sunday’s home game against Cologne was postponed until March 11 due to bad weather.

Jonas Hofmann gave Gladbach an early lead, but Erik Thommy equalised to make it 1-1 at half time.

With the visitors attacking at will, Lars Stindl restored the lead, then beat two defenders for his second goal. Midfield colleague Florian Neuhaus added their late fourth goal as Duesseldorf’s defence capitulated.

Elsewhere, Hertha Berlin ended a chaotic week, following the shock departure of head coach Jurgen Klinsmann, with a 2-1 win at bottom side Paderborn as Brazilian striker Matheus Cunha, signed from Leipzig, scored on his debut.

Klinsmann dropped a bombshell on Tuesday when he quit after just 10 weeks in charge.

His assistant Alexander Nouri was in a caretaker capacity at Paderborn where defender Dedryck Boyata headed Hertha into an early lead.

Hertha goalkeeper Rune Jarstein gave Paderborn brief hope with an own-goal early in the second-half, but Cunha grabbed the winner with a cheeky backheel on 67 minutes.

Dutch striker Wout Weghorst netted a hat-trick, including two penalties, for Wolfsburg in their 3-2 win over Hoffenheim which left them ninth, four points from the European places.

On Friday, Erling Braut Haaland continued his phenomenal scoring record for third-placed Borussia Dortmund when he netted his ninth goal in six games in their 4-0 win over Eintracht Frankfurt. 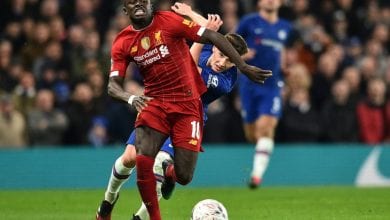 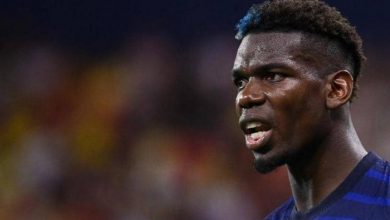 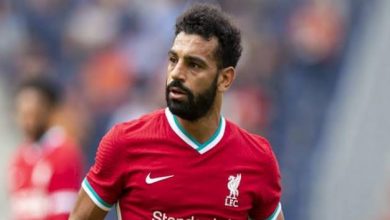 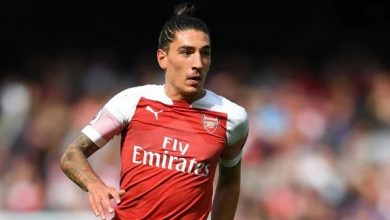