Malaysia police have raided the office of news broadcaster Al Jazeera and two local TV stations, seizing computers as part of an investigation into a documentary on undocumented migrants that enraged the government.

Al Jazeera slammed the raid as a “troubling escalation” in a government crackdown on media freedom. Police opened an investigation last month into the Al Jazeera documentary after officials complained it was inaccurate and biased. Seven Al Jazeera staff members have been grilled by police as part of the probe for alleged sedition, defamation and violating the Communications and Multimedia Act. Al Jazeera says Tuesday’s raid is “an attack on press freedom as a whole” and is urging Malaysian authorities to cease the criminal investigation.

Al Jazeera, a Qatar owned broadcaster, said in a statement that police seized two computers during the raid, which it called a “troubling escalation” in a government crackdown on media freedom. It urged Malaysian authorities to cease the criminal investigation.

Police opened an investigation last month into the Al Jazeera documentary on the treatment of undocumented migrants after officials complained it was inaccurate and biased. Seven Al Jazeera staff members have been grilled by police as part of the probe for alleged sedition, defamation and violating the Communications and Multimedia Act.

Huzir said the raids were conducted jointly with the Malaysian Communications and Multimedia Commission, which is also investigating the stations.

He said police seized computers which will be sent for further analysis and took statements from witnesses during the raids. “No individual or entity will be spared from action if they have violated the law,” he said.

Al Jazeera said the raid was “an attack on press freedom as a whole” and urged Malaysian authorities to cease the criminal investigation.

“Conducting a raid on our office and seizing computers is a troubling escalation in the authorities’ crackdown on media freedom and shows the lengths they are prepared to take to try to intimidate journalists,” said Giles Trendle, managing director of Al Jazeera English.

“Al Jazeera stands by our journalists and we stand by our reporting. Our staff did their jobs and they’ve got nothing to answer for or apologize for. Journalism is not a crime,” he said.

The documentary, titled “Locked Up in Malaysia’s Lockdown,” investigated undocumented immigrants it said were at risk during the coronavirus pandemic. More than 2,000 migrant workers were arrested during raids in areas in Kuala Lumpur that were placed under tight virus lockdowns.

Malaysian authorities also detained a Bangladeshi man interviewed in the documentary after revoking his work permit, and said they will deport him for criticizing the government over its handling of undocumented migrants.

“The authorities’ relentless pursuit of Al Jazeera seems to be driven by a desire to punish journalists who aired Malaysia’s dirty laundry rather than a good faith application of the law,” said Matthew Bugher, head of the Asia program of British-based rights group ARTICLE 19.

He said Malaysia should investigate the rights violations shown in the documentary instead of targeting the filmmakers.

Rights activists have voiced concern over a clampdown on freedom of speech and media independence under new Malaysian Prime Minister Muhyiddin Yassin, who took power in March.

Astro was recently fined for airing an Al Jazeera documentary in 2015 about the 2006 murder of a Mongolian woman that allegedly contained “offensive content.”

Popular online news portal Malaysiakini and its editor face rare contempt proceedings from the attorney general over comments posted by readers against the judiciary. Police also questioned an activist about a social media post alleging mistreatment of refugees at immigration detention centres.

A journalist from the Hong Kong-based South China Morning Post was also questioned earlier about her reporting on migrant arrests. 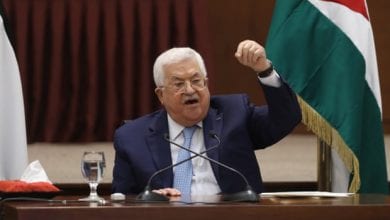 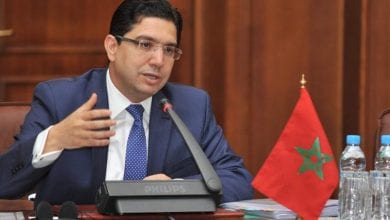