With the year 2021 approaching its end, the Egyptian Mohamed Salah, the Liverpool winger, showed superiority over the top scorers of the European continent, where the language of numbers indicates the superiority of the “Pharaoh” with an exciting statistic.

The Egyptian star, Mohamed Salah, has been providing great levels with the English team since the beginning of the current football season, in the Premier League or the European Champions League.

Mohamed Salah at the head of the giants of Europe

With his Liverpool team, Mohamed Salah contributed 24 goals by scoring 15 goals and making 9 goals. With this statistic, the Egyptian pharaoh became the most contributing player to scoring goals during the current season in the five major leagues in Europe.

In second place came the French star of Real Madrid, Karim Benzema, who contributed to scoring 22 goals (he scored 17 and provided 5 goals for his teammates).

And the Polish striker Robert Lewandowski of Bayern Munich came in third place with 20 goals (he scored 19 goals and made one goal), and with the same balance of goals, German Thomas Muller, the “Bavarian” player, came in fourth place, where he scored 5 goals and made 15 goals.

The secret of Salah’s superiority

Osama Awad, a journalist specializing in covering world football news, reveals to Sky News Arabia the secret of the Egyptian Mohamed Salah’s superiority over the giants of Europe before the end of “2021”, saying: “Salah this season is performing wonderfully with Liverpool, whether in the English Premier League or the Champions League, Which made him outperform Lewandowski and Benzema, as Salah has outdone himself this season.”

On the secret of Salah’s superiority, Awad explains: “The secret of Mohamed Salah’s superiority is his work to develop his performance from one match to another, in addition to the effort made with him by Klopp, as he is currently the undisputed Reds’ first star, and his absence from Liverpool due to participation in the African Nations Cup will negatively affect On Liverpool’s journey in the Premier League.

Osama Awad continues, commenting on Mohamed Salah’s season: “Of course, this season is the best for Salah, both in terms of the numbers that he achieves in every match with Liverpool, in addition to the number of goals and the most important thing is its importance in leading the Reds to victory and competing strongly for the League and Champions League titles. This season, Salah is also presenting a great technical level, and there is a clear development in terms of techniques and skills for the Egyptian pharaoh.”

The journalist covering world football news answers the possibility of Salah winning the title of best player in the world, noting: “I think that Mohamed Salah will be a prominent candidate to win the “The Best” award presented by FIFA, but at the same time he will face fierce competition from Benzema, Lewandowski and Messi. And I think that Lewandowski will be the closest to compensate for losing the Ballon d’Or to Messi, but in the FIFA awards we have to expect everything.”

Awad concludes his statements by saying: “This season will be special for Mohamed Salah at all levels, if the player continues on the same approach in scoring goals and achieving records, in addition to what he offers with Liverpool in the English Premier League and the Champions League, Salah will be required to walk at the same level with the team. Al-Masry in the African Nations Cup, it is necessary for Salah to achieve something special with the Pharaohs in this tournament.”

It is worth noting that Mohamed Salah contributed during the current season to 31 goals with Liverpool in various competitions, in 24 matches, scored 22 goals and provided 9 assists.

The Egyptian pharaoh is the top scorer in the “Premier League” competition with 15 goals, as well as the list of the most goals-created in the English Premier League by providing 9 “assists” in 18 games so far. 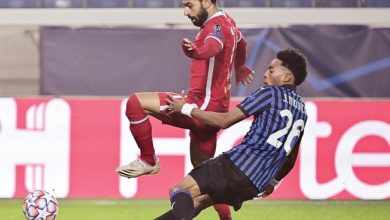 Champions League: Mohamed Salah warns Real Madrid, “We have a settling of accounts” 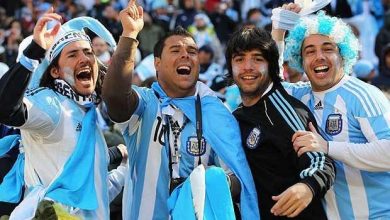 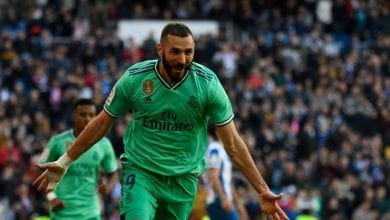