In our region things are not always what they seem, as in the case of the intense attack against Sudan and the chairman of its Sovereignty Council, Abdel Fattah Al-Burhan, under the pretext of his meeting with the Israeli prime minister in Uganda.

The main driver behind this attack is none other than the Muslim Brotherhood, which lost power in Sudan last year. Its members are disgruntled because the Sudanese authorities began to uproot thousands of them from the educational, security and economic institutions that the Brotherhood took over during the rule of the previous regime.

Sudan, like other countries, faces serious challenges that cannot be taken lightly, and it cannot act against its supreme interests. We cannot lose sight of the fact that more than half of all Arab countries — including Tunisia, Qatar, Morocco, Egypt, Jordan, Oman and others — have dealt with Israel.

We also cannot forget that some officials of the Palestinian Authority (PA), which was previously boycotted by some Arab states on the pretext that it had concluded a deal with Israel, are taking part in this intense attack.

Political bullying against Arab governments in the name of Palestine or Israel is unacceptable. Everyone is tired of this declining political rhetoric, which had the audacity to criticize states without taking into account their circumstances and necessities. States have their supreme interests, and sovereign decisions are not to be decided on Twitter. Nor should they be pressured by those who have personal whims or interests.

Why does the PA deal with the Israeli government, buy electricity from it and exchange security information? The reason is that it is obliged to do so. Why does a Sudanese sovereign official meet with an Israeli official? Because his country is still sanctioned and he has to search for solutions to end its crises.

Sudan is going through a difficult transitional period in which it faces internal and external intrigues, and the Palestinians must not be exploited. Let us not forget that the Iranians involved the previous Sudanese regime in their battles over the years. The Sudanese people paid a high price for this.

Indeed, naval and air chases sank Iranian ships off Sudanese ports, and Iranian military training camps were bombed on Sudanese territory. In addition, the crimes of the previous Sudanese regime against its people placed the country on international and US sanctions lists. Sudan does not have many options if it wants to lift these sanctions, move away from the Iranian strategy of conflict and shift to internal development.

No one dares to speak against the incitement practiced by some Palestinian officials close to Doha. Al-Burhan’s meeting in Entebbe lasted two hours, while they have been silent about meetings taking place since the 1990s.

The Brotherhood’s incitement machine has been working overtime since the Sudanese successfully reached an agreement that is the only one of its kind in the areas of the Arab world afflicted by political turmoil. This is why incitement is to be expected from disgruntled parties and their allies. A number of the Brotherhood’s leaders have fled and settled in Istanbul, joining the leaders of the Egyptian group and others there.

Regardless of the motives for criticizing Sudan, the Palestinian cause is the biggest loser when it is exploited by such people, who have long used it to serve their own interests and to fight their battles. No one dares to speak against the incitement practiced by some Palestinian officials close to Doha. Al-Burhan’s meeting in Entebbe lasted two hours, while they have been silent about meetings taking place since the 1990s. The hostilities in Gaza are over, for now, but… 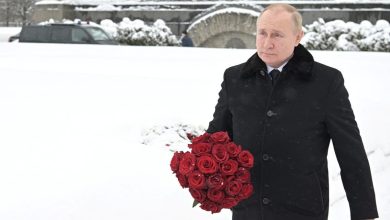