The pragmatic rapprochement between Turkey and some Gulf countries symbolizes the end of the cold war between them, and the start of a new era based on de-escalation and diplomacy.

Two visits by leading Gulf officials are viewed as the “beginning of a new era” and a symbolic turning point in Turkey’s relations with Bahrain and the UAE, both of which had been at odds with Ankara due to disagreements on issues ranging from Libya to Syria, Egypt to Africa.

There are also reports that a “high-level visit” from Turkey to the Gulf is on the agenda. Ahead of the UAE crown prince’s visit to Turkey, Turkish and Emirati officials will hold a business forum in Dubai on Nov. 23. The crown prince has also invited the Turkish ambassador to Abu Dhabi to his court for talks on Wednesday.

Last year, Turkey’s relations with the two Gulf countries were further strained when they signed the Abraham Accords normalizing relations with Israel. So, it will be interesting to follow the path of Turkey-Israel relations, which are also tense, after the visits to Ankara by officials of the two signatories to the agreement.

The climate of reconciliation between Turkey and some Gulf states may also have an impact on Syria. There are reports that Abu Dhabi is interested in helping to revive Ankara’s relationship with Damascus. Recently, the UAE crown prince had a face-to-face meeting with Syrian leader Bashar Assad in Damascus and a phone conversation with Iranian Foreign Minister Hossein Amirabdollahian.

Economic concerns related to the global pandemic are the primary force behind the current reconciliation.

This week, Cavusoglu paid an official visit to Iran and Erdogan is reportedly expected to visit the country soon. From Iran, Cavusoglu traveled to Lebanon, where he offered support to Beirut.

The Turkey-Gulf rapprochement is the result of several domestic, regional and international factors. On the international level, US President Joe Biden’s tenure has led these countries not only to question the US security commitment but also highlighted the importance of relying on regional cooperation as they did in the pre-2011 era.

On the regional level, the signing of the AlUla Declaration created further incentives for Ankara to break the ice with Gulf countries. On the domestic level, Turkey’s precarious economic situation, as well as the security and economic concerns of Gulf states and their need to make investments in accordance with their visions, have been a driving force in the Turkey-UAE/Bahrain rapprochement.

The UAE, meanwhile, seems to be making an effort to regain its economic status inside Turkey. This could be also related to its strategy in the face of any new future government in Turkey if the ruling party loses power. Additionally, there are two significant elections on the horizon that may have an impact on the Turkey-Gulf reconciliation: First, the elections scheduled for 2023 in Turkey and, second, the US elections scheduled for 2024.

Both Turkey and the Gulf states are still in the hedging and calibrating process based on outcomes of the Biden election and regional developments. The main theme of this process is realpolitik, as actors seem determined to put ideology aside and focus on the economy and sustained diplomatic engagement for solid gains.

The recent talks indicate that they have ended the era of military-based hard-power politics and ideologically driven foreign policy, and now are focused more on interest-driven pragmatism. 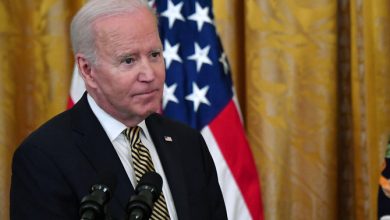