North Korea fired off a barrage of at least 23 missiles of various types from its east and west coasts on Wednesday, including one that landed near South Korean territorial waters for the first time since the 1953 division of the peninsula, pushing tensions to fresh highs.

South Korean President Yoon Suk-yeol slammed the North’s launches as “effectively a violation of our territory,” his office said in a statement as he called on the military to remain on guard for additional “high-intensity provocations” — a likely reference to even more missile launches or an anticipated seventh nuclear test by the North.

The South Korean military later said the North had also fired around 100 rounds of artillery into a military “buffer zone” off its east coast.

Seoul initially announced that the North had fired three short-range ballistic missiles, with one of the missiles falling into waters 26 kilometers south of the Northern Limit Line (NLL), the de facto maritime boundary between the two countries.

That missile had prompted a rare air raid warning as it appeared to be headed toward the island of Ulleungdo, before eventually landing in the Sea of Japan, falling into waters just 57 km east of the city of Sokcho and 167 km northwest of Ulleungdo.

It said that launch had marked “the first time since the division of the peninsula” that a missile had “landed near our territorial waters south of the Northern Limit Line,” the South’s Yonhap news agency reported. The South Korean military called the move “very rare and intolerable.”

Ulleungdo, a popular tourist destination, sits about 50 km from the Japanese-claimed, South Korean-controlled Takeshima islets, known by Seoul as Dokdo. Local media reported that the alert told residents of the island to “evacuate to the nearest underground shelter.”

In response, the South Korean military announced later in the day that its fighter jets had fired three air-to-surface missiles into waters north of the NLL.

The latest news comes after the U.S. and South Korea kicked off its Vigilant Storm joint air exercises, which feature about 240 warplanes — including advanced F-35 stealth fighters — conducting around 1,600 sorties. The large-scale drills began Monday and will run through Friday.

Andrew O’Neil, an expert on North Korea and a professor at Griffith University in Australia, said the North’s launch of a missile southward across the NLL “near large population centers with no warning, signals a new phase in its current strategy,” adding that the timing of the missile barrage was far from coincidental.

“Pyongyang continues to push back hard on the reinvigoration under (U.S. President Joe) Biden of U.S.-ROK joint military exercises on the peninsula, but it’s also probably intended to send a message to the Yoon administration, which has embraced a harder-edged approach to dealing with North Korea,” O’Neil said, using the acronym for South Korea’s formal name.

He said the move was reminiscent of Pyongyang’s 2010 decision to bombard the South Korean border island of Yeonpyeong with heavy artillery, an attack that left four dead.

However, he added, if Pyongyang is looking to intimidate Seoul by firing missiles south of the de facto maritime border, “the South Korean response this afternoon suggests that the Yoon administration won’t back down if the crisis spirals.”

“It’s hard to know whether Pyongyang appreciates this,” O’Neil said.

Meanwhile in Tokyo, the Defense Ministry said Japan was continuing to analyze the launches, which appeared to have been of missiles designed to evade defenses. It said it had tracked three missiles, with all believed to have landed in the Sea of Japan, outside Japan’s exclusive economic zone, which extends 200 nautical miles (370 km) from its coast.

“North Korea has recently launched ballistic missiles in rapid succession, and its series of provocation after provocation and the unilateral escalation of its actions threaten the peace and security of our region and the international community, and are absolutely unacceptable,” Defense Minister Yasukazu Hamada said Wednesday morning, adding that Tokyo had strongly protested the latest launches through the North’s embassy in Beijing.

This year alone, the North has conducted 28 launches of more than 60 missiles — including the training of units believed to be in charge of weapons tipped with tactical, or battlefield, nuclear warheads.

Late Tuesday, Pak Jong Chon, secretary of the Central Committee of North Korea’s ruling Workers’ Party and a confidant of leader Kim Jong Un, slammed the Vigilant Storm drills, delivering a veiled threat to use the country’s nuclear weapons if his country were to be attacked.

“If the U.S. and south Korea attempt to use armed forces against the DPRK without any fear, the special means of the DPRK’s armed forces will carry out their strategic mission without delay and the U.S. and south Korea will have to face a terrible case and pay the most horrible price in history,” the official Korean Central News Agency quoted Pak as saying, using the acronym for the North’s official name.

The North often uses the word “strategic” in reference to its nuclear weapons program.

Pyongyang has lambasted the joint U.S.-South Korean exercises as a rehearsal for invasion and threatened to unleash “powerful measures” if they are not halted.

U.S. State Department spokesman Ned Price said Tuesday in Washington that the North “knows full well that the military exercises that we conduct are purely, purely defensive in nature, and they do nothing more than support the security of our allies in the region.”

This has led some observers to conclude that North Korea could be laying the groundwork for conducting its seventh nuclear test — its first since 2017. South Korean Yoon said last week that the North had completed preparations for the test, a view echoed by the U.S. and Japan.

South Korea’s spy agency said last month that leader Kim could give the go ahead for a nuclear test sometime before the Nov. 8 U.S. midterm congressional elections.

Asked about the timing of a fresh North Korean nuclear test, Price reiterated that it “is something that we, our Japanese allies, our South Korean allies have been concerned about for some time.”

“Our message has been a very simple one: there would be profound costs and profound consequences if the DPRK were to take this dangerous, destabilizing step in contravention of not only U.N. Security Council resolutions but what it is hearing very clearly from countries around the world,” he added.

“We’ve spoken in some detail about a number of steps that the DPRK appears to have taken and finalizing in important ways the steps that would need to be in place were it to conduct another seventh nuclear test,” he said. 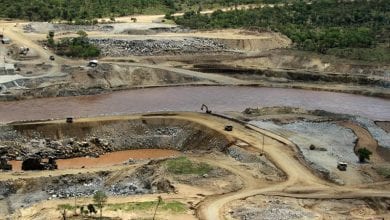 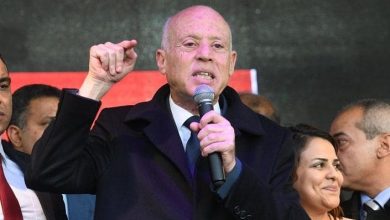 Saied warns against attempts to sow discord and strike the country 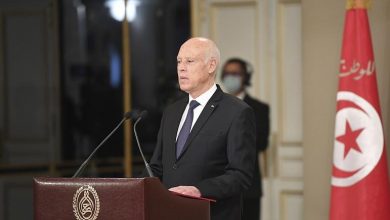