North Korea continues to test missiles of various types. One test last week was particularly notable as it involved an intermediate-range ballistic missile.

The timing of North Korea’s series of missile launches is indicative of an ongoing escalation in Northeast Asia as Europe’s war enters a dangerous stage. A forthcoming North Korean nuclear test adds to the rising tensions.

In response to the North Korean missile test that flew over Japan, the US and South Korea launched missiles to show resolve, only to be countered by Pyongyang conducting a rare flight on the Korean border. Eight North Korean fighter jets and four bombers flew in formation north of the inter-Korean air border, reaching South Korea’s “special reconnaissance line.” These events are an escalation on the ladder of tensions.

Since 2011, Kim Jong Un’s regime has launched more than 100 missiles and conducted four nuclear weapons tests. So far this year, it has fired more than 40 ballistic missiles — a new record. These numbers matter to the North Korean leadership, with more sophistication entering the inventory.

And with the war in Europe, sides are being taken by various geopolitical players. North Korea’s increasingly close relations with Russia are notable.

Distance to target matters in North Korea’s missile strategy and test-firing over Japan, for the first time since 2017, is significant in terms of trajectory.

Research shows that, on a technical level, such long-range ballistic missile tests allow Pyongyang to prove the performance of its long-range missiles on trajectories similar to what they would encounter during operational use.

These missiles can be launched from land, train or sea.

Much is being made of the North Korean rocket flying over Japan. It should be noted that North Korea also overflew Japan in 1998, 2009, 2012 and 2016 with rockets meant to deliver satellites into orbit. But the 2017 and 2022 flights were different.

Civil defense alarms put out by the Japanese authorities, urging people to seek shelter, were a wake-up call about the current security situation in Northeast Asia.

The North Korean intermediate-range ballistic missile traveled 2,800 miles, a distance that puts the US territory of Guam within its trajectory, before splashing down into the Pacific Ocean.

North Korea envisages using these missiles to strike Guam early in a war, specifically the US Pacific Command’s strategic bomber fleet at Andersen Air Force Base.

The Hawaii Emergency Management Agency sent out a warning message, given that North Korea has missiles capable of reaching the islands.

Civil defense alarms put out by the Japanese authorities were a wake-up call about the current security situation in Northeast Asia.

There is debate within the academic community over what constitutes hypersonic activity, especially by North Korea, so it is important to study any missile system closely.

In March 2021, Pyongyang carried out a launch of what it called a new type of tactical guided projectile, which it said was able to carry a payload of 2.5 tons, so capable in theory of carrying a nuclear warhead.

North Korea is also testing intercontinental ballistic missiles with longer and longer ranges, including the Hwasong-14.

This missile has a range of 5,000 miles, although some studies have suggested it could travel as far as 6,200, making it capable of reaching New York. The Hwasong-15, meanwhile, is believed to have a range of 8,000 miles, putting all of the continental US in its sights.

These missiles carry three or four warheads, rather than only one, making it harder for a nation to defend itself.

These trajectories remain hypothetical but are coming sooner rather than later because of North Korea’s efforts in testing different missile types. More long-range testing is illustrative of the country planning for potential near-term operations.

Research shows that these North Korean missiles are usually inaccurate because of their reliance on early guidance systems acquired from the Soviet Union more than 30 years ago, at least in earlier ballistic missile testing series.

However, other experts say that Pyongyang has begun using GPS guidance, similar to China’s navigation system, raising questions about the improvements made in its missile targeting and accuracy system.

The answer, for now, given the technological leaps in terms of GPS targeting, means a much higher accuracy and a tighter CEP, meaning its missiles will more likely hit their targets. Thus, North Korea is likely to be able to hit its intended targets more directly the more it tests long-range missiles.

Overall, the US and its Pacific Ocean allies are increasingly facing a North Korea that is acting belligerently. Pyongyang’s ties with Russia help to add to the tensions around the region. North Korean missile tests and their trajectory matter during these tense times. 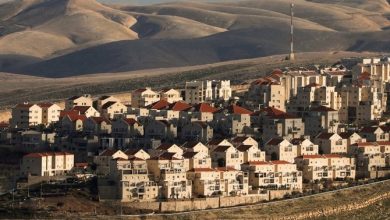 Belgium on the right track but Europe is failing Palestinians 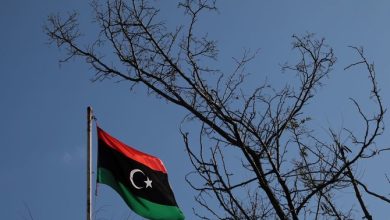