War and disease have been unwelcome bedfellows throughout history. Bloodshed on the battlefield may pique historians’ interest over the more prosaic focus on diseases, yet it is infectious diseases that ramp up the body counts. Wars provide the fertile ground and the enfeebled bodies for disease.

Ample historical examples illustrate this. During the Napoleonic Wars, Britain lost eight times more soldiers to disease than in fighting. In the American Civil War, about two-thirds of all fatalities were from diseases such as pneumonia, typhoid, dysentery and malaria.

So is it any wonder that UN Secretary-General Antonio Guterres has been advocating for a global cessation of hostilities since March? The world’s targeting of all resources on the coronavirus disease (COVID-19) pandemic means focusing on what is likely to be the biggest killer — a virus that has already taken more than 280,000 lives, and even many more given the frailty of so many official figures. Guterres was clear: “To silence the guns, we must raise the voices for peace.” Pope Francis was one of many who backed the call.

The humanitarian imperative is clear. The UN estimates there are 250 million children living in conflict zones. Getting aid into war zones is tough at the best of times but, amid a raging pandemic, aid deliveries are nigh on impossible. If the virus is not brought under control, the hellish conditions of such areas render civilians acutely vulnerable to any communicable disease.

Sadly, the political obstacles are tougher than they should be. Overall, the COVID-19 pandemic has not activated a well-coordinated global response. Countries have frequently adopted their own plans and, while the medical and scientific communities have collaborated, all too often their political masters have not. We live in a polarized and fractured world, where collective state effort is tougher. Multilateral bodies are disempowered.

Has Guterres’ call for a cease-fire had much effect? If a full one was agreed to in New York, how much take-up would there be on the ground? Would the major powers use their political, economic and military heft to constrain their allies and proxies?

Some conflicts have slowed of their own accord. Fighters are highly vulnerable to the virus and social distancing and good hygiene may not be priorities for those engaged in lethal combat. Syria has seen this. A fragile cessation of hostilities in Idlib in the northwest has more or less held since the March 5 Russian-Turkish cease-fire announcement. Fear of the virus appears to a potent factor, but not one that is likely to hold out for much longer. The tensions are too high, so de-escalation is the best prospect. In Yemen, the Saudi Arabia-led coalition announced and then extended a cease-fire. Armed combatants in countries such as Colombia, Cameroon and the Philippines are upholding cease-fires.

Elsewhere, conflicts rage, impinging on efforts to fight the virus in Afghanistan, Mali, Burkina Faso, Libya and Ukraine, among others. At times, the containment measures also exacerbate the impact of conflicts. The closure of borders limits access in both directions. Rich Libyans can no longer get to Tunisia or Egypt, even for medical treatment. In Ukraine, many are at risk in internally displaced persons camps and among the country’s elderly. Crossings between government-controlled areas and the Russian-occupied parts of Donetsk and Luhansk oblasts have practically ceased during the pandemic. This has knock-on consequences for family visits and access to vital services.

In Libya and Yemen, the pandemic may be abused to advance the political interests of various parties by controlling the movement of people. A nominal sign-up to a humanitarian pause did not really materialize in Libya.

Myanmar on Saturday announced a cease-fire until the end of August. But there is an inevitable caveat: It does not include northern Rakhine state and parts of Chin state. Fighting is continuing with Rakhine separatists.

Vulnerable civilians will pay an unaffordable price for the failure of the UN Security Council to agree on a resolution backing a global cease-fire, with the US blocking the latest effort last week. Over a month of wrangling has yet to produce anything. Such a resolution requires states to put aside and downplay some of their usual tit-for-tat recriminations. Thankfully, the US has dropped its China-baiting insistence that COVID-19 be described as the “Wuhan virus,” but why could Washington and Beijing not agree on the relatively minor issue of whether to mention the World Health Organization? A US State Department official blamed China, as it had “repeatedly blocked compromises that would have allowed the council to move forward.”

Few believe this is just about the US-China tiff. Would a cease-fire restrict what governments might see as bona fide counterterrorism efforts? The White House clearly has concerns. “The United States supports the secretary-general’s call for a global cease-fire, but (has) noted that we will continue to fulfill our legitimate counterterrorism mission.” The US has no desire to tie its hands, not least in tackling Daesh or responding to any Iranian provocations. Russia does not want to be shackled in terms of its military operations in Syria.

Counterterrorism will be an excuse for all forms of state action; some legitimate, others really a cover. The Syrian regime has couched all its military efforts since 2011 as part of a counterterrorism campaign, even when bombing hospitals and schools.

Counterterrorism will be an excuse for all forms of state action; some legitimate, others really a cover.

Would Israel feel constrained? Tel Aviv has continued to take on Iran in Syria, with Israeli defense sources briefing, perhaps prematurely, that Iran is backing out of Syria. A cease-fire could allow Tehran some much-needed breathing space.

Non-state actors are not won over with grandiose speeches at the UN. Firstly, they will not participate in cease-fires if the major state actors do not fully commit. Secondly, extremist groups like Daesh are actively seeking to exploit the pandemic to spread violence.

A cease-fire is a pretty minimal aim. It is not a solution. A cease-fire without a political process is like a lockdown without a vaccine process. The moment either ends, the situation returns to status quo ante. All in all, it is a tragedy that a pandemic is needed to kickstart a push for these cease-fires — and an even greater one that even this is not sufficient. 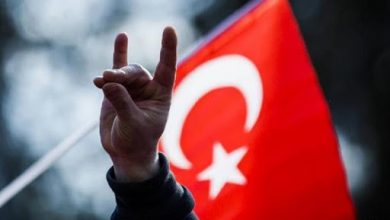 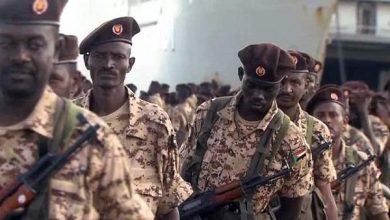 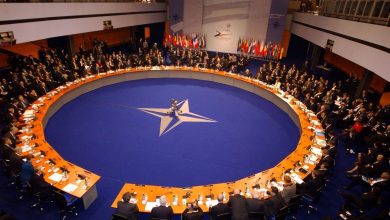 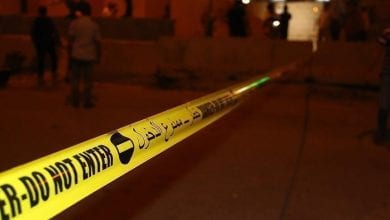