President Mike Pence has not ruled out invoking a constitutional provision to remove President Donald Trump from office for being unfit to rule, reports said.

Democrats’ move to impeach the president, for the second time, gathered momentum, for a scheduled launch on Monday.

CNN also reported that the vice-president’s team believes there is some risk in using the 25th amendment or impeachment to remove Trump as they may push him to rash actions. This may be the reason for reluctance to use the provision, despite his growing estrangement from the president.

Pence has not ruled out invoking the 25th Amendment of the US Constitution if Trump “becomes more unstable”, CNN reported on Saturday citing sources close to the vice-president. The constitutional provision empowers the vice-president, working with the majority of the cabinet or a body formed by Congress, to remove the president for being unfit to govern.

Relations between the two men have collapsed according to reports, especially after the January 6 storming of the Capitol. Trump is livid that Pence refused to block Congress from certifying President-elect Joe Biden’s victory. Pence is disappointed that Trump put him in an impossible position by pressuring him to do something he could not constitutionally — block the certification. And then Trump did not call or inquire about his safety, and his family who were there also, when rioters overran the Capitol, with some of them chanting “Hang Mike Pence”.

House Speaker Nancy Pelosi and Senate Minority Leader Charles Schumer, the senior-most congressional Democrats, have demanded that Trump should resign over the storming of the Capitol by his supporters, or Pence should use the 25th amendment to remove him. In the event that neither happens, Democrats will introduce an impeachment motion as early as Monday.

Democrats, who control the House of Representatives, expect to impeach the president in the coming week. But a conviction by the Senate, which is controlled by Republicans for the next some days, is unlikely. Democrats could try after they take control of the chamber on January 19.

Trump is preparing to contest the impeachment. He is said to be considering to enlist defense Rudy Giuliani, his personal lawyer who led his election fraud lawsuits, and Alan Dershowitz, who was part of his defense team for the first impeachment in December of 2019. As part of a pre-emptive strategy, his allies have begun calling for dropping the move in the interest of healing and uniting the country.

And even then it will not be easy, because they will need the support of Republicans to secure a conviction. Though Trump will be out of office by then, a conviction will bar him from holding a federal office for ever, blocking him from running again.

Meanwhile, more than 80 Capitol rioters have been arrested and charged, including most of those seen in pictures around the world. Among them are the man with fur hat and buffalo horn who has sat in the Senate president’s seat in the well of the chamber; Jacob Anthony Chansley, also called Jake Angeli who was seen carrying away Speaker Pelosi’s lectern; Adam Christian Johnson; and Richard Barnett. the man with his foot up on Pelosi’s desk. 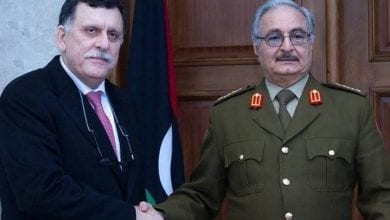 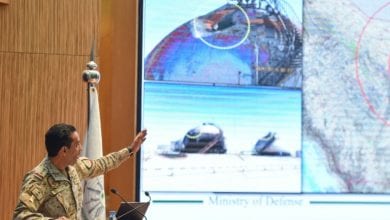