The French envoy in Beirut delivered a message to President Michel Aoun from his French counterpart expressing France’s willingness to help Lebanon, the National News Agency reported on Wednesday.

The director of the Middle East and North Africa department at the French foreign ministry, Christophe Farnaud met with Aoun where discussions “focused on the latest developments in Lebanon,” said NNA.

It added that “Farnaud delivered a message to Aoun from French President Emmanuel Macron expressing France’s willingness to help Lebanon in the current circumstances.”

For his part, Aoun said: “I will continue my contacts to hold the binding parliamentary consultations to name a new PM.”

“Economic conditions are worsening as a result of what the country is going through. The situation will gradually improve when we begin oil and gas exploration,” he added.

The envoy had earlier met with caretaker foreign minister Jebran Bassil. He left without making a statement.

On Tuesday he wet with Kataeb chief Sami Gemayel and then a group of representatives of the uprising, said the daily.

Farnaud will discuss the ongoing political and economic crisis in the country.

He is also expected to meet on Wednesday with Progressive Socialist Party leader Walid Jumblat and head of the Lebanese Forces party Samir Geagea.

On Tuesday evening, protesters led by the leftist Youth Movement for Change rallied outside the French embassy in Beirut to denounce what they called French “interference” in Lebanese affairs, hours after Farnaud arrived in Beirut. 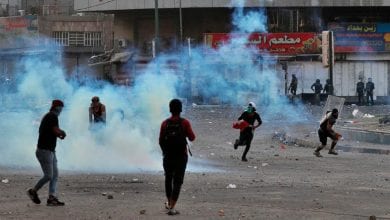 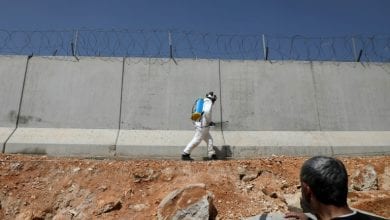 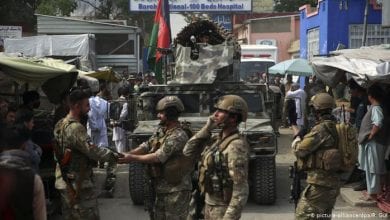