Russia’s justifications for its invasion of Ukraine, like the United States’ excuses for its invasion of Iraq two decades earlier, prove that world powers have failed to learn the lessons of imperial hubris – theirs and others. From the ancient Greeks and Romans through to the more recent French, German and British powers, geopolitical arrogance is notorious for breeding fatal political stupidity.

As the tide of war turns against Russia in Ukraine, the Kremlin’s failure to achieve the promised swift victory may be attributed to Vladimir Putin’s arrogant assumptions on five major fronts.

First, the Russian president overestimated his military’s readiness for a protracted war of choice and misjudged Russians’ eagerness for empire by force. Russia has become bogged down in a costly and somewhat humiliating confrontation against a militarily inferior but more determined enemy. As Ukrainians volunteered to fight and sacrifice for their country, Russian soldiers began to desert their units and Russian men began to flee following a partial troop mobilisation.

This leads me to Putin’s second ignorant assumption about Ukraine – a belief that Kyiv would surrender within days. Like other imperialists, he underestimated Ukrainians’ resistance to occupation and their commitment to independence. He assumed a shared future for Russia and Ukraine because of their shared history, when most Ukrainians hoped for a break from Russia’s imperial past. If Ukraine’s independent national identity was in doubt, Putin’s war has ended that, galvanising Ukrainian patriotism like never before, all of it aided by Western support.

That was Putin’s third miscalculation. He calculated that NATO was weakened by Donald Trump’s “America First” approach to Western security and would therefore be slow to react to events in the East. He also assumed that Europe’s dependency on Russian oil and gas would make it difficult to sever relations with Moscow over Ukraine. He was wrong. American boldness and European leeriness towards an emboldened and aggressive Russia have brought the two sides of the Atlantic ever closer.

In parallel, Putin assumed that the US was in utter decline, weakened by its Afghan and Iraqi blunders, hindered by economic and domestic problems, and preoccupied with the rise of China, and would therefore react timidly to a wider crisis in Ukraine. Again, he was mistaken. Unlike his predecessors’ timid response to Russia’s incursion into Georgia in 2008, its annexation of Crimea in 2014, and its meddling in Western elections, US President Joe Biden used the invasion of Ukraine as an opportunity to unite the West against Moscow, and to cripple the Russian economy.

All of which leads me to Putin’s vanity and self-righteous assertions, the worst of all sins. Driven by a sense of personal and national grandeur, he championed the international fight against a liberal decadent imperial West, while leading as a ruthless dictator, acting on his own intuitions and personal dogmas with little or no regard for democratic processes or international norms.

Contrary to the argument that the West left Putin no option but to invade, the Russian leader did in fact have a choice, and he deliberately chose war. He considered diplomacy with a Ukrainian leader who he thought took his marching orders from Washington to be futile. So, instead of courting Ukraine, he decided to crush it, because as the ancient Greek adage goes “the strong do what they can and the weak suffer what they must”.

In effect, Putin has done all the bad things he has accused the West of doing, and in the process has undermined the anti-imperial cause worldwide.

Which brings me to American and Western hypocrisy over Ukraine. Putin, the Cold War spook, may have become paranoid, but the US has been no innocent bystander. Washington has condemned Putin’s sabre rattling in Eurasia while enthusiastically supporting the Colour Revolutions there, notably the 2004 Orange Revolution in Ukraine – all while not backing the Arab Spring revolutions a decade ago. It has demanded that Putin stop interfering in his neighbours’ affairs while it continues the decades-long destructive campaign to remake the Middle East, a faraway region it never truly understood.

The Biden administration has righty condemned Russia for violating international law in Ukraine but it has done the same and worse in Iraq, whose people have paid a horrendous cost for no fault of their own. Biden has never apologised for supporting the disastrous war as a US senator. He and the rest of the US foreign policy establishment believed the war would end quickly as American soldiers were welcomed as liberators. Then President George W Bush foolishly declared “mission accomplished” when the real war had only just begun and would go on for more than a decade.

Biden has framed the conflict in Ukraine as one between democracy and dictatorship while doing all he can to enlist the support of some of the world’s worst dictatorships against Russia. Yemenis, Palestinians, Syrians and countless other victims of war and occupation have been ignored in favour of Ukraine.

Last week, the US and its allies blasted Russia for annexing Ukrainian territories, but have kept quiet about the Israeli annexation of Syrian and Palestinian lands. Biden, a self-declared Zionist, has been quiet about his predecessor’s decision to move the US embassy to Jerusalem. British Prime Minister Liz Truss, another self-declared Zionist, is considering doing the same for the British embassy.

Exposing such hypocrisy is important for objectivity, which has been utterly lacking in much of the Western mainstream media, and more importantly, because the US needs to stop this fake “holier than thou” attitude and help bring a swift diplomatic end to the conflict in Ukraine. Before the war gets worse.

While Ukraine may have turned the tide for now, Russia has more than a few options, including the use of overwhelming airpower and tactical nukes.

But the less likely flipside scenario should also be avoided, because humiliating Russia could lead to the chaotic disintegration of its federation, just as Moscow’s defeat in Afghanistan accelerated the implosion of the Soviet Union. Only this time, the outcome could be messier.

In short, hubris and hypocrisy tend to feed into each other, resulting in even greater blowbacks and the eventual decline of empires. It is indeed nauseating to hear Russians and Americans repeat the same old justifications for war as if they were credible or original. We know from the ancient Greeks all about the tragedy of imperial wars as Thucydides recounted it in his impeccable history of the Peloponnesian War some 2,500 years ago. And we have seen it repeat itself again and again throughout the past millennia.

So why then do world powers continue to make the same costly mistakes, expecting different results? Does arrogance breed madness too?

Remember, the smart learn from their own mistakes, the wise learn from the mistakes of others, but only the foolish learn from neither, as we see in Ukraine today. 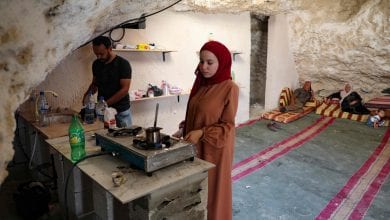