Much has already been written about this summer’s scandalous international defeat in Afghanistan, which suddenly left the Afghan people, especially women, in the hands of illiterate and obsessive butchers.

We are horrified by what happened to 17-year-old athlete Mahjabin Hakimi, who was beheaded in October as a lesson to others. Her only crime was that she loved sports and exercising. Creating fear is the goal of the Taliban.

It is true that diplomatic officials were able to repatriate their nationals and rescue some Afghans from the indescribable horror, especially those who were known and reported, but the story does not end there; it has just begun.

What can be done to avoid the Afghanistan government becoming a backward and bloodthirsty power? While some countries are seeking to recognize the Taliban regime, it may be time to change the situation in the region.

Action is required to protect the rest of the world, including Europe, from another wave of migration

Three months after the fall of Kabul, many Afghans and their families are still waiting to leave the country. The unprecedented wave of emigration has hit the nation of nearly 40 million people for both good and bad reasons.

Europe saw similar waves of refugees during the wars in Syria and Iraq. The continent’s management of this issue has been and remains a wound for our democracy. Now the question arises, how do we learn from our mistakes?

After the bloody defeat of the Soviet Union in Afghanistan in the late 1980s and the US-led international force this year, I wish we had a chance for regional dialogue.

Let us look at the geography of the region. Afghanistan shares borders with Iran, Turkmenistan, Uzbekistan, Tajikistan, China and Pakistan. Last month, with the support of Russia and China, Pakistan, India, Iran and five Central Asian countries — Uzbekistan, Kazakhstan, Kyrgyzstan, Tajikistan and Mongolia — came together to discuss the terms of recognizing the Taliban regime. They ultimately waited because there were probably signs of illusions about the Taliban.

A week later, Iran held a regional conference with the foreign ministers of Iran, Pakistan, Tajikistan, Uzbekistan and Turkmenistan, while their Chinese and Russian counterparts joined them via video call, to discuss the political future and the formation of a new government in Afghanistan.

What we should advocate is the creation of a regional border protection force: A force similar to the EU’s Frontex to protect the rest of the world, including Europe, from another wave of migration, which will undoubtedly be even greater than those caused by the conflicts in Syria and Iraq.

For reasons of common language, as well as the fact that Iran already hosts about 780,000 Afghan refugees and because of their 921-km common border, Tehran seems to be the most likely partner.

The Frontex-style force would include representatives from the countries that neighbor Afghanistan, in proportion to the length of the borders and their population. The deployment of an equipped support workforce, joint training of this workforce and the provision of units would also be part of the program, as well as coast guards for the Caspian Sea.

With a common budget and a regional force, the border protection would become more efficient. The formation of a joint force, with local employees from each of the neighboring countries and the cooperation of other nations, is an innovative proposal.

Current events reinforce the validity of this proposal, as Belarus has been training Afghan and Iraqi veterans to attack the EU border. And, of course, Minsk is also training refugees to cross into the EU. This is why there is a need to organize a response.

Frontex has shown its limitations, but it has the concept of a cohesive regional force. The countries in Central Asia should not wait for Wagner or Blackwater squads or militias to provide security, which will prove to be short-lived.

I believe in a regional force that can work with the EU whenever it is formed. That is exactly the position under consideration: Protecting Europe from a new tide of migration, as well as the advance of terrorist forces, which are set to emerge from the ashes like a phoenix.

A budget of $500 million, for example, would be insignificant compared to the money swallowed up in unwinnable wars. It is anticipated that an initial force of 10,000, growing over the course of 18 months to 30,000, would probably meet the ambitious aim of protecting 5,000 km of border. We are also talking about a very fragile area that is witnessing the expansion of all kinds of trafficking, including drugs, weapons and people.

I therefore support the formation of a Frontex-inspired regional coalition force by Afghanistan’s neighbors.

I am convinced that only a regional solution can prevent the worst-case scenario from becoming a reality. The worst is never certain, but the weak international community, without facilities, without an army and without a will, has already offered us the worst. 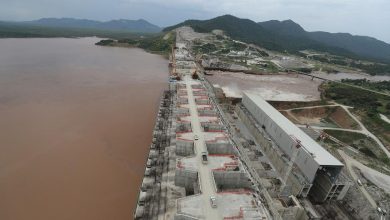 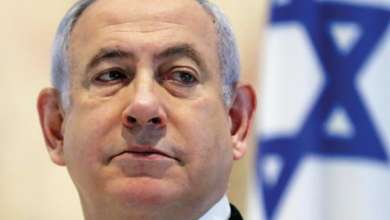 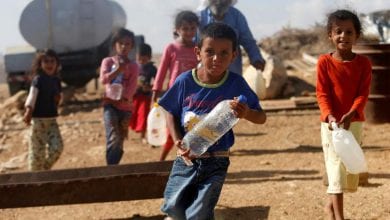