Millions of people around the world watched in shock on Wednesday as US democracy collapsed before their eyes. They were left wondering what had happened to the country that is supposed to be the leader of the free world.

Scenes of riots, burned buildings and looting have been familiar sights for the American people since last summer, when Antifa members and Black Lives Matter protesters rampaged in the streets in several states in the name of social justice.

Nevertheless, storming a building that symbolizes the heart of US democracy, and threatening the lives of legislators, staffers and security officials, is on a whole new level.

Donald Trump chose to end his term, and shape his legacy, in the most bizarre way possible, even in the eyes of some of those who have long supported him. Jan. 6 will be remembered as the day Republicans faced their biggest loss — it will take some time, and serious effort, to recover from it.

A few hours earlier Georgia, a key state won by Joe Biden in the US presidential election, once again played a significant role in determining the future political direction of the US. Victories by Democratic candidates Raphael Warnock and Jon Ossoff in two vital Senate runoff elections means that the Democrats and Republicans each hold 50 Senate seats. In cases where votes in the Senate are tied, the vice president — who will be Kamala Harris — casts the deciding vote.

This gives the Democrats control of the Senate. Democratic Senate Minority Leader Chuck Schumer will become the majority leader, with the power to decide what matters reach the floor of the Senate for consideration. This will give President-elect Biden a better chance to implement more of his agenda and accomplish as much as he can during his first two years in office.

The results of the two Senate elections represent a huge victory for the Democrats and Biden, who should now be able to gain approval for his Cabinet and legislative nominees without needing Republican consent.

Having said that, for Biden to fully pursue his agenda in Congress he will still need some degree of support from Republicans to avoid any filibuster attempts by the opposition.

From the moment he is sworn in as the 46th US president he will need to get his priorities straight and roll up his sleeves in preparation for some hard work before the midterm elections in November 2022, which might shift Senate control back to the Republicans.

The possibility of creating new states in Democratic-dominated Washington, DC and Puerto Rico, which do not currently have statehood, eliminating the filibuster, abolishing the Electoral College, opening US borders, and defunding the police reflect what far-left Democratic leaders have been trying to achieve for a long time — and now an opportunity has presented itself.

It is hardly surprising that someone such as the controversial Minnesota Democratic Representative, Ilhan Omar, who is known for her radical views, considers this week’s victories in Georgia a great opportunity to implement a progressive agenda. “This is our shot; we can go big or go home. It’s time to organize, mobilize, and push for transformative change,” she wrote in a message posted on Twitter.

On the international front, the likely liberal foreign policies of the incoming president should cause alarm, as the US will most likely return to the old policies of former President Barack Obama.

Several countries, including Iran and China, are looking forward to the next four years in the expectation that the new administration in Washington will ease the (well-deserved) firm stances toward them adopted by Trump. It has been reported that Biden will review the Trump administration’s tariffs on China when he takes office, for example, and might pursue a new deal with Tehran.

History indicates that in general the American people tend to favor the checks-and-balances that result from having different parties in control of Congress and the White House.

What can the Republicans do for the next four years? History indicates that in general the American people tend to favor the checks-and-balances that result from having different parties in control of Congress and the White House.

Following the Georgia results, the 2022 midterm elections will be the main focus for the GOP, but the 2024 presidential election will not be far behind. There are already a few names circulating as possible presidential candidates, including Vice President Mike Pence, former US Ambassador to the UN Nikki Haley, and Arkansas Sen. Tom Cotton.

It is difficult to predict what effect Wednesday’s dangerous turn of events in Washington might have on the political fate and legacy of Trump, or the future of the GOP. 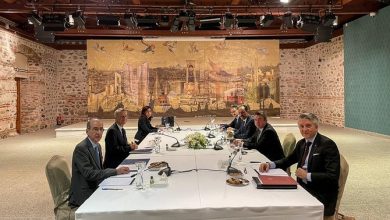 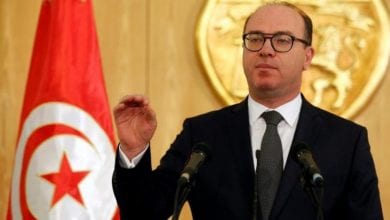 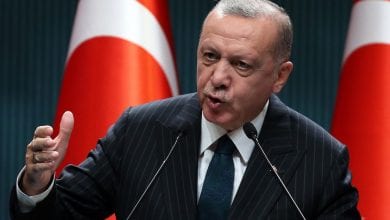 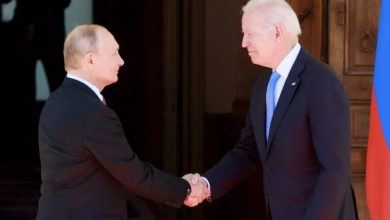 Biden-Putin summit may prove to be a mini-turning point