Recent visits to the Middle East and media appearances by Russian officials demonstrate a pattern of Moscow’s emerging policies in the region, which I believe can be explained by its national interests. This concept has been applied by statesmen and academics ever since the establishment of nation states to explain the desires, aims and goals of sovereign entities in the international system.

National interest can be defined as the needs and wishes of one sovereign state in relation to other sovereign states comprising the external environment, as the American diplomat and academic Donald Nuechterlein put it. He also identifies basic national interests, such as economic, world order, defense and ideological interests. I believe this categorization is useful to understand the emerging direction of Russia’s relations with Middle Eastern players following the start of the Ukraine conflict, as shown recently in Algeria, Oman and Iraqi Kurdistan.

Algeria is a major gas supplier to Europe, accounting for about 11 percent of its imports, in comparison to 47 percent from Russia. Spain, Italy and other EU member states have looked to Algeria as they consider cutting their dependence on Russian gas and oil. Nonetheless, its position is that it lacks the capacity to meet such demand in the short term. Commenting on Algeria’s gas deliveries, Lavrov said that Russia, Algeria and other gas exporters believe “we should respect deals that have already been reached.” He added that “many Russian companies are interested in carrying out joint ventures with Algerian companies.”

However, this does not clarify what is happening behind the scenes. Is Russia’s position intended to persuade the Algerians to maintain the idea of limited gas capacity in order to gain leverage in the Ukraine conflict? This could increase the pressure on the negotiations to end the conflict before winter. Alternatively, perhaps Moscow is interested in maintaining and developing good relations through joint projects with regional players, which may allow Russian companies to be part of ventures that could eventually offer energy worldwide, even to Europe. For example, last September, Gazprom EP International, a subsidiary of Russian gas giant Gazprom, held talks regarding investment opportunities in Algeria.

In this regard, another very relevant illustration is Russia’s position on the efforts of the Kurdistan Regional Government to offer gas to Europe. In an interview last week, Russia’s Ambassador to Iraq Elbrus Kutrashev said Moscow had no objections to that possibility and was willing to endorse it if necessary. He said: “It is a sovereign right of Iraqi authorities, including Kurdistan regional authorities. If they want to do whatever they want with their gas, they can do it.”

Iraqi Kurdistan, a US ally, has demonstrated a neutral stance over the Ukraine crisis. However, in February 2017, Russian energy giant Rosneft lent it about $2.5 billion and invested in the local oil and gas export infrastructure. These examples illustrate that Russia is driven by national interests, along with maintaining relationships with the region’s players.

Another interesting example is Lavrov’s unexpected visit to Oman last week, his first since 2016. Initially, the visit could be explained as Russia’s search for a mediator in the Ukraine conflict, as Oman is known for its policy of neutrality and its mediation efforts, such as its role in facilitating the conclusion of the original Iran nuclear deal and its involvement in the Gulf crises of 2013 and 2017. Nonetheless, during the visit, Sultan Haitham bin Tariq confirmed Oman’s commitment to OPEC+, preserving Russia’s good relationship with a Gulf oil producer that resisted Western calls to pump more oil in the effort to isolate Moscow.

Oman, a US-allied Gulf state, has not taken sides in the Russia-Ukraine conflict, even though another, Qatar, has demonstrated a pro-Western stance. Improving relations with Muscat thereby offers Russia the opportunity to diversify economic partners and regional alliances. In the context of the concept of national interests, this serves Russia’s economic interests, as well as world order interests, through leveraging neutrality on the war in Ukraine to become recognized as a power.

These examples are also illustrative of defense interests. Russia has long furnished Algeria with military hardware, but during last week’s visit Lavrov expressed an interest in “military and technical cooperation” with the country. The geopolitical importance of Oman, which borders the Strait of Hormuz, is accentuated by its proximity to Iran. Russia’s relations with Iran have become more tense due to the Ukraine conflict, with the recent visit of Polish Foreign Minister Zbigniew Rau to Tehran to discuss bilateral relations and Ukraine only further demonstrating the turbulence between Tehran and Moscow.

Moscow is driven by national interests, along with maintaining relationships with the region’s players.

Finally, with regards to ideological interests, there is no change. As Mark Katz of George Mason University put it in 2020, “(Vladimir) Putin sees himself as the defender of the authoritarian status quo,” which is not unfamiliar to the region.

All of this might suggest that the visits and media appearances made by Russian officials confirm the country’s emerging policies based on national interests, which are expected to develop further within the new realities of the international system. Moreover, I believe we might start to see unconventional interactions, such as the recent unexpected visit of Lavrov to Oman, more often. What effect the policy of national interests will have on the chessboard of the international system, including relationships with and reliance on regional allies, remains a mystery, but we shall continue observing and analyzing events. 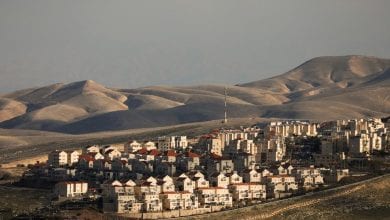 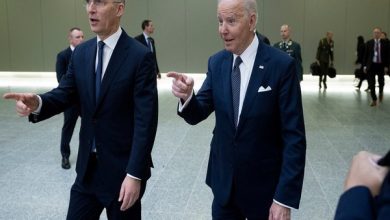 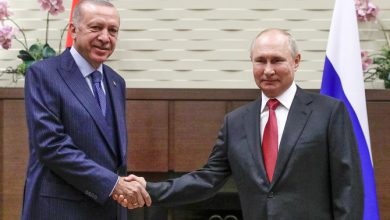 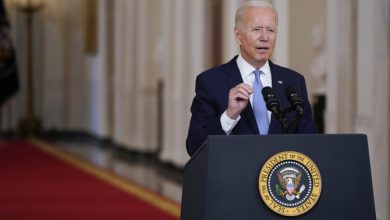 US resolve widely questioned due to Afghanistan chaos