The Saudi Ministry of Education decided to exclude teachers who have consistently committed “intellectual breaches,” in reference to teachers who do not adhere to the current path of the Kingdom, and who deliberately pass strict ideas from previous school curricula dominated by the Muslim Brotherhood, incite to extremism and closure, and try to target the option of openness Cultural, religious and behavioral in Saudi Arabia.

Followers of the Saudi affairs described the move to remove teachers with brotherhood tendencies as being too late, noting that canceling Brotherhood leaders ’books from school curricula in recent years would not have achieved its goals in light of the continuing teachers who are saturated with these ideas and are able to poison the minds of new generations with words that call for atonement and incite On jihad including targeting state symbols and institutions.

The decision was made by the Minister of Education, Hamad Al-Sheikh, who granted education directors the right to “immediately expel school workers who have intellectual breaches and assign them to administrative work outside schools on a temporary basis pending a decision on the case.”

The new decision is not completely cut off with teachers who promote Brotherhood ideas of denying them a job, but it does not allow them to use the classroom in an early brotherhood of society, an experiment that the UAE preceded by making education without a Brotherhood ideology.

The decision is an extension of the decision taken by the Saudi Minister of Education in February to dismiss the Dean of the College of Sharia in Riyadh from his post due to what the local media considered at the time to be “hosting intellectual violators.”

In March 2018, the Ministry of Education decided to exclude a number of teachers in primary, middle, and high schools, in addition to members of the teaching staff in universities, on charges of “being influenced by the ideas of banned and classified terrorist groups, including the Muslim Brotherhood,” and forming a special committee to “test” the leaders of the Ministry of Education and ensure From its intellectual backgrounds.

Saudi Arabia is implementing a long-term, but resolute, plan to dismantle the milestones of the Muslim Brotherhood’s control of Saudi society, especially in vital areas such as education, media, and religious affairs, areas that have been targeted by “Brotherhood empowerment” since the 1960s.

In recent years, the Brotherhood has been targeting the reform steps of the Saudi crown prince, Mohammed bin Salman, by launching rumors and seeking to ship conservative Saudi groups against the new entertainment strategy, which includes among its many elements the stimulation of domestic tourism and the recruitment of foreign artists to sing, theater and cinema in an effort to settle the arts and build a Saudi figure Balanced.

Followers believe that the decision to “neutralize the teachers” of the Brotherhood reveals a formal Saudi awareness of the nature of the group and its strategy through which it dominated education due to its knowledge of its importance, which enabled it during decades to extend its full control over it despite the shaking of its relationship with Saudi Arabia in some periods.

At the end of 2015, Saudi Arabia had initiated the withdrawal of 80 references from books that publish Brotherhood thought from Saudi schools and universities, among them books of prominent names such as Hassan al-Banna, Sayyid Qutb, Yusuf al-Qaradawi, Abi al-Ala al-Mawdudi, Abd al-Qadir Awda and Mustafa al-Sibai.

The Brotherhood infiltrated Saudi Arabia in the 1960s after a dispute with President Gamal Abdel Nasser and accused the group of being behind the attempt to assassinate him in the Mansheya incident and the subsequent trials, which led to hundreds of brothers fleeing to the Gulf states, mainly to Saudi Arabia.

The group sought to show allegiance loyalty to the kingdom in its dispute with Abdel Nasser, which enabled it to have a complete green light to dominate the vital areas in the country, especially in education that was left to its administration and the formulation of its approaches to the Brotherhood.

The Brotherhood imposed their ideology based on revenge and atonement for individuals and society itself as an expression of the Saudi official vision, while the traditional Saudi religiosity based on moderation and devoid of political employment declined.

Students at various levels began studying according to books such as “Milestones in the Road” by Sayyid Qutb or “Jihad for the Path of God” by Abi Al-Mawdudi, which were the books that created the intellectual and psychological ground for the emergence of strict generations in Saudi Arabia, and these books were the motivation for the participation of Saudis in the process of attacking New York in September 2001.

Saudi Arabia had opened the doors of teaching before many names of Brotherhood leaders such as Muhammad Qutb (brother of Sayed Qutb), the Syrian Saeed Hawa, and Abdullah Azzam who played a major role in attracting young people to fight in Afghanistan, and collecting donations for jihadi groups led by al-Qaeda that masterminded and carried out the September attacks .

The second wave of the Brotherhood’s infiltration came to Saudi Arabia after the 1991 Kuwait war and the ensuing opening of the door for Egyptian teachers and teachers in the Gulf in general who came with them with the updated version of the Brotherhood’s proselytizing, which is the version that tried to “absolve” of the discourse of governance, violence, and atonement for which the books of Sayyid Qutb were founded. Al-Mawdudi and reconciling with local Saudi Salafism.

The Brotherhood found in the tide the pleasure a golden opportunity to re-establish their influence in the vital institutions and keep the eyes out of their activities, especially with the beginning of an official Saudi concern regarding the politicization and employment of religion, a concern that widened with the emergence of the Iranian revolution led by Ayatollah Khomeini and influenced by branches of the Muslim Brotherhood in it and their enthusiasm for its rhetoric on Exporting the Revolution.

And the Sorority, which brought to Saudi Arabia the Syrian Muhammad Zain Al-Abidin, is a flawed face based on mixing Salafism to satisfy the official orientation of the state in Saudi Arabia with the Brotherhood’s thinking based on politicizing religion. International Brotherhood, which was led by Yusuf al-Qaradawi. 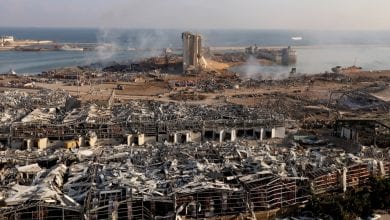 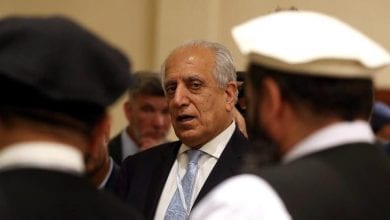 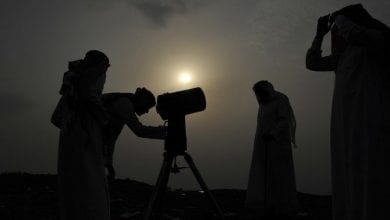