Donald Trump has announced that Sudan and Israel have agreed to the normalization of relations.
“Today we announce another dramatic breakthrough towards peace,” he said. “Today Khartoum says yes to peace with Israel, yes to acknowledging Israel and yes to normalization with Israel. This is a new era, an era of true peace.”
Israeli Prime Minister Benjamin Netanyahu confirmed that Israel was taking steps to normalize ties with Sudan, calling it the start of “a new era” in the region.

In a statement in which he thanked Trump for brokering the deal, Netanyahu also said that Israeli and Sudanese delegations would meet soon to discuss commercial, agricultural, aviation, migration issues and other areas for the benefit of the two peoples.

“The skies of Sudan are now open to Israel, which allows direct and short flights between Israel, Africa and South America,” Netanyahu said.

“In light of this historic progress, and following President Trump’s decision to remove Sudan from the State Sponsors of Terrorism list, the United States and Israel agreed to partner with Sudan in its new start and ensure that it is fully integrated into the international community,” a joint statement of the three countries read.

“The United States will take steps to restore Sudan’s sovereign immunity and to engage its international partners to reduce Sudan’s debt burdens, including advancing discussions on debt forgiveness consistent with the Highly Indebted Poor Countries Initiative.  The United States and Israel also committed to working with their partners to support the people of Sudan in strengthening their democracy, improving food security, countering terrorism and extremism, and tapping into their economic potential.”

Shortly before the announcement. President Trump informed Congress of his intent to formally rescind Sudan’s designation as a State Sponsor of Terrorism.

“This follows on Sudan’s recent agreement to resolve certain claims of United States victims of terror and their families,” a statement by Judd Deere, the White House Deputy Press Secretary read. It also noted that yesterday, the transitional government of Sudan transferred $335 million into an escrow account for these victims and their families.

“By finally serving justice for the American people, President Trump was able to achieve what previous presidents could not – the resolution of longstanding claims of victims of the East Africa embassy bombings, the attack on the USS Cole, and the murder of USAID employee John Granville,” Trump said in a statement. “This is a significant achievement for the President and his Administration and brings a measure of closure to many to whom it has long been out of reach.”

President Trump held a conference call in front of reporters at the Oval Office with Israeli Prime Minister Benjamin Netanyahu and the Prime Minister of Sudan. Netanyahu thanked Trump for brokering the agreement and said: “We are expanding the circle of peace so rapidly with your leadership.”

Trump said that there are “many, many more coming.” and that there were “at least five” who wanted to come in to the deal.

President Donald Trump’s decision to remove Sudan from the US list of state sponsors of terrorism helped pave the way for Khartoum to become the latest Arab state to reach a deal on rapprochement with Israel, the official told Reuters, speaking on condition of anonymity.
It would mark a new foreign policy achievement for Trump as he seeks re-election on Nov 3 trailing in opinion polls behind Democratic rival Joe Biden.
“Do you think ‘Sleepy Joe’ could have made this deal?” Trump asked Netanyahu, using the president’s pejorative nickname for Biden a day after their final, rancorous debate of the 2020 presidential campaign.
Netanyahu, reliant on bipartisan support for Israel in Washington, responded: “Uh… one thing I can tell you is we appreciate the help for peace from anyone in America.”
Israel’s ambassador to the UN, Gilad Erdan, spoke by phone with his Sudanese counterpart, Ambassador Omer Mohamed Ahmed Siddig congratulating each other while agreeing to meet in coming days to discuss cooperation at the UN in the areas of technology, agriculture, trade and tourism.
Erdan was received the announcement on the normalization between the respective countries during his first working meeting with Bahrain’s Ambassador Jamal Fares Alrowaiei.
On Monday he is set to speak for the first time before the Security Council in a discussion that is expected to focus on the latest developments in the region.
Trump’s aides view his pro-Israel policies as appealing to Christian evangelical voters, who are among his biggest supporters.
Trump insisted the Palestinians also “are wanting to do something” but offered no proof. Palestinian leaders have condemned recent Arab diplomatic outreach to Israel as a betrayal of their nationalist cause and have refused to engage with the Trump administration, seeing it as heavily biased in favor of Israel.
Trump announced on Monday he would take Sudan off the terrorism list once it deposited the $335 million it had pledged to pay in compensation. Khartoum has since placed the funds in a special escrow account for victims of al-Qaeda attacks on US embassies in Kenya and Tanzania in 1998.
Trump on Friday formally notified Congress of “his intent to formally rescind Sudan’s designation as a State Sponsor of Terrorism,” the White House said, It called the move a “pivotal turning point” for Khartoum, which is seeking to emerge from decades of isolation.
At the same time, Trump’s aides have been pressing Sudan to take steps toward normalizing relations with Israel, following similar US-brokered moves in recent weeks by the United Arab Emirates and Bahrain.
The agreement is expected to commit to initial steps on economic and trade relations, with issues such as formal establishment of diplomatic ties and exchange of ambassadors to be resolved later, the senior US official said.
A key sticking point in the negotiations was Sudan’s insistence that any announcement of Khartoum’s delisting from the terrorism designation not be explicitly linked to establishing ties with Israel.
The military and civilian leaders of Sudan’s transitional government have been divided over how fast and how far to go in establishing ties with Israel.
The Sudanese premier wants approval from a yet-to-be formed parliament to proceed with broader normalization, and that may not be a quick progress given sensitivities and civilian-military differences.
The agreement was negotiated on the US side by Trump son-in-law and senior adviser Jared Kushner, Middle East envoy Avi Berkowitz, national security adviser Robert O’Brien, Secretary of State Mike Pompeo and national security aide Miguel Correa.
Kushner called the normalization deals the start of a “paradigm shift” in the Middle East. He said Sudan’s decision was symbolically significant because it was in Khartoum in 1967 that the Arab League decided not to recognize Israel’s right to exist.
Sudan’s designation as a state sponsor of terrorism dates to its toppled ruler Omar al-Bashir and has made it difficult for its transitional government to access urgently needed debt relief and foreign financing.
Many in Sudan say the designation, imposed in 1993 because Washington believed Bashir was supporting militant groups, has become outdated since he was removed last year.
US congressional legislation is needed to shield Khartoum from future legal claims over past attacks to ensure the flow of payments to the embassy bombing victims and their families.
Arab Observer
 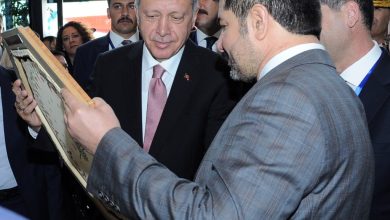 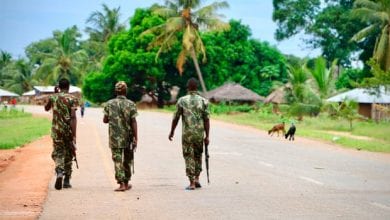 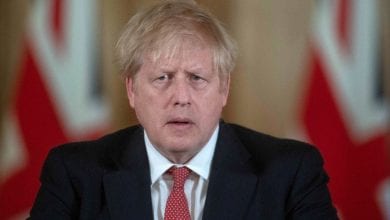 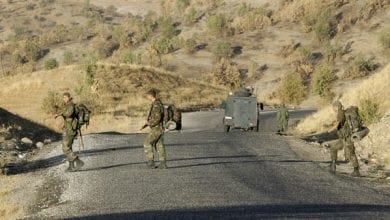