Throughout the 1980s, Islamists, like those in the Muslim Brotherhood, took on new relevance for the Reagan administration’s cold warriors following the Soviet invasion of Afghanistan in December 1979. Throughout this period, the CIA and Pakistani intelligence worked closely with the Muslim Brotherhood’s Pakistani branch, Jamaat-e-Islam, to keep the Red Army tied down inside Afghanistan. In spite of criticism that the US operation helped unleash the forces of radical Islam that led to the creation of Al-Qaeda, influential US policymakers still view the operation as a major success. Years later, a journalist from Nouvel Observateur asked Zbigniew Brzezinski, President Carter’s National Security Advisor, if he regretted the Afghanistan operation. He answered, “Regret what? The secret operation was an excellent idea…. What is more important in world history? The Taliban or the collapse of the Soviet empire? Some agitated Muslims or the liberation of Central Europe and the end of the Cold War?”

But regardless of its ties to Islamic militants in Afghanistan, the US remained cautious with respect to Egypt, lest it upset the delicate balance of forces that kept Egypt’s peace agreement with Israel intact. In the end, America’s fear of upsetting the Egypt-Israel peace would be the driving force of US policy toward Egypt until the waning days of the Mubarak regime. Diplomatic cables from the 1980s and 1990s, made available through WikiLeaks, tell us that the US Embassy in Cairo sought to maintain limited contacts with the Brotherhood, while in turn the Brotherhood, fearful of bad publicity and a government backlash, asked American diplomats to obtain official permission for future meetings. Later, it became US policy to restrict diplomatic contacts to Brotherhood members who were sitting members of parliament or officials of professional syndicates in order to comply with the letter of the law, if not its spirit. As one cable from 1999 explains, “We call on them in their capacities as syndicate leaders, not as members of a banned group.” The cables also display a considerable degree of skepticism regarding the Brotherhood’s intentions and motives, hinting in many instances that American diplomats suspected that the organization’s public commitment to non-violence, democracy, and equality for Egypt’s Copts was only a façade.
This would not change much under President George W. Bush. After 9/11, the Bush administration adopted an ambitious agenda of democracy promotion throughout the Middle East. However, the Brotherhood’s great electoral success in Egypt’s 2005 elections—where they won approximately 20 percent of seats, up from 3 percent in the 2000 elections—and Hamas’s victory in the Palestinian territories a few months later, proved quite embarrassing to the US and slowed its push for democracy in the region. Like previous administrations, when faced with a choice between national interests in maintaining the status quo and the promotion of democracy, the former has always been paramount. It would take the events of 2011 to turn decades of American policy on its head.
An “Orderly Transition”
American pressure to oust Mubarak and advocacy for democratic change in the midst of the Arab Spring has stoked suspicions in some quarters. Nonetheless, despite recent accusations that the US has been secretly supporting the Muslim Brotherhood, that key US officials are “sympathetic” to the Brotherhood’s aspirations or have links to Islamic organizations, and that the Obama administration secretly financed Morsi’s presidential campaign, we should take claims of this nature with a grain of salt. It is worth recalling the ponderous US response to the outbreaks of the uprisings against Tunisia’s Zine El-Abidine Ben Ali and Egypt’s Hosni Mubarak.
American pressure to oust Mubarak and advocacy for democratic change in the midst of the Arab Spring has stoked suspicions in some quarters.
The US was caught completely off guard by the Tunisian and Egyptian uprisings, though there were certainly indicators that unrest could occur in Tunisia, thanks to the corruption of Ben Ali’s family and senior officials. There was no way anyone could have known that the tragic death of a young Tunisian man, Mohammed Bouazizi, who set himself on fire on 17 December 2010 in protest at the confiscation of his fruit cart by municipal officials, would be the spark that set off a chain of events that shook the world. By the time Bouazizi died of his wounds in early January 2011, few in Washington truly understood the implications of what was taking place in Tunisia. As word of Bouazizi’s self-immolation spread, anti-government riots broke out across Tunisia. It was not until 7 January that the US acknowledged the unrest, calling in the Tunisian ambassador to criticize his government’s handling of the riots and urge restraint. Despite the timing, it was likely pure coincidence that US Secretary of State, Hillary Clinton, traveled to Qatar amid the unrest, and gave a speech that pressed Arab leaders to “further open their political systems,” since it had become clear that progress toward reform had “stagnated.”
Meanwhile, the situation inside Tunisia was deteriorating rapidly, with the New York Times reporting on 11 January that as many as fourteen people had been killed. This prompted the State Department to reiterate to the Tunisian government the Obama administration’s “concerns not only about the ongoing violence, the importance of respecting freedom of expression, but also the importance of the availability of information.” But the violence continued and by 13 January an additional sixteen people had been killed, prompting Ben Ali to indicate that he would step down at the end of his term. This was not enough. That day, the Tunisian military made it clear that it would not put down the uprising by force. Abandoned by the military, Ben Ali fled into exile with his family.
The US government was shocked, and before long President Obama criticized the CIA for failing to predict the uprising in Tunisia and Ben Ali’s abrupt departure. According to American journalist Mark Mazzetti, US officials “focused their criticism on intelligence assessments last month [January 2011] that concluded, despite demonstrations in Tunisia, that the security forces of President Zine El-Abidine Ben Ali would defend his government,” but this clearly did not happen. Indeed, as one US official observed, “Everyone recognized the demonstrations in Tunisia as serious … What wasn’t clear even to President Ben Ali was that his security forces would quickly choose not to support him.” Indeed, US officials were open about how surprised they were by Ben Ali’s departure, with Admiral Mike Mullen, the Chairman of the Joint Chiefs of Staff, admitting on The Daily Show on 3 February that Ben Ali’s overthrow had “taken not just us, but many people, by surprise.” Going further, Mullen said, “To a great degree I think the timing of it certainly caught us [by surprise]—as [unrest] moved from Tunisia … to the really difficult challenge that is there right now in Egypt.” 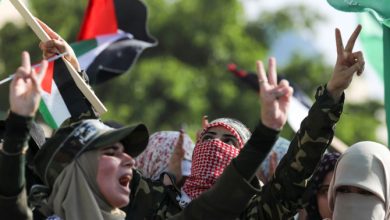 Absence of a political horizon invites instability in Palestine There should be no more Middle East exception in US policy 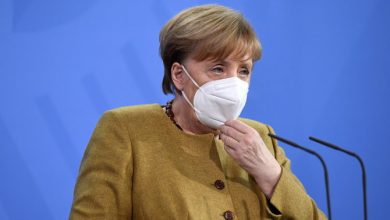 Germany unprepared for new era due to Merkelism’s failures