In 2017, Tunisia passed Law-58 on the Elimination of Violence Against Women. This breakthrough framework codified protection for survivors of domestic abuse, including injunctions to keep abusers away from the family home.

It acknowledged the existence of economic and psychological abuse and increased the punishments for such crimes. It also removed the exemptions that allowed rapists to avoid punishment by marrying the survivor of their crime, among other measures.

This law was a real guiding light for lawmakers in the Middle East and North Africa, and there are definitely lessons to be learned from it, particularly as more nations begin to implement strategies for development that include enhanced rights and empowerment for women.

Just this week, Human Rights Watch published a report that evaluates the success of Tunisia’s law. Sadly, it looks like implementation is lacking. In other words, the law has changed but the culture has not. There are still far too many women facing serious danger in their own homes.

This is corroborated by “Combating Violence Against Women in Tunisia For The Year 2021,” a report published in August by Tunisia’s own Ministry of Women, Family, Childhood and the Elderly, which concluded that too many discriminatory laws still remain in effect.

Women’s rights in Tunisia are relatively advanced, compared with the wider region. The 2014 Constitution granted equality of career opportunities regardless of gender at all levels and in all fields. A third of the country’s MPs are women, for example.

Not only did Tunisia put in place one of the strongest laws in the region for the protection of women, it followed this up with a study to investigate what elements of it are and are not working so far.

In 2013 the government introduced a National Action Plan for the Elimination of Violence Against Women. This was designed to educate the population, introduce free emergency hotlines and provide care for survivors of domestic violence. Training was also offered on how to intervene to stop violence against women in public places.

These are powerful steps forward and one might think they would have created a firm foundation on which to protect women who are suffering, or at risk of suffering, as a result of domestic violence.

However, the researchers who worked on the Human Rights Watch report interviewed 100 people, of whom 30 were survivors of domestic abuse. Other interviewees included people responsible for setting or upholding the law, or providing services designed to help keep vulnerable women safe, such as service providers, judges, lawyers and police officers.

The investigation found 69,000 violent crimes against women and children were reported to law enforcement in 2021. Yet the number of calls to the Green Line 1899 emergency hotline fell from 15,000 in 2020 to 7,600 in 2021. While this could be representative of a decline in abuse, at least one of the interviewees told of repeated attempts to call the helpline and getting no response.

How much of this reduction in the number of calls, therefore, was due to a lack of resources for staffing and operating the lines? Or because the COVID-19 pandemic and resultant lockdowns affected both the running of the hotlines and the opportunities for women to find themselves safe and alone so that they could call for help?

There are several important issues here. Interviewees reported cases in which police assistance was requested and domestic violence reported but no action was taken by the authorities. Indeed, in some cases the police encouraged the survivors to return to their abusers. In addition there are concerns that front-line responders working at helplines or shelters are not receiving training of a high enough standard, and that they are being overwhelmed.

Another issue is poor communication of the right of women to legal help and where to goo for it — many are not told they are entitled to free legal counsel at all — or where to find shelters. This is reportedly affected, in part, by high rates of illiteracy among women in rural areas.

In 2016, the UN Educational, Scientific and Cultural Organization estimated the rate of adult literacy among women in Tunisia was only 74 percent. According to figures from the National Institute of Statistics for 2018, more than 30 percent of women in rural areas were unable to read (this was an improvement from 40 percent in 2014). As a result, these women did not vote or participate in municipal life. They were less likely to know about the law and their rights, and therefore to insist that they be upheld.

It is much more difficult for women in rural places to admit they are being subjected to violence. There are fewer women to stand with them in support, and the officials in charge are more likely to be men and more likely to at least know, if not be friends with, the abusers.

The introduction of something so important as Law-58, and the issue of women’s rights in general, should not be hidden away in words in newspapers and on websites. They need to be talked about openly and discussed on TV shows and radio broadcasts. TV drama series need to include them in their plots. There should be clear, diagrammatic posters in all public places. Children should be taught at school about these laws and what they mean.

The 2017 law needs to be something that people can talk about openly in such a commonplace way that the idea of disobeying it becomes nonsense, unfashionable and eventually socially unacceptable.

There needs to be a central, official body that can hold police departments to account. Safe houses must be provided as an intermediary step in helping survivors of abuse, where police officers can assist them, listen to their stories and ensure the survivors know all of their rights, with legal support and follow-up to ensure cases are progressed.

Financial independence is an essential first step. Women who are financially tied to their abusers, particularly if they have children, feel stuck or, worse, trapped. They often feel that if they speak out they will be thrown out of their homes, perhaps even disowned by their families and communities.

Emotionally, of course, this is huge and terrifying, particularly if the woman is from a rural community and that community is all she has. Money of her own gives a woman the ability to afford somewhere else to sleep and put food on the table, and so more of a choice to leave an abusive relationship.

The fact that the constitution grants equal career opportunities is very important. A World Bank report on “Women, Business and the Law” reveals that many Middle Eastern countries have discriminatory laws and strong cultural pressures that prevent women from accepting certain roles or working at certain times of day. Many also have no legal protection against sexual harassment in the workplace. Tunisia, however, is leading the way on changing this, at least on paper.

The report by the Ministry of Women, Family, Childhood and the Elderly recognized that improvements are needed on a systemic level to hone strategy, procedures and training, but also in terms of the financial support and coordination of support services. The ministry has since opened additional shelters for women across the country and more are planned.

Regardless of the results that are evident at this particular moment in time, I think it can be agreed that Tunisia is certainly moving in the right direction and making a concerted effort. Not only did it put in place one of the strongest laws in the region for the protection of women, it followed this up with a study to investigate what elements of it are and are not working so far.

This is a great example for the rest of the region and all other nations should definitely follow suit, but with more training, communication and follow through. 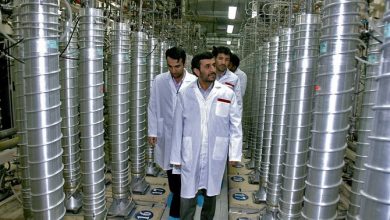 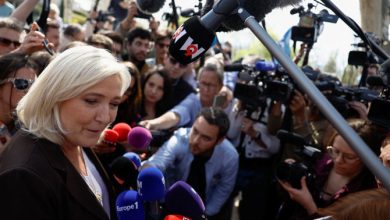 If Le Pen wins, it will be Macron’s fault