Speaking to reporters at Ankara’s Esenboğa International Airport following his arrival, Jeffrey said Turkey, as a NATO ally, encountered a great threat in Idlib in northwestern Syria from the Bashar Assad regime and Russia.

Jeffrey said he came to Ankara to reevaluate the situation with the Turkish government, adding that the U.S. will provide as much support as possible to Turkey.

He also extended his condolences to the country for Turkish troops killed by the regime attacks in Idlib earlier Monday.

Stressing the importance of solidarity, Outzen said his country will continue to be in close contact with Turkey.

“In Ankara, Ambassador Jeffrey will meet with senior Turkish officials to discuss the Assad regime’s Russian-backed destabilizing military offensive in #Idlib and how we can work together toward a political solution to the Syrian Conflict,” the U.S. Embassy in Turkey also said on Twitter earlier.

“The destabilizing actions of Russia, the Iranian regime, Hizballah & the Assad regime are hindering the establishment of a nationwide ceasefire in Syria as called for an UNSCR 2254 & the safe return of hundreds of thousands of displaced persons in northern Syria to their homes,” it added.

The embassy also called for “an immediate ceasefire and full access to the affected areas by humanitarian organizations to alleviate the suffering of the hundreds of thousands that have fled the incessant bombing.”

The Turkish military continued to send reinforcements to the border, as the Turkish troops are in Idlib as part of an anti-terror and peace mission.

A 50-vehicle convoy was sent from the southern province of Şanlıurfa and was on its way west to Hatay province “to bolster military units on the Turkey-Syria border,” reports said Tuesday.

Idlib has been a stronghold of the opposition and anti-government armed groups since the outbreak of the Syrian civil war in 2011.

In September 2018, Turkey and Russia agreed to turn Idlib into a de-escalation zone in which acts of aggression are expressly prohibited.

But more than 1,800 civilians have been killed in attacks by the regime and Russian forces since then, flouting both the 2018 cease-fire and a new one that started on Jan. 12.

“We continue to voice that the slaughter against civilians in Syria must stop. However, I do not think that we will conduct a direct military intervention in Idlib,” he said. 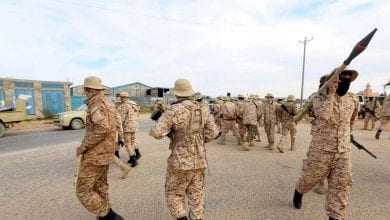 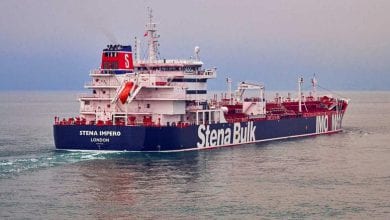 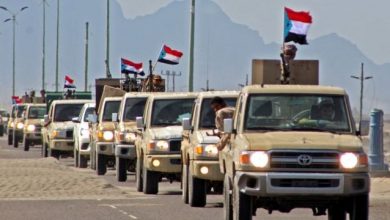 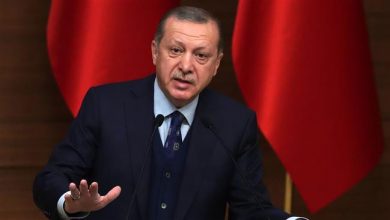