The German government announced on Friday negotiations with Ankara to create a framework for Turkish schools to be opened in Berlin, Cologne and Frankfurt, sparking debate over the schools’ role in increasing Turkish President Tayyip Recep Erdogan’s political influence abroad.

The three cities are among Germany’s largest and have significant population centers of Turkish citizens and Germans of Turkish descent. Germany is home to some 3 million individuals with Turkish roots, half of whom hold German citizenship.

A spokesperson for Germany’s Foreign Ministry told reporters on Friday that the proposal primarily aims at “securing a legal basis” for German schools in Turkey.

Three German schools in Ankara, Istanbul and Izmir have a “long tradition” and “an excellent reputation,” according to the Foreign Ministry, and the government has similar educational arrangements with 20 other nations. The German school in Izmir shut its doors in 2018 due to a supposed licensing issue.

The prospect of a reciprocal arrangement in Germany has spawned a slurry of horror scenarios about how the schools would operate and the opportunity it would present Erdogan to undermine democratic values.

Since 2016’s failed coup attempt against his premiership, the Turkish president has purged civil society of dissenters and stands accused of eroding democratic norms in a nation once seen as the region’s most progressive.

“It is fatal that the federal government is negotiating with Erdogan to open its own private schools in Germany while the Turkish autocrat is driving his country’s critics into prison or exile,” Sevim Dagdelen, a lawmaker with Germany’s socialist Left Party and chair of the Parliament’s German-Turkish group, said in a statement. “Erdogan polarizes and divides our society. His schools are poisonous for integration and democracy.”

Disdain for the idea is one of few sentiments shared between parties at the extreme left and right of the political spectrum, albeit for different reasons.

“The establishment of Turkish schools in Germany is driving the Islamization of the German education system,” lawmaker Götz Frömming with the far-right, anti-immigration Alternative for Germany (AfD), said in a statement. “There are fears that Erdogan’s Islamist ideology will also be taught in schools on German soil in the future.”

Such fears are not confined to Germany’s borders. In early 2019, France moved to block a Turkish delegation’s plans to erect schools in Paris partially funded by Turkey that would teach the standard French curriculum as well as religious classes.

“Everyone knows that Turkey is moving towards Islamist fundamentalism and expansionism,” French Education Minister Jean-Michel Blanquer said at the time, according to The Times of London.

Meanwhile, reporters following the curriculum of Turkish schools in Albania have denounced them as “educational intervention” centers that are used by Erdogan as a tool for soft-power diplomacy.

Turkey, through the arm of the Maarif Foundation, the only parliamentary recognized provider of Turkish education abroad, operates nearly 300 educational institutions in 35 countries, mostly in South Asia, Africa and Southeast Europe, according to reporting by Balkan Insight.

The foundation is the successor to a network of schools once operated by Fethullah Gulen, the US-based Muslim cleric whom Erdogan suspects was the mastermind behind the 2016 failed coup attempt.

Though a finalized framework between Ankara and Berlin is still in the works, the spokesperson for Germany’s Foreign Ministry stressed that any agreement would “not create a new legal situation for schools” in Germany.

In practice, that means that such Turkish schools would have to abide by the same regulations as other private educational institutions in Germany, such as Waldorf Schools, Dr. Nele McElvany, executive director of the Center for Research on Education and School Development in Dortmund, told our reporters.

Such institutions can create their own lesson plans but must submit them for state approval in order to receive official recognition and public financing. The biggest criteria is that they align with German standards that prepare students for a variety of school-exiting exams.

Such scrutiny from authorities and the German public decreases the risk that Turkish schools in Germany would be able to spread Erdogan’s political ideology in line with lawmakers’ worst fears, McElvany said.

“You have more ability to act against ideological propaganda or the like [in schools] than in other areas, such as Islam classes at mosques in Germany, for example, where there is much, much less regulation,” she said. “Our school system is light years away from being so open so as to allow for unregulated influences to affect students.” 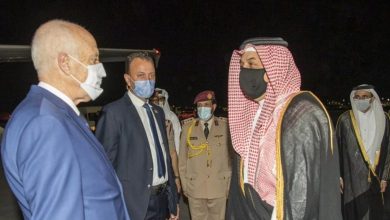 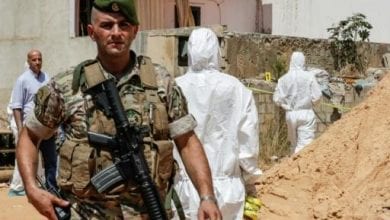 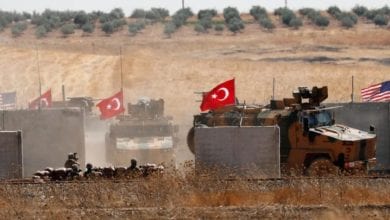