The Taliban are quickly learning that it is easier to fight an insurgency than it is to govern a country. There are plenty of examples — the complete breakdown in the Afghan healthcare system, Daesh’s continued attacks against innocent civilians, and the food shortages being felt by millions are only a few.

However, the Taliban have recently showed another example of incompetence by mistakenly transferring $800,000 to the Afghan Embassy in Tajikistan.

Soon after the fall of Kabul, the same embassy refused to recognize the legitimacy of the Taliban regime. Once the mistaken wire transfer was noticed by the Taliban, the group quickly requested that the embassy return the money to Kabul. Unsurprisingly, this has not happened. The head of the opposition-run embassy, Zahir Aghbar, has said that the funds will be used to pay the salaries of embassy staff.

It is noteworthy that the Taliban mistakenly sent such a large sum of money to the embassy. For many reasons, Tajikistan, and the pro-opposition Afghan Embassy there, are becoming a thorn in the Taliban’s side.

Of all the Central Asian countries, Tajikistan has been the most critical of the Taliban and the most supportive of the ethnic Tajik community in Afghanistan. Dushanbe has also given tacit support to the National Resistance Front of Afghanistan. This opposition force emerged in the Panjshir Valley in the wake of the Taliban’s takeover in August.

The NRF is led by the capable and astute Ahmad Massoud, the son of the former resistance commander Ahmad Shah Masoud, who fought against Soviet forces and the Taliban in the 1980s and 1990s. Although the NRF is largely ethnically Tajik, the group says that it supports Afghans of all ethnicities against Taliban oppression.

While neighboring countries such as Uzbekistan have gone out of their way to court the new rulers in Kabul, Tajikistan has taken a different approach to the Taliban-led government.

For Tajikistan, it is a simple matter of geography. Of all the countries in Central Asia, Tajikistan shares the longest land border with Afghanistan. In many places, this border is remote and unmonitored. There has been a history of extremist groups emerging from the region to threaten Tajikistan’s security.

Tajik President Emomali Rahmon recently announced: “Due to the unstable situation in the region I once again remind the people of Tajikistan that we must be ready to protect the peace and stability that have been achieved at a high price.” He has acted swiftly.

Tajikistan’s security concerns are not unfounded. It is obvious that the Taliban will be suspicious of Tajikistan’s support to the NRF. Many of the Taliban’s older leaders will remember that Tajikistan played such an important role in the 1990s supporting the Northern Alliance, the NRF’s predecessor.

There is no doubt that Tajikistan faces tremendous pressure from Russia and China when it comes to the situation in Afghanistan, but Dushanbe is unlikely to sit by idly while terror groups such as Ansarullah mobilize along its border.

It as been reported that the Taliban have handed control of the Tajik-Afghan border to Ansarullah and the Islamic Movement of Uzbekistan. Ansarullah is made up of Tajik extremists with the stated goal of overthrowing the country’s legitimate government. Ansarullah fighters who received their training in Iraq and Syria are now believed to be trying to infiltrate Central Asia. In a twist of geopolitical irony, the Taliban have also armed them with US-made equipment and weapons.

The NRF is also aware how important Tajikistan is to advance its cause. A political office of the NRF has been opened in Dushanbe. Although it has not been confirmed publicly,  a limited and unofficial helicopter air bridge is believed to have been established between Tajikistan and Panjshir.

Of course, the harsh Afghan winter has prevented the resistance from launching any major attacks against the Taliban. However, if the opportunity presents itself in the warmer months, the NRF will probably try expanding its territorial control to the north in the Afghan provinces of Badakhshan, Takhar and possibly Baghlan. These provinces have a sizable number Afghan Tajiks and would be more welcoming to the NRF, and control of the areas could create an important land bridge with Tajikistan.

There is no doubt that Tajikistan faces tremendous pressure from Russia and China when it comes to the situation in Afghanistan, but Dushanbe is unlikely to sit by idly while terror groups such as Ansarullah mobilize along its border.

Also, as “buyer’s remorse” with the Taliban becomes apparent in Moscow, it is possible that Russia could use Tajikistan to hedge its bets against the militants. So instead of preventing Tajik opposition to the Taliban and support for the NRF, Moscow is likely to turn a blind eye to Dushanbe’s actions in order to see how things play out in Afghanistan.

As the situation there continues to deteriorate, the effects will be felt across the region. How Tajikistan acts in the coming months could be crucial to the future and the viability of the anti-Taliban resistance in Afghanistan.

Keep a close eye on Tajikistan. 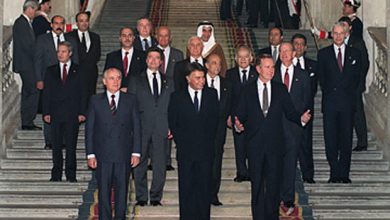 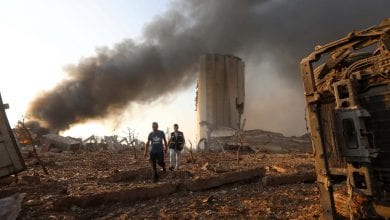 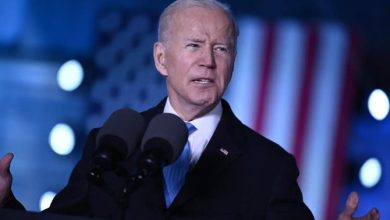 Sudan should not settle for anything other than true democracy