The demonstrators came out carrying banners against all political parties, accusing them of the deterioration of the country living conditions Because of the political battles that Libya has been witnessing since The fall of Muammar Gaddafi.

Hundreds of demonstrators gathered in Martyrs Square in Tripoli (formerly Green Square), where they demanded the provision of food commodities and a solution to the electricity crisis that has worsened in the country after the number of hours of power outage reached more than 15 hours a day.

The protesters demanded the departure of Abdul Hamid Al-Dabaiba and the State Council, and accused them of thwarting the political track in the country by implementing plans Brotherhood organization Aiming to thwart the parliamentary and presidential elections, they demanded that the Presidential Council be given all powers, declare a state of emergency, provide an explanation for the electricity crisis, and cancel the decision to lift fuel subsidies.

Militias loyal to Dabaiba tried to break up the demonstrations, but failed as the demonstrators insisted on staying, calling for an open sit-in to end the current political stalemate.

The city of Tobruk, in eastern Libya, also witnessed demonstrations of a political nature, and some accused the remnants of the former regime and Supporters of Saif al-Islam Gaddafi by moving it.

Libyan political analyst Moaz Al-Thaleb told “Sky News Arabia” that the failure of the Geneva negotiations to set a constitutional basis for holding the presidential and parliamentary elections is the reason for the outbreak of the situation and the calls of citizens to take to the street.

Al-Thaleb added that the situation in western Libya, especially Tripoli, is catastrophic, as electricity is cut off most of the day and the outage reaches 15 hours, and banks have no money at all and the withdrawal limit is very low, especially as we are on the verge of Eid.

He pointed out that the situation will flare up more, and that the demonstrations are run by groups on the communication sites and they have specific demands that they said they will not back down from; The first of these is the overthrow of Dabaiba, the taking over of the presidential council, and the development of a clear plan for holding parliamentary and presidential elections as soon as possible.

For his part, Libyan political analyst Ibrahim Al-Fitouri said that the Brotherhood is the reason for most of the crises that the country has now reached, and Al-Mashri and the State Council are the reason for the failure of the elections and now they have struck the political track in killing by thwarting the Geneva negotiations.

Al-Fitouri added that the Libyan people are tired of the attempts of political currents to cling to power and strike the democratic political path by thwarting the presidential and parliamentary elections, especially political Islam currents.

He added that this movement is the largest in many years, especially since many cities responded to the demonstrations all over the country. 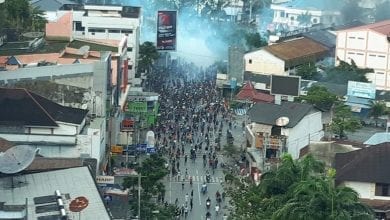 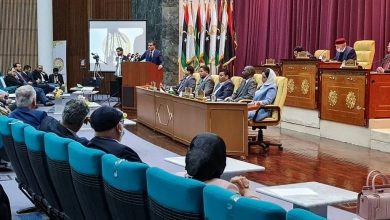 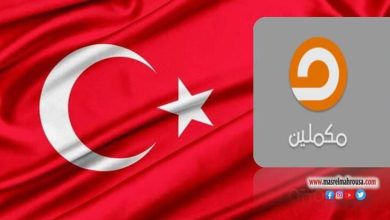 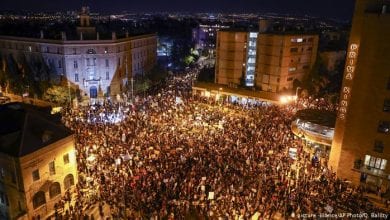