The Arab coalition supporting the government in Yemen called Saturday for a ceasefire in Aden where government troops and southern separatists have clashed for days.

The two forces are meant to be working as allies to defeat the Iran-backed Houthi militia, which control the capital Sanaa.

Shortly after the coalition statement, the Saudi foreign ministry called for an emergency meeting in the Kingdom.

“The Coalition’s Joint Command is requesting an immediate ceasefire in Yemen’s temporary Capital, Aden,” the coalition spokesman Col. Turki Al-Maliki said. “The coalition will use military force against anyone who violates the decision.”

Saudi Minister of State for Foreign Affairs Adel Al-Jubeir said Saudi Arabia “will always be the greatest supporter of the brotherly Yemeni people, and will do everything in its power to return peace and stability to Yemen.”

We reaffirm the Kingdom’s support to the legitimate Yemeni government, and the interim capital, against any action that may disrupt the security and stability of Yemen, and create opportunities for terrorists to exploit.

We call on all Yemeni parties in Aden to respond to the Kingdom’s immediate call for dialogue in Jeddah, put an end to the violence, unite ranks, and avoid dragging Yemen into further chaos.

“We call on all Yemeni parties in Aden to respond to the Kingdom’s immediate call for dialogue in Jeddah, put an end to the violence, unite ranks, and avoid dragging Yemen into further chaos,” he said on Twitter.

“We reaffirm the Kingdom’s support to the legitimate Yemeni government, and the interim capital, against any action that may disrupt the security and stability of Yemen, and create opportunities for terrorists to exploit,” he said.

Prince Khalid bin Salman, Saudi deputy defense minister, urged the feuding pro-government forces to exercise “restraint and the primacy of wisdom and the interests of the Yemeni state.”

“We reject any use of weapons in Aden and disturbance of security and stability,” he said on Twitter, adding that Saudi Arabia has “called for political dialogue with the legitimate Yemeni government in the city of Jeddah”.

He reaffirmed Saudi Arabia’s commitment “to support and maintain legitimacy in Yemen and to provide all means of support to the brotherly Yemeni people.”

“The unfortunate developments in Aden caused disruption of humanitarian and relief work, which is not acceptable to the Kingdom,” he said.

The alliance said the ceasefire would come into force at 1am on Monday and urged all sides to “retreat from the locations they have seized during the past few days without damaging public and private properties.”

The coalition, he said, “will not hesitate to face anyone that violates the announcement and continues to fight, undermine security and stability or targets government institutions in Aden.”

Al-Maliki said all parties should put the national interests of Yemen as a priority and make sure the Houthis or terrorist groups operating in the country do not divide them.

The Saudi foreign ministry said it had followed the followed “with great concern” the developments in Aden.

“As a result, an invitation was sent out to the Yemeni government and the parties to the conflict in Aden to hold an urgent meeting in the Kingdom in order to discuss and resolve differences by resorting to dialogue,” the ministry said.

The fighting erupted Wednesday when forces loyal to the Southern Transitional Council attempted to break into the presidential palace in Aden, AFP reported.

Reports Saturday said the STC and its paramilitary force had seized the presidential palace from the government of President Abed Rabbo Mansour Hadi. 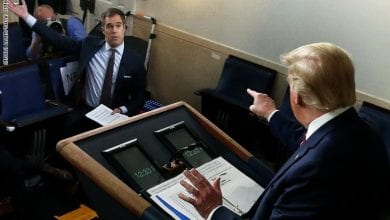 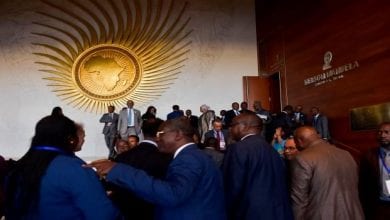 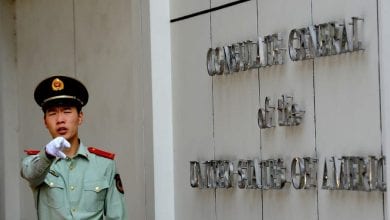