Bayern Munich emerged victorious in the ‘Klassiker,   Real Madrid were sunk by a hat trick of penalties, Lionel Messi looked more like his old self and a fairytale league title is about to be won in the Arctic Circle.

Bayern Munich once again got the better of Borussia Dortmund, beating their rivals 3-2 away in a thrilling “Klassiker” with goals from David Alaba, Robert Lewandowski — his 11th of the Bundesliga season — and Leroy Sane.

Erling Braut Haaland’s late goal for Dortmund proved to be a mere consolation, and Bayern are two points clear of RB Leipzig at the top of the table, and three ahead of Dortmund.

Bayern have now won 11 of their last 15 Bundesliga meetings with Dortmund since winning their 2013 Champions League final showdown. Hansi Flick’s team have also now won 33 of their last 34 matches but this latest victory was marred by the knee injury suffered by Joshua Kimmich.

The brilliant midfielder hurt himself trying to challenge Haaland and had surgery on Sunday. He will be out until January and will be greatly missed.

Real Madrid looked to be back on track after recent results, but Zinedine Zidane’s side capitulated in stunning fashion at Valencia, conceding three penalties and a Raphael Varane own goal in a 4-1 defeat against a struggling side.

It is Real’s worst La Liga loss since a 5-1 hammering by Barcelona in October 2018 which cost Julen Lopetegui his job as coach. Not that Zidane is likely to suffer the same fate, but the result equalled his worst margin of defeat as coach.

According to renowned Spanish sports statistician Mister Chip, Carlos Soler is just the third player to score a hat-trick of penalties in the same La Liga game, after Alen Peternac and a certain Alfredo di Stefano.

Madrid, with a game in hand, are fourth in La Liga, four points behind leaders Real Sociedad, who have won five straight games after defeating Granada 2-0.

Lionel Messi’s form at the start of the season had scarcely been better than the results of his ailing team, and on Saturday the Argentine was rested at kickoff against Betis. But he came on for the second half with the score 1-1 and helped Barcelona run away with the game.

A brilliant leave allowed Antoine Griezmann to make it 2-1, and his fifth penalty of the season made it 3-1. The Argentine’s first goal from open play in this campaign was Barca’s fourth, and they wound up winning 5-2 to give coach Ronald Koeman some breathing space.

Their next game is a trip to an Atletico Madrid side on a formidable 23-game unbeaten run.

Paris Saint-Germain kindly gave the rest of France a head start by losing their first two games this season, but on Saturday they made it eight straight wins since then by brushing aside Rennes 3-0.

That was despite the reigning champions being without a whole of host of players due to injury, including Neymar and Kylian Mbappe, and seeing three more go off during the game.

After the early hopes that this most unusual of years might offer up a title race in Ligue 1, Paris are now five points clear of Lille, whose unbeaten start to the campaign ended with a 3-2 defeat at Brest.

They may be struggling in the Champions League, but PSG look well placed to win yet another French title, even with one hand tied behind their backs.

From the small town of Bodo, just north of the Arctic Circle and a 16-hour drive from Oslo, Bodo/Glimt are on the brink of winning the Norwegian title for the first time after a remarkable season. Sunday’s 7-0 destruction of bottom club Aalesund moved them 18 points clear of reigning champions Molde with six games remaining.

They have lost just once all season and average almost 3.5 goals per game, with even the loss of winger Jens Petter Hauge to AC Milan not clipping their momentum.

Edged by Milan in Europa League qualifying in September, Bodo/Glimt are now set to bring Champions League football to the Arctic next season. 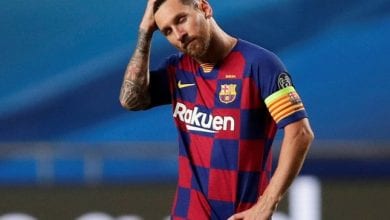 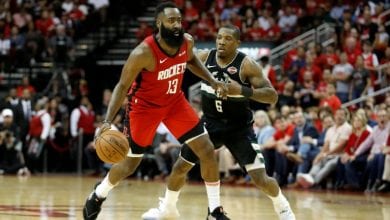 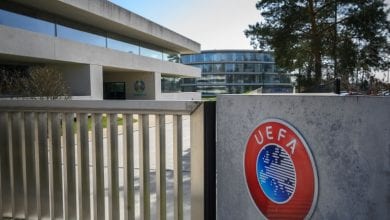