Jake Sullivan, President-elect Joe Biden’s nominee for national security adviser, expressed guarded optimism for restoring the nuclear accord with Iran even as the country has moved closer to developing nuclear weapons.

Sullivan, who spoke Monday at the Wall Street Journal CEO Summit, emphasized that any progress toward preserving or even enhancing the deal forged during the Obama administration would depend on international cooperation.

President Donald Trump announced that the U.S. was pulling out of the accord after he took office in 2017.

“We are in a dangerous situation,” Sullivan said at the Journal event, which was streamed on Vimeo, “they have enriched more uranium.”

“We just walked away, we’re alone,” he said.

“This is really up to Iran,” Sullivan said. If the country’s leaders refused to rejoin the nuclear accord, he said, the U.S could “go to the rest of the world and say, you’ve got to join us now” to formulate a strategy that would “show the Iranians there really is no other choice.”

He added that Biden’s goal was to get Iran “to come back into compliance,” with the agreement, the product of lengthy negotiations between the Tehran government and six world powers, a move that would put Iran’s “program back in a box.” Once that was accomplished, new negotiations could begin on other issues, including Iran’s involvement in other Middle Eastern countries.

In his remarks at the Journal session, Sullivan made clear that U.S. foreign policy in general was stronger “when we are working together with democratic allies” and with international institutions. 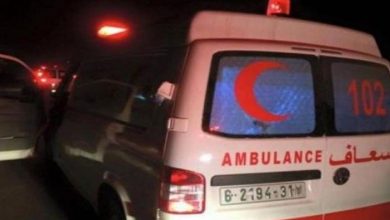 Palestinian martyr shot by Israeli soldiers at checkpoint near Jerusalem