The US-France relationship is by no means “special,” but the ties run deep. With America twice having come to France’s rescue in the face of German aggression and the young American republic having itself relied on France during its dramatic breakaway from Britain, the two sides have a reservoir of shared experiences.

In more modern times, during the Cold War, as the West huddled together, successive socialist governments in France did not see eye to eye with Washington. And as France sought to shape the EU to counter American power, the two sides diverged once again on policy, especially with regards to Russia.

Last week, however, more than a year after the French ambassador to Washington was astonishingly recalled, President Emmanuel Macron visited Washington in a bid to overcome the challenges to the bilateral relationship and coordinate more closely on key foreign policy issues.

As the first state visit under President Joe Biden and Macron’s second to Washington in four years, the privilege of this trip will not have been lost on the French president as he works to shore up France’s international relationships. For Biden, the arrival of his special guest was the culmination of months of careful diplomacy, as the US sought to bolster its ties with old allies following the Russian invasion of Ukraine.

Several meetings on the sidelines of international conferences and summits, a series of one-to-one phone calls and, most recently, personal greetings on Biden’s 80th birthday laid the groundwork for the visit, which was intended to highlight the premium the US president has placed on core alliances and his view of the importance of democracies in a world tested by autocracies. Much as he noted during his campaign to become president, Biden sees Macron as an example of democratic success amid rising populist forces and France as having a central role, with it being the US’ oldest ally and being led by a proactive leader on the international stage.

With the UK wracked by political turmoil, Germany rudderless after Angela Merkel’s departure, Macron — as the longest-serving G7 leader — has become the most prominent voice in Europe during the crisis in Ukraine. Though France previously diverged with its allies in its willingness to engage with Russia, during the April presidential election, right-wing candidates Marine Le Pen and Eric Zemmour denounced close ties with the US and NATO, while promising a rapprochement with Moscow. This shift in the narrative allowed Macron to reengage with the US on his own terms, amid concerns that NATO and the wider European project were at a greater risk of disunity and anti-American sentiment owing to the rise of populists.

Having positioned himself as the de facto leader of Europe, Macron is central to Biden’s plans to coordinate efforts to supply Ukraine’s military and sanction Russia for its invasion, which has caused spiraling energy prices in the West. Following Ukraine’s recent battlefield advances, both leaders are in a stronger position to consider negotiations with Russia. Though the two sides differ on the terms under which Biden would meet Russia’s Vladimir Putin, the renewed centrality of Europe following a disengagement under presidents Barack Obama and Donald Trump is clear as Biden seeks to mend ties in the 10th month of the war in Ukraine.

The war in Ukraine is, of course, not the most important issue for the two presidents. Aside from the visit being symbolically significant in returning the trans-Atlantic relationship to the center of American policy, it came alongside a need to collaborate on wider concerns. European security is at the forefront. Biden, like his most recent predecessors, is an advocate of the new “security architecture” for Europe, which Macron espouses.

On the economic front, the recent Inflation Reduction Act and the massive subsidies it gives to American industries smacks of protectionism to a Europe that is struggling in the current economic climate. As the French economy minister told France 3 television last week, “China favors its own production, America privileges its own production. It’s perhaps time that Europe favor its own production.”

China, of course, was a frequent reference during the trip, as the US and Europe seek to cooperate on containing Beijing’s ambitions in the Indo-Pacific and as Macron plans to visit China in the new year. Though the two men have not seen eye to eye militarily following America’s formation of the AUKUS defense grouping with the UK and Australia (from which France was excluded), Biden sought to close ranks with Paris.

Having positioned himself as the de facto leader of Europe, Macron is central to Biden’s plans.

As the two leaders met, they (predictably) evoked the spirit of Lafayette, the French marquis who commanded US troops in several key battles of the American War of Independence. These two allies clearly needed this opportunity to address current tensions in the trans-Atlantic relationship, notably over foreign policy, but also the economic consequences of creeping US protectionism. However, the hard reality that this trip may have gone some way to remedying is that Europe cannot rely on the US for its security indefinitely. Though Macron references European strategic autonomy, decision-makers in Washington are weary of wondering if a more independent Europe will still support American interests.

Though successive administrations have sought to wind down their European defense commitments, the US cannot afford to cut its postwar umbilical cord with democratic Europe in the current climate of rising autocracy. 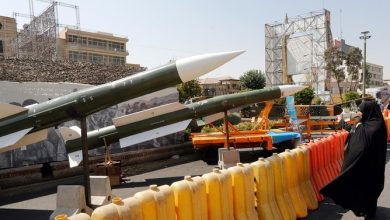 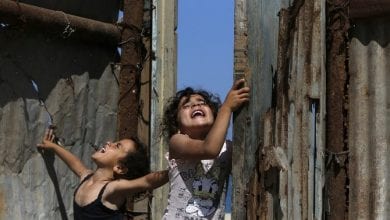 The war on innocence: Palestinian children in Israeli military courts 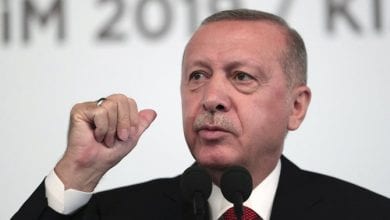