U.S. Secretary of State Antony Blinken warned China on Tuesday against using “coercion and aggression” as he sought to use his first trip abroad to shore up Asian alliances in the face of growing assertiveness by Beijing.

China’s extensive territorial claims in the East and South China Seas have become a priority issue in an increasingly testy Sino-U.S. relationship and are an important security concern for Japan.

“We will push back, if necessary, when China uses coercion and aggression to get its way,” Blinken said.

His visit to Tokyo with Defense Secretary Lloyd Austin is the first overseas visit by top members of President Joe Biden’s cabinet. It follows last week’s summit of the leaders of the Quad grouping of the United States, Japan, Australia and India.

Blinken’s comments come ahead of meetings in Alaska on Thursday that will bring together for the first time senior Biden administration officials and their Chinese counterparts to discuss frayed ties between the world’s top two economies.

Washington has criticised what it called Beijing’s attempts to bully neighbors with competing interests. China has denounced what it called U.S. efforts to foment unrest in the region and interfere in what it calls its internal affairs.

In the statement issued with their Japanese counterparts, Blinken and Austin said, “China’s behavior, where inconsistent with the existing international order, presents political, economic, military and technological challenges to the alliance and to the international community.”

The two countries committed themselves to opposing coercion and destabilizing behavior towards others in the region that undermines the rules-based international system, they added.

The meeting was held in the “2+2” format with Japanese Foreign Minister Toshimitsu Motegi and Defense Minister Nobuo Kishi as hosts.

North Korea was in sharp focus after the White House said Pyongyang had rebuffed efforts at dialogue.

The isolated nation, which has pursued nuclear and missile programs in defiance of U.N. Security Council resolutions, warned the Biden administration against “causing a stink” if it wanted peace, state media said on Tuesday.

Blinken underscored the importance of working closely with Japan and South Korea on the denuclearization of North Korea.

“We have no greater strategic advantage when it comes to North Korea than this alliance,” he said. “We approach that challenge as an alliance and we’ve got to do that if we are going to be effective.”

They also shared concerns over developments such as the law China passed in January allowing its coast guard to fire on foreign vessels.

The ministers also discussed Washington’s “unwavering commitment” to defend Japan in its dispute with China over islets in the East China Sea and repeated their opposition to China’s “unlawful” maritime claims in the South China Sea.

China has sent coast guard vessels to chase away fishing vessels from countries with which it has disputes in regional waters, sometimes resulting in their sinking.

Motegi said China-related issues took up the majority of his two-way talks with Blinken, and expressed strong opposition to the neighbour’s “unilateral attempt” to change the status quo in the East and South China Seas.

In Beijing, Chinese foreign ministry spokesman Zhao Lijian told a regular news briefing that U.S.-Japan ties “shouldn’t target or undermine the interests of any third party,” and should boost “peace and stability in the Asia-Pacific”.

Blinken expressed concern over the Myanmar military’s attempt to overturn the results of a democratic election, and its crackdown on peaceful protesters.

Motegi said Blinken expressed support during the meeting for the staging of the Tokyo Olympics, set to run from July 23 to Aug. 8 after being postponed from last year because of the coronavirus crisis.

But Blinken sounded non-committal in his remarks to Tokyo-based U.S. diplomats, saying the summer Games involved planning for several different scenarios. But he added, “Whenever and however Team USA ends up competing, it will be because of you.”

The U.S. officials ended the visit with a courtesy call on Prime Minister Yoshihide Suga, who is set to visit the White House in April as the first foreign leader to meet Biden.

Both will leave Tokyo for Seoul on Wednesday for talks in the South Korean capital until Thursday. 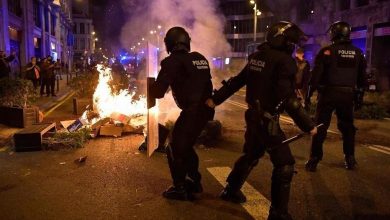 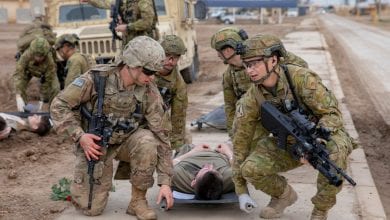 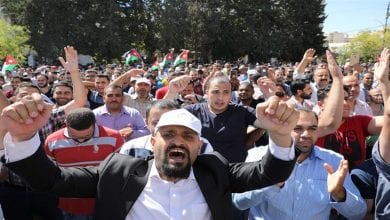 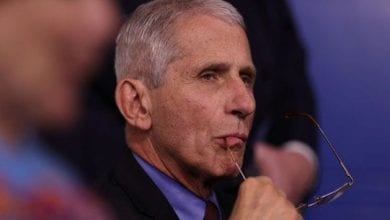