Bolivia’s former interim president said Friday that authorities are seeking her arrest as they move against officials who backed the ouster of former leader Evo Morales, which his party — now back in power — considers a coup.

“The political persecution has begun,” Jeanine Añez, who headed a conservative administration that took power after Morales resigned in November 2019, said on her Twitter account. “There is a complaint they are going to use to persecute me.”

Earlier, two officials in Añez’s government, including ex-Justice Minister Alvaro Coimbra, were arrested in the same city and transferred to La Paz to testify in a trial for terrorism and sedition relating to the violent 2019 protests and clashes that left 36 people dead and led to Morales’ ouster, said prosecutor Omar Mejillones.

The Prosecutor’s Office did not confirm that an arrest warrant had been issued for Añez – as her former justice minister had tweeted – but police officers were seen guarding her home in the city of Trinidad, northeast of La Paz, Friday night, apparently without trying to arrest her. The former president was not at home.

Mejillones said Bolivian prosecutors had ordered the detention of 12 former politicians, and military and police officials. He declined to say whether Añez was on the list.

On Thursday, arrest warrants were issued for the former head of the Armed Forces and police, who had urged Morales to resign amid the protests over his reelection, which opponents insist was fraudulent but supporters say was legitimate.

Members of the opposition on Friday accused the government of manipulating the justice system.

The ruling Movement Toward Socialism party has “mounted a judicial operation to implant the lie that there was a coup d’état when what there was was an (electoral) fraud,” said opposition deputy Edwin Bazán.

“Justice has to do its job,” he told reporters.

The interim authorities themselves tried to prosecute Morales and key members of his government, accusing them of rigging an election and of illegally suppressing dissent.

After almost 13 years in the presidency, Morales flew into exile in November 2019 at the urging of police and military leaders and Áñez, who had been several rungs down the line of succession, took power when those above her also resigned.

But Morales’ party won election again under his chosen successor, Luis Arce, and the former leader has returned home.

The decision to arrest former Gen. William Kaliman and ex-police chief Yuri Calderón was denounced by the independent Permanent Assembly of Human Rights of Bolivia, a group that originally emerged to confront military dictatorships in the 1970s and 1980s.

Both allies and foes of Morales allege they were victim of deadly persecution either before or after his ouster.

Kaliman and Calderón had said that only Morales’ resignation could pacify the polarized nation. Kaliman was replaced shortly after the leftist departed.

Defense Minister Edmundo Novillo told reporters that previous military commanders had “cleaned up” reports on the actions of security forces against pro-Morales demonstrators during the clashes.

Also under investigation is Luis Fernando Camacho, governor-elect of Santa Cruz province, who was a key backer of the effort to remove Morales. Official efforts to question Camacho on Thursday were suspended when a massive array of his followers appeared at the courthouse.

But former president and now opposition leader Carlos Mesa said “we face a judicial persecution operated by the Prosecutor’s Office which aims to install the lie of a coup d’état when what happened in 2019 was an electoral fraud.” 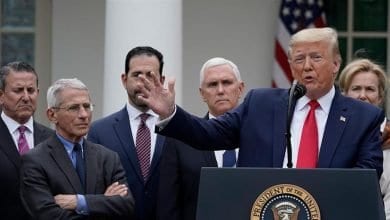 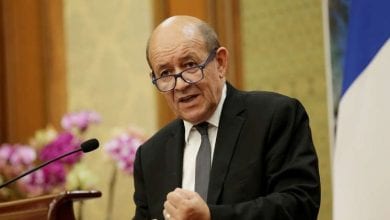 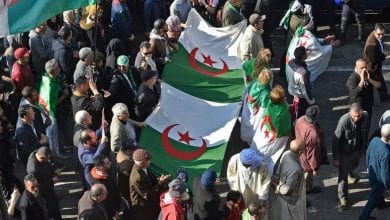